How to visually display overlapping information

Note: opens and bounced are the part of the sent slice.

How would it be best to display it graphically. I've thought of using a pie chart, which you can see below. 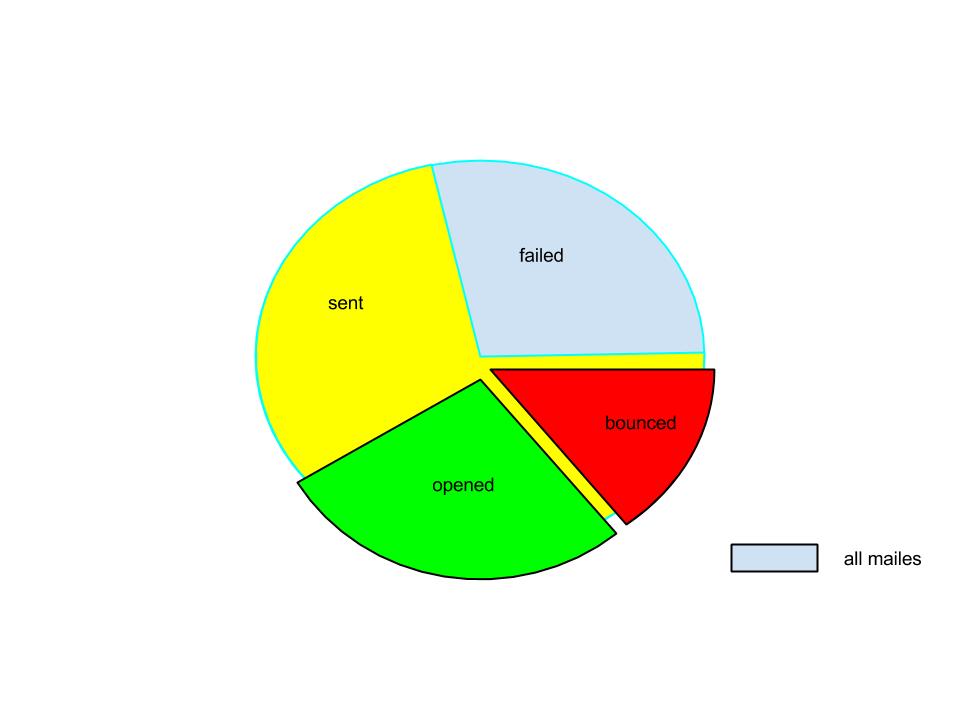 It seems like you're missing data about what users want to see.

Rough guess of what it might be and thing to approach target group with for further feedback and insights of their needs:

Stacked bar charts might also work, especially if you want to visually compare multiple campaigns. But I agree that the labels/values shown in your pie chart might not be helpful to the end users. Some people might consider a bounce a failure. Clarification on the data set will help you determine which chart type is most appropriate.

Use the chart to tell a story, without a story the chart just shows the data that’s already in the table, but then in a less readable way.

I can only make a guess what that story should be, but I assume that it is about telling the difference between the total of emails that were attempted to be sent, the amount of sent/received emails and the ones that got opened/read.

Therefore I would propose the following bar chart. The bar on the left shows the total attempts. The bar in the middle shows the amount that was successfully sent and also shows how much did bounce. The bar at the right shows how many emails got opened and can be easily compared against the other two bars. 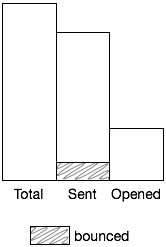 Note: color can make it difficult for people with color blindness to quickly understand a chart, use it with care.

15
Chart drill-down affordance?
3
Alternatives to pie charts in a table
5
Report page with data table and chart
3
Charts: Unlimited data, limited colors
1
Graph values inside a set of values, best way to display?
5
Best way to show your skills on a resume?
3
How to show negative values in a pie chart?
1
Best way to display users by location
2
Whats the best way to graph percentage data?
1
Representing multi layered data in dashboard