How to show negative values in a pie chart?

I have a list of accounts and want to show the balances in a pie chart. That's pretty straightforward as long as all of the accounts have a positive balance.

When some of the accounts have negative balances (such as a loan or an overdraft checking account) is there some clever way to still present that data as a pie chart?

If by some reason you really have to show negative values in a pie chart (which in our project we do), you may consider using the following style: 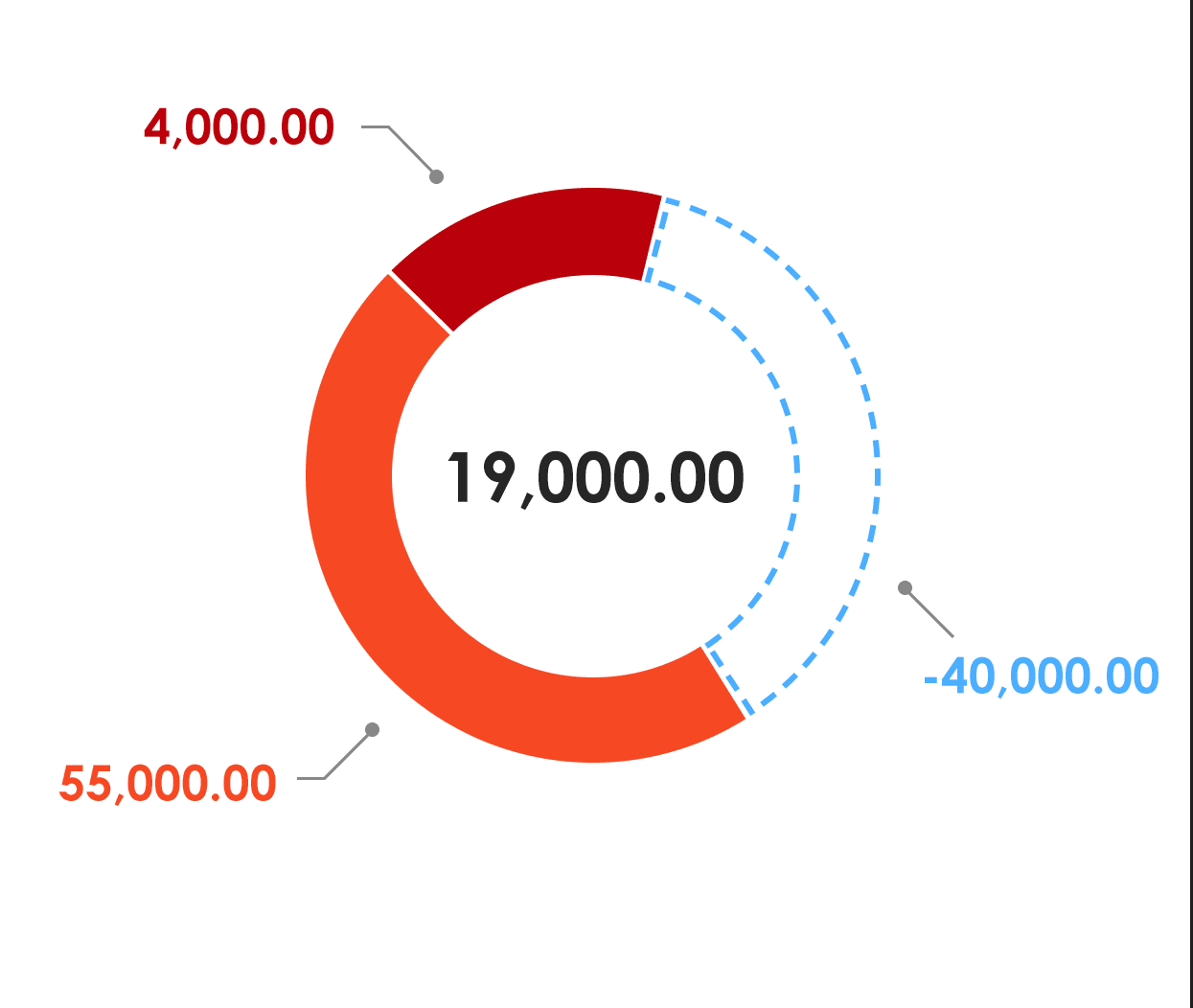 In the above chart, the summation of all values is 19,000 and pie area only illustrate the comparison of the absolute values for each component.

Use the right visualization

Pie charts represent constituents of a whole. As you've discovered, this doesn't work when numbers can go into the red.

Use bar or line charts for more flexible (and arguably more informative) visualization. 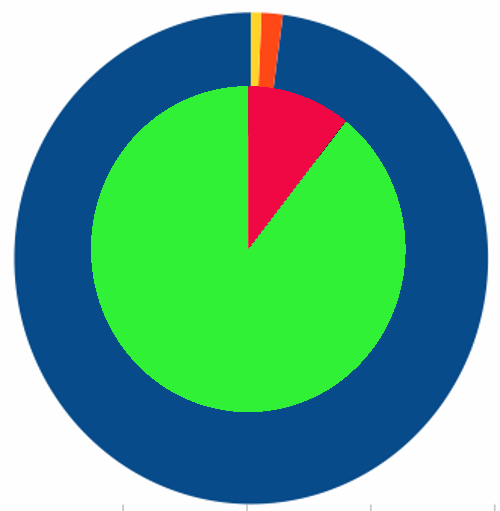 (Don't comment on the ugly colours, just a picture to help explain what is in my head)

But I think in general that a pie chart is probably not the best choice for representing such data. 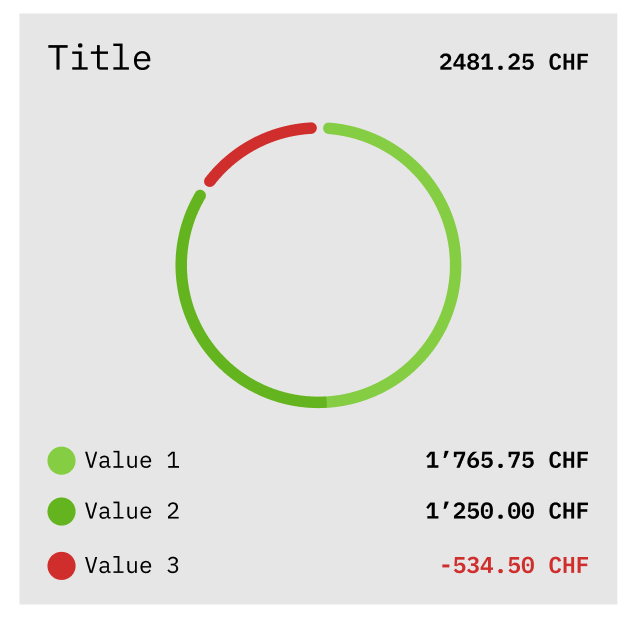 So this topic just landed on my desk, and so far I have this solution, until I found this question and now I'm unsure.

There are the obvious solutions like bar or line graph. I have currently tried all solutions.

6
What's the best way to graph results of a matrix ranking question?
3
Alternatives to pie charts in a table
5
Innovative pie chart? Is there any graph that can be used instead of pie chart?
1
Visualising assets, liabilities, revenues, and expenses - together
4
Data visualization for queued items
4
How to manage large data sets that need to be displayed on a dashboard?
2
Displaying results of conditional questions
2
How to visualize status where a lower number or a zero is better than a higher number?
4
How to make a pie chart more intuitive
1
Stacked Bar Chart Movement User Experience