What is the name of this element?

I'm trying to find out what the name of the element which asks you to choose which application to open a file in. This is on Android OS. 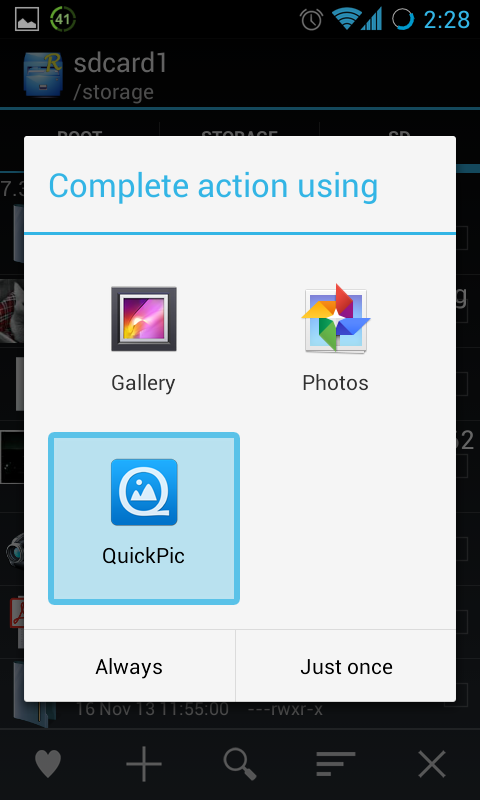 Does anyone know the name?

It depends on whether it makes sense to let the user choose a default or not.

If yes, then you're looking for a disambiguation dialog. In newer Android versions, it's a bottom sheet rather than a dialog: 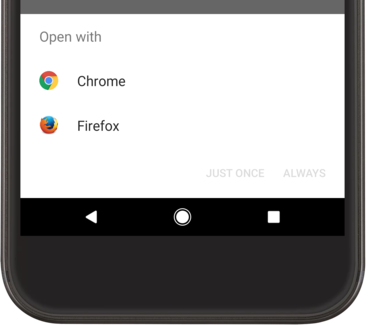 If, on the other hand, you want the user to choose the app every time (such as with a custom share dialog), you would use an app chooser, which looks like this: 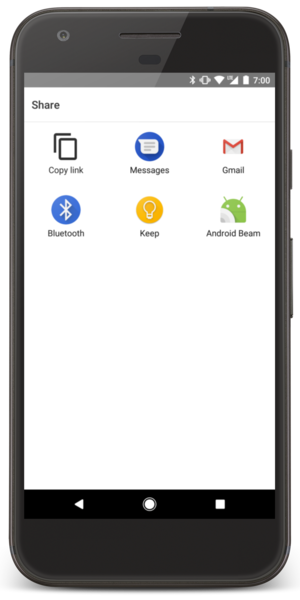 Note the lack of "Just once" and "Always" buttons in this dialog.

According to the developers' information from Android it is an App Chooser.

@Mike answered with a good name which is "App Chooser." This is the name used by the guidelines.

"It depends on whether it makes sense to let the user choose a default or not.

If yes, then you're looking for a disambiguation dialog. In newer Android versions, it's a bottom sheet rather than a dialog:" "Note the lack of "Just once" and "Always" buttons in this dialog."

It has nothing to do with the default setting selection part of the dialog. There's nothing in the guidelines that says that.

Here is your disambiguation reference: 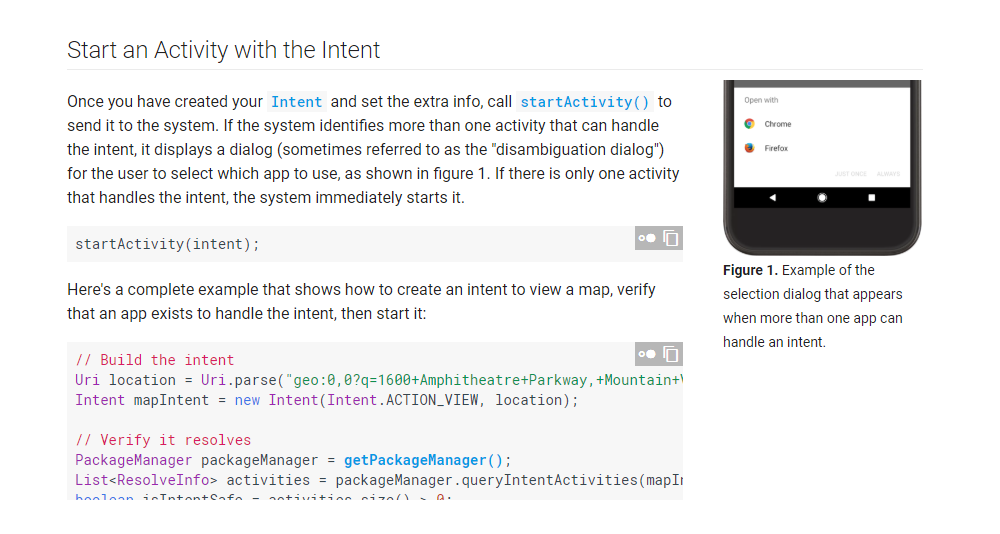 Here is the good part of the reference that follows: 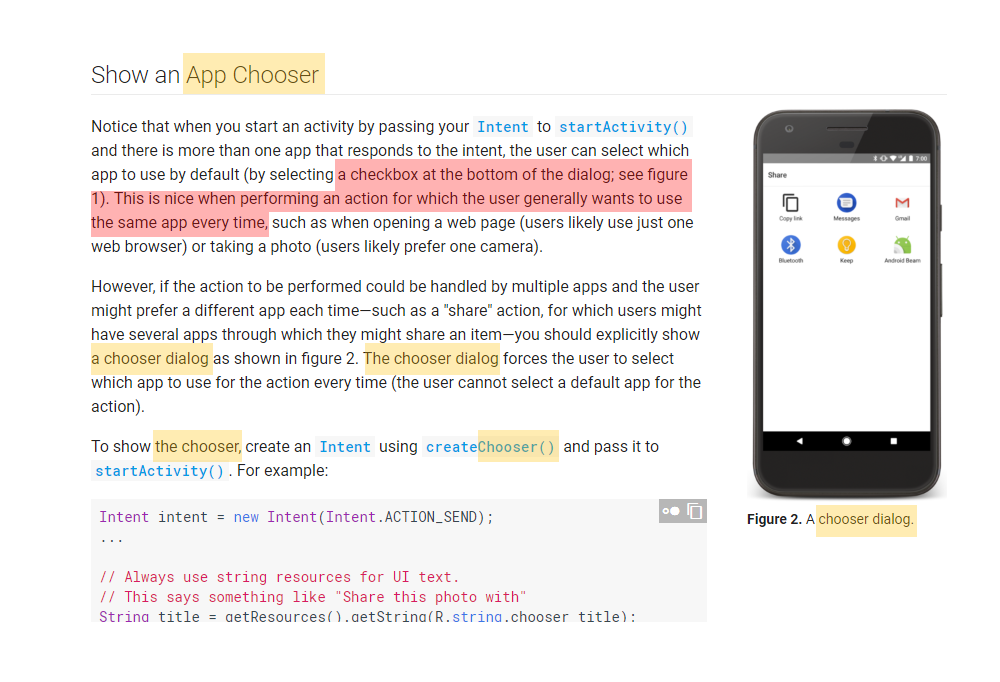 I highlighted all the times they call it an App Chooser. I also highlighted where they refer to the default question.

In the guidelines where you got your term, they literally describe the part of the dialog where users say it's a default as "nice." You are stating that it is the key component that defines it as disambiguation.

Not the answer you're looking for? Browse other questions tagged android ui-element or ask your own question.

3
Heuristic for dragging items across horizontal pages
3
Which UI element should I use to represent a sharing button on Android?
2
what is the specific term for this implementation?
1
Should the Back button do anything from the Launcher?
1
What is this particular piece of a GUI called?
5
What percent of Android users with fingerprint enabled phones use the fingerprint feature?
1
How to make "call to action" in image listview in android when where is only one element in list?
1
What's the name of this "bubble" for selecting the cursor position?
1
What is the name for the single read-only element in a status bar or toolbar?