Swipe for Action: iOS vs Android

In iOS there is a quite common pattern for lists, which consists of swiping an item of the list for getting some possible action. Sometimes, like in the example below even both swiping direction are supported, showing different actions. 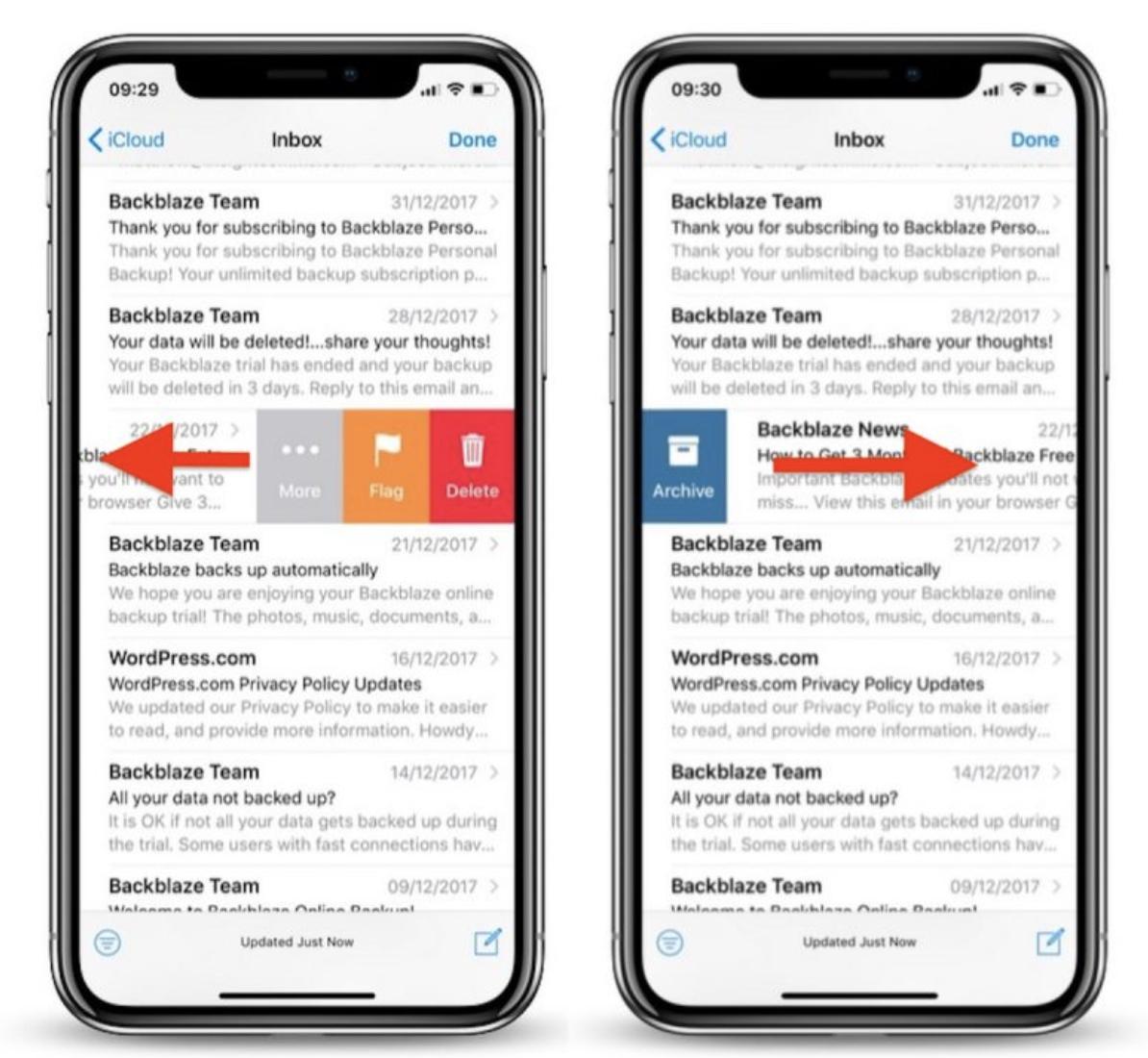 As Android user I am not really familiar with this pattern, and I wouldn't even try to swipe horizontally on a list item, cause I don't expect any option to appear.

I was wondering though, how is this pattern translated in Android world? Which are the most common patterns in Android for getting the same functionality but in an Android-consistent way? Overflow button? long press?

Actually, I think there is a decent article on NNg talking about swipe actions that trigger contextual actions that goes into some of the thinking behind it and best practice.

In summary (from the article):

Contextual swipe is popular in app development, but when used incorrectly it can cause confusion. Take caution when using it as a primary method of providing actions for content. Although more and more users have learned to associate swipe with delete, some apps still do not use it, while others use inconsistently or in nonstandard ways. Moreover, the swipe gesture can obscure the item, and thus either increase user mistakes, or force people to work harder to reassure themselves that they selected the right item.

This does indicate to me that it is actually used quite a fair bit for both Android and iOS, but it might be more consistently implemented in iOS (depending on version). Typically there is a lot more interpretation of the Google Material Design guidelines because of the variation in hardware supported and the various versions of the mobile operation system as well.

9
Swipe indicators on a small screen
6
Porting iOS to Android
11
Spinner is to Android, as "____" is to iOS?
12
How to indicate that a list view can be swiped to reveal controls?
0
Is there a reason to have different actions for refreshing a page vs reloading a page with known new content?
8
UI button labeling in touch/mobile web and native apps
0
iOS Swipe to edit difficult to discover
1
Radio button functionality for iOS/Android
0
What are some good UX pattern to implement drag-n-move, and multiple selection