Swipe indicators on a small screen 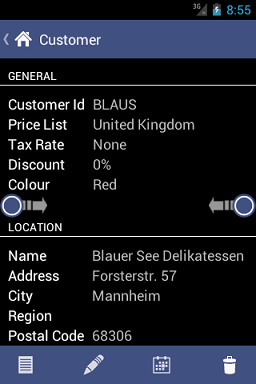 My Android app has a screen that displays the details of an item selected from a list, as shown above. The screen allows the user to scroll to the next or previous item in the list by swiping horizontally, and I have added a couple of icons to try to indicate this. The icons are also clickable, and when clicked they perform the same actions as the swipe gestures.

The icons are not exactly intuitive, because the swipe gestures are in the opposite direction to the movement of the screen in the list. Swiping from right to left moves the screen to the next record, but the arrow implies that it will move to the previous one. I am constrained by space though, and this is the best I could come up with.

Should I scrap the icons altogether, or leave things as they are? Would it be better if the icons displayed some help text when clicked, rather than scrolling the list? I really want the user to swipe the screen rather than trying to use the buttons as icons.

Update: on further consideration, I decided to remove the icons. The Android design guidelines discuss swiping but make no mention of providing the user with any visual clues. That settles the matter as far as I am concerned. Android is implying that the user should be smart enough to work it out for himself, given the context. 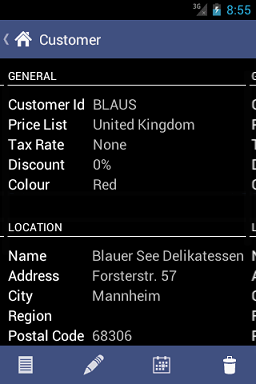 Note the line breaks at left and right as well as the cut off text.

Omit the left line breaks if nothing to swipe to at left.

Even the line breaks alone would be a very simple cue that would be better than nothing if the cut off text is a problem to implement: 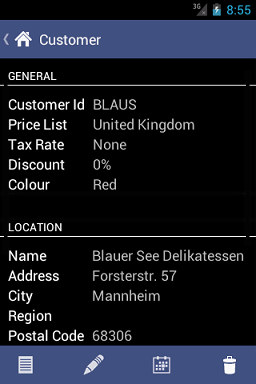 One of my favourite soluion for this is pulse's: on first run, display an overlay with help: 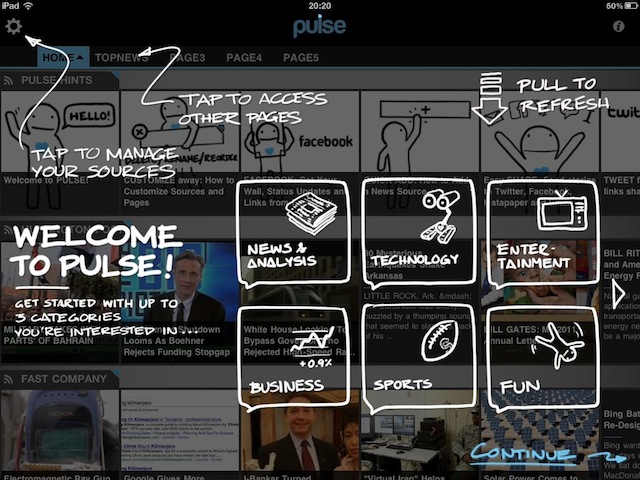 you can show this once, and never worry about it again. Of course it has downsides as well: user forget it quickly, or ...

But you should thick to the Android 4.x design conventions, section swiping between tabs.

Also a good idea would be something like the Play Store's swiping methods: 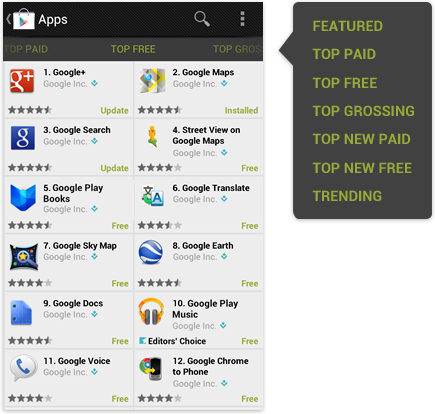 there is a display title in top, and you can see, whats next on the left and right.. or the Phone's tabs: 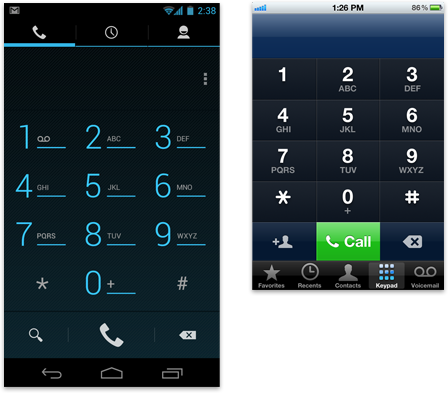 I'm unclear as to your case. In the screen above you're showing customer information but are saying you want to display different products?

Assuming your picture is to give us indication of what the layout will look like, I suggest you do what is becoming more common, which is show just the tip of the next page faded to the right side, to indicate to the user that they can swipe left or right for next.

I'm not sure how to apply it here, but for example, if on this screen, the user would swipe to the next page which is product, I'd add the tip of the product icon (like 20% of the icon) on the top bar in blue (where it says customer) and fade it into the border. This way the user knows that there's more to see when swiping.

Not the answer you're looking for? Browse other questions tagged mobile android touch-screen swipe smartphone or ask your own question.

8
Best way to indicate that a image gallery can be swiped left-right on mobile/tablet
5
What affords scrolling?

5
How to represent touch gestures in interactive prototypes for Multi-touch apps (Android / IOS)
6
Lateral Navigation with swipe views and tabs together with mapview
0
Multiple documents on mobile screen that are long
12
How to indicate that a list view can be swiped to reveal controls?
5
Who invented the "swipe to …" gestures
0
Overloading screen swiping in mobile applications
2
How does swipe to delete work when using tabs?
0
iOS Swipe to edit difficult to discover
3
Swipe for Action: iOS vs Android