This desktop application has buttons that perform certain actions. Some of them require yes/no confirmation and some of them perform direct actions without any delay. The targeted user group are developers and power users.

What is the proper feedback to let the user know the action has been performed successfully?

None, they know what they're doing

Absolutely not! Imagine talking to someone who doesn't respond in any way - you can't communicate at all. Same goes for your application. You must ensure that there is always some feedback for user actions.

Audio with configuration to turn it off (on or off by default?)

This would strongly depend on the type of environment where your application will be used. If it is used by individuals at home, you may give some pings and pongs, but not if the app is used in an office, as it will tend to distract others.

Also, audio feedback is very limited in its capacity to convey information. You can have a soft ping to indicate success and a high-pitched one to indicate error. But that's all you can do. You cannot try to have a text processing engine speak out the error or success messages. (And maybe you should not!)

Spinning cursor displayed for 0.5 seconds, then back to default cursor

Probably not. Because the fact that the circle has stopped spinning is not indicative of success or failure of an operation. As I mentioned earlier, you should attempt to be conversational with the user.

"Circle-visual", like the one you have when recording screen so the viewer knows when mouse-clicks are performed or "button glowing effect"

Not sure what you are talking about.

Since you mention Visual Studio, I would emphasize the requirement of clear messages. VS has two modes of feedback, one via text in the status bar, and another via extensive logs in the output window. If you remove either, the development experience would significantly degrade. This is something you must keep in mind while designing the app. 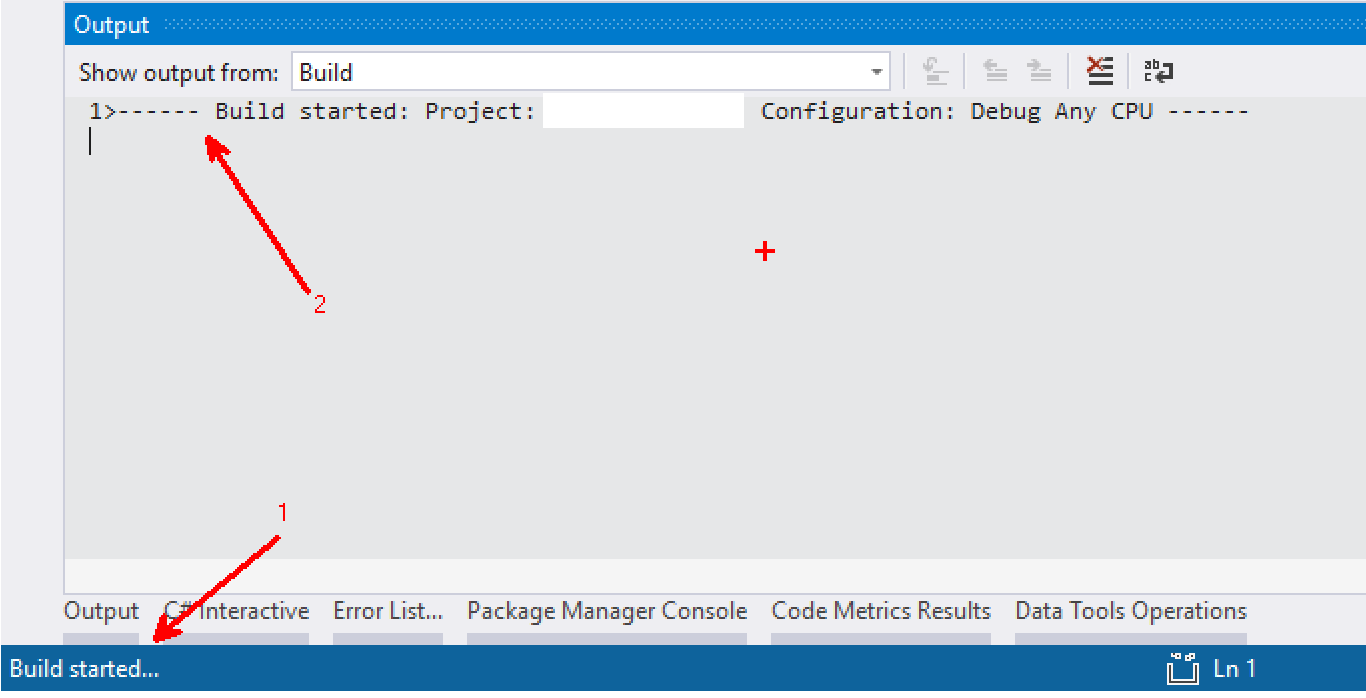 This strongly depend on the kind of action the button executes. In your example I know different solutions:

Audio: In my personal opinion this is not state-of-the-art. especially if you can turn them of. Audio notifications are an instrument to get the users attention - not to confirm his actions.

My personal suggestions: Dialogue systems (e.g. for wizards etc) and small notification popups for buttons (e.g. save -> "Your document has been saved")

Not the answer you're looking for? Browse other questions tagged gui-design desktop-application feedback or ask your own question.