My brain seems to be pre-programmed to make administrative UI's look like the mockups below.

In the mockups I have 3 levels of navigation, with on the form another set of buttons for the form actions.

I would like to find out if what better approaches are out there. Can I make the UI a bit simpler, with some user friendly tricks, or should I rethink my app's structure? 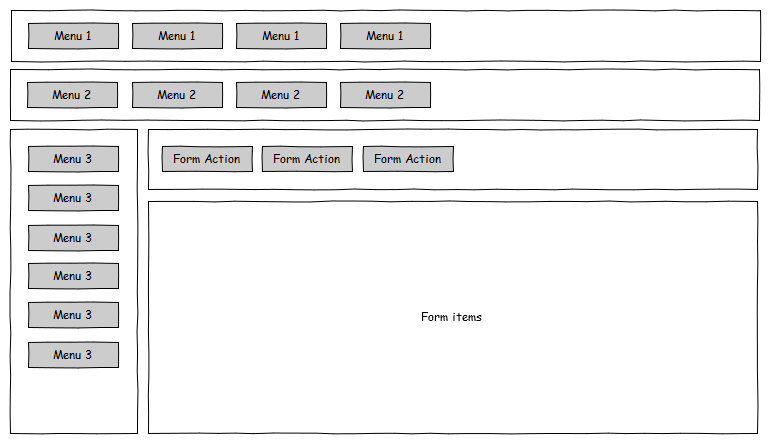 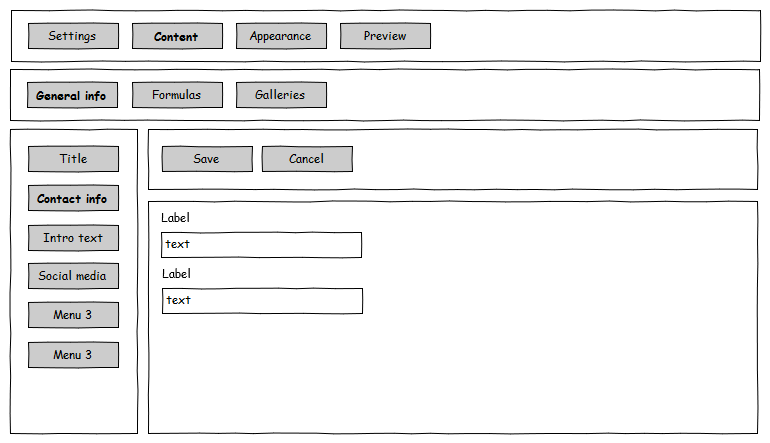 (Since your profile indicates you're a developer, I'm going to answer this in the same way I help out programmers at my company. Let me know if you need another angle.)

I don't think hierarchical menus in administrative UIs are an anti-pattern. However, it is an example of "programmer thinking" when it comes to interface design. What you're likely doing is mapping your mental model of the application directly to the user interface. Instead, what you need to learn to do is map the user's mental model. This can be challenging without practice, but you'll notice that as you progress, your user interfaces become much more "intuitive" (in the sense that your users will learn them more easily).

But how do you get from A to B? Here are some basic UX techniques you could look into:

Mental modeling is a technique that you can approach from various angles. One way is by using card sorting or the KJ method (also known as affinity diagrams). At a high level it involves grabbing a bunch of people from your target audience and working together with them to define the information architecture and prioritise activities. When you do that you'll figure out how your screens should work as a by product of the process, as well as achieving much more buy-in with your stakeholders since they'll feel like they're part of the decision-making process.

Here's a book I'd recommend about mental modeling: Mental Models by Indi Young.

Once you've designed some screens, do some hallway usability tests. Hallway usability tests involve grabbing someone in a hallway and asking them to do something with your app. Given that it's an admin UI you can easily ask them to do something simple, like "Imagine a new employee has joined the company. Your job is to add them to the system. What would you do?". Take notes without helping them out and you'll reveal a lot of problem areas in a short span of time. Keep repeating this throughout development and after you launch to keep up with how people use your UI.

The bible of usability testing is Rocket Surgery Made Easy. This book outlines many strategies you can use and especially focuses on ways to do testing without things getting expensive. Check it out.

Before actual development (in the sense that you create the real application, hooked into the back-end and all), create an interactive prototype that talks to mock services. You can pre-program them to just give you data you expect as you're not testing for errors, you're testing for how people use the UI. Prototyping allows you to iterate quickly without having to worry about executing real business logic. Combined with usability testing and mental modeling, you can get really far without investing too much time and money.

Todd Zaki Warfel's book Prototyping outlines various methods and approaches. I highly recommend it if you're planning to do some prototyping. (Plug: if you do front-end development, my profile has a link to an app I develop that's aimed at HTML prototyping. You may find it useful.)

Finally, read Don't Make Me Think to really change your thinking about UI design. You'll come away from this book recognising many flaws in your current designs and feeling inspired to tackle them in new ways. It takes 2 hours to read and you can refer back to it for wisdom for the next 10 years, guaranteed.

Rahul provides some great "high-level" points on rethinking your approach to UI design. However, there are also some "low-level" tricks that I think could help you at the 'nitty-gritty' stage of design:

If you must use parent and child tabs, make sure children are clearly 'contained' by their parent tabs

When you show users that an element contains another, they quickly grasp their hierarchy. You can do that in three ways:

You can see each of these techniques used in Beetil, a web-based bug tracker: 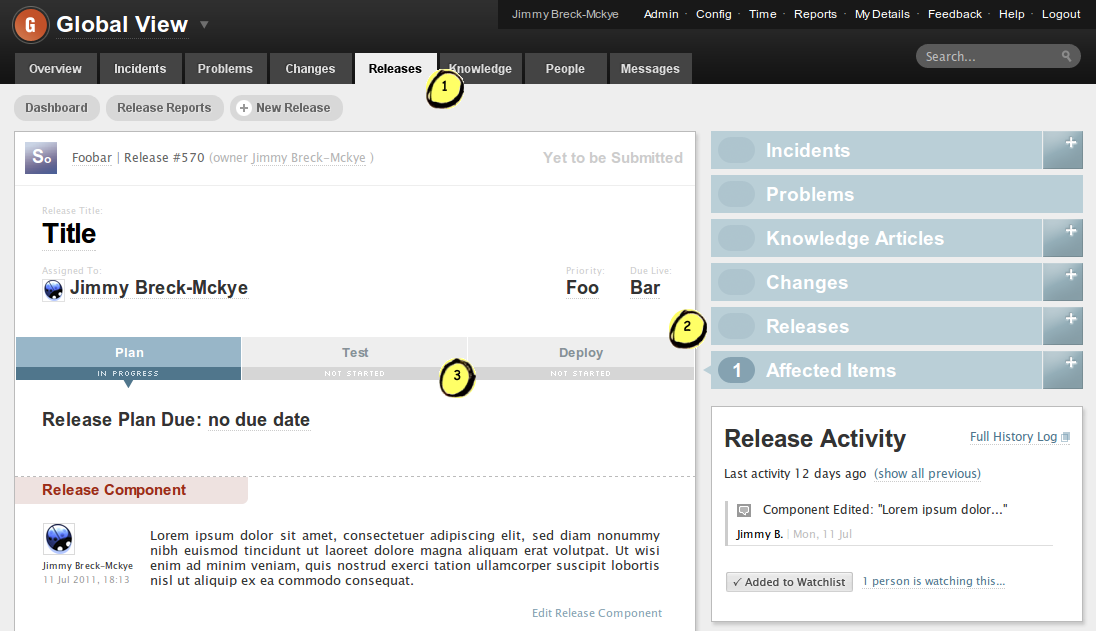 ...Because it's not clear which one has greater precedence.

Put your form actions at the bottom

Not the answer you're looking for? Browse other questions tagged design-patterns gui-design menu anti-patterns or ask your own question.

9
How can I deal with too much blank space in a desktop application?
5
Alternatives to Menu + Toolbar or Ribbon
6
Arrows for Navigation/Menu/Expandables Misleading?
3
Advice/resources asked for designing a sort of “tasks to complete” layout
4
How should I show disabled state in table?
2
What is the proper way to make 2 lines of hover dropdown menus not interfere with each other?
2
Intranet static menu: Below or above page banner?
18
What is this menu with multiple levels called and should I use it?
0
How to add in new items that don't fit in existing menus?