Why Does "X" Represent the Unknown?

We use "x" to represent unknown quantities all the time. It appears in algebra (solve for x), but also in culture ,the letter "x" was used as an symbol of unknown, is it there any alternative for unknown as per usability perspective?

The first part of your question, Why Does “X” Represent the Unknown?, can be answered quickly from this short TED talk.

In short, we use "x" to represent the unknown because the scholars in 11th century couldn't translate the arabic letter "Shin", denoting unknowns, to Spanish. In Arabic, Shin (ش‎) is read as /ʃ/, like the sound sh in shoe, but there is no such sound in Spanish. For this reason, they borrowed the Greek letter "Chi" (Χ, χ) instead, which was later transliterated to X.

The second part, about the alternatives for the unknown from the usability perspective, it's hard to answer without knowing the context. Some of the possible alternatives are:

I think your best alternative is the question mark "?", better than the "X" icon i guess.

As you can see by this google search, "?" is a better option than "X" to represent Unknown. 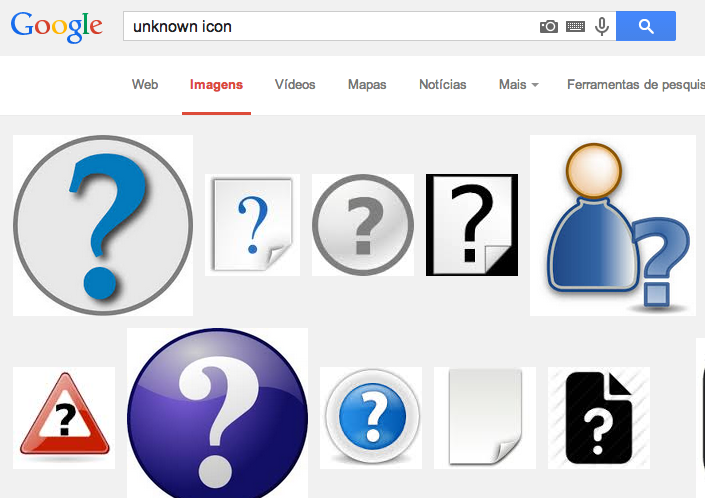 As some have noted in comments on the TED talk provided, and on the answer here referencing it, there is an alternative explanation which some take as more reliable. It is described in Alex Bellos book Alex's Adventures in Numberland, and roughly goes like this:

In La Géométrie Descartes introduces what has become standard algebraic notation. It is the first book that looks like a modern maths book, full of as, bs and cs and xs, ys and zs. It was Descartes’s decision to use lower-case letters from the beginning of the alphabet for known quantities, and lower-case letters from the end of the alphabet for the unknowns. When the book was being printed, however, the printer started to run out of letters. He enquired if it mattered if x, y or z was used. Descartes replied not, so the printer chose to concentrate on x since it is used less frequently in French than y or z. As a result, x became fixed in maths – and the wider culture – as the symbol for the unknown quantity. That is why paranormal happenings are classified in the X-Files and why Wilhelm Röntgen came up with the term X-ray. Were it not for issues of limited printing stock, the Y-factor could have become a phrase to describe intangible star quality and the African-American political leader might have gone by the name Malcolm Z.

See supporting evidence in the link Akater has provided.

Not the answer you're looking for? Browse other questions tagged symbols or ask your own question.

12
What symbol to use to represent feedback
2
What symbol(s) can represent difficulty level in the context of a game?
40
What is the origin of the eject symbol?
0
General symbol for randomization
6
Tagging symbols (eg. @, #) What are the others?
3
What ASCII character to use for "align center"?
1
UI to “change user interface language”?
8
Any studies showing generic currency symbol is understandable by most people?