How can I display a schedule with overlapping events?

I'll do the best to explain this, but please ask clarifying questions as needed:

I basically have a schedule attempting to map out seven stages of an event, which occurs over a period of roughly a week. This data is presently in timestamps which are difficult to read and hard to draw conclusions from, and I would like to present it visually some how.

Each stage has an estimated period of time in which it might occur, and these times can overlap with other stages because they are estimates (and in fact typically will).

In addition to the estimates, in certain stages I will sometimes know when part of the stage is known, with certainty, to be occurring.

How do I translate my timestamps into some sort of visual to convey this information?

Your stages sound exactly like activities in a project. Visualizing the planning for a project is usually done with a Gantt Chart. A simple one might look like: 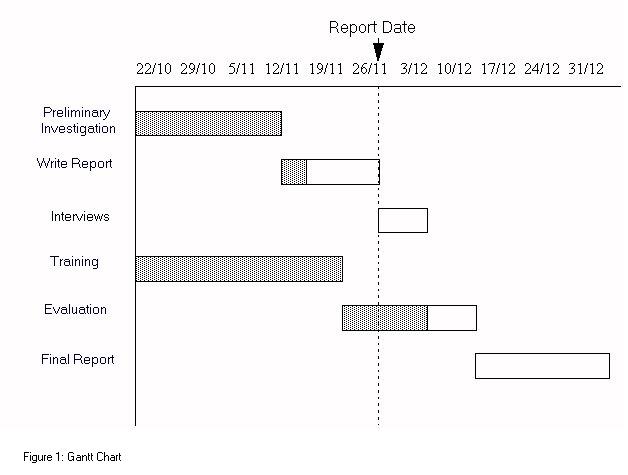 The dark part of each bar represents the minimum time an acitivity takes, the transparent part indicates the margin on the duration.

When project activities can depend on each other, for example B should not start before A has also started and only when C has ended, these relationships can also be visualized by including lines/arrows between activities. For example: 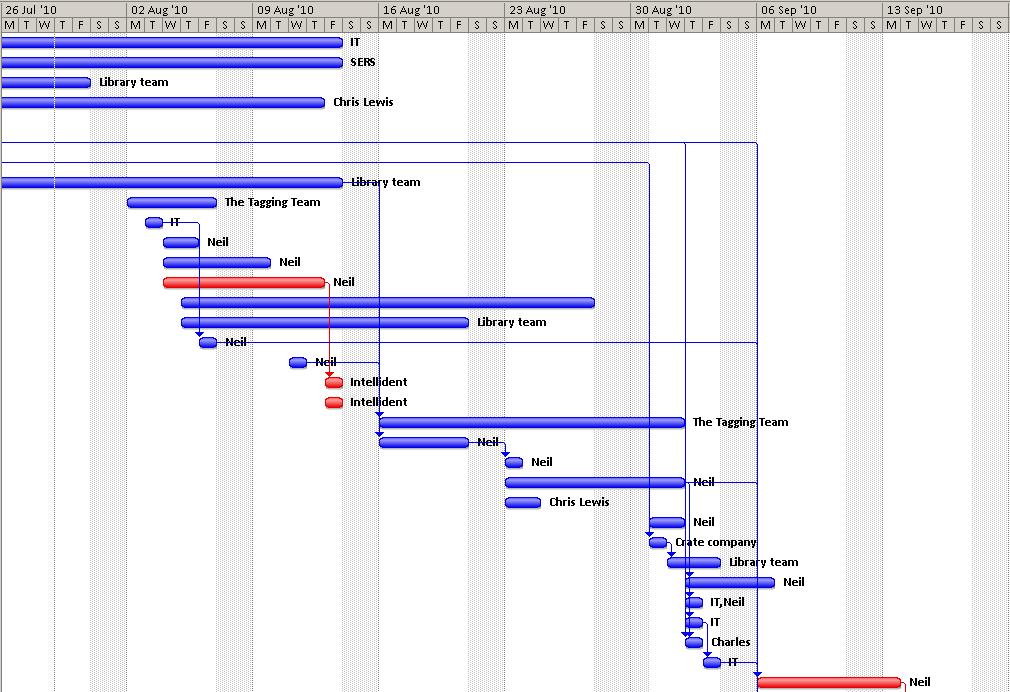 Just google for images of Gantt chart to get some inspiration.

I think you can get a long way with a bit of clever shading and an indication of the actual start/end times:

Not the answer you're looking for? Browse other questions tagged website-design time or ask your own question.

5
How to handle history events from scolling and other in-page events
4
Visualizing daily Event schedule with WPF
1
How much time of project schedule we should spend for UX?
13
How to display a timeline?
94
How to display duration (HH:MM) so it isn't confused with clock time
3
How long to display a "New!" corner ribbon label?
1
Compact way to display weekly schedule?
3
How to display huge sum of hours
13
How to best display number of hours
1
How to structure dashboard with schedule