How should I indicate that the user correctly chose the incorrect option?

I have a language-learning app that shows the user a sentence with an extraneous word added that doesn't make sense in the context, and they have to choose which word doesn't belong: 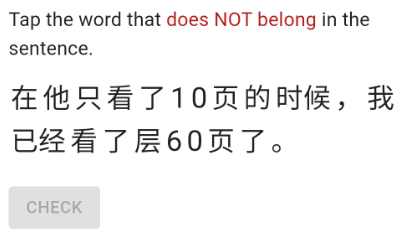 When they tap a word, it marks it with a red X, indicating this is the one that they chose as incorrect. 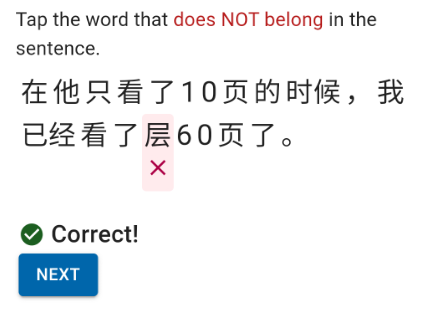 One user gave feedback that the red X was confusing since it looked like an indication that they answered the question incorrectly.

What is the best way to indicate to a user that they have correctly chosen the incorrect option? 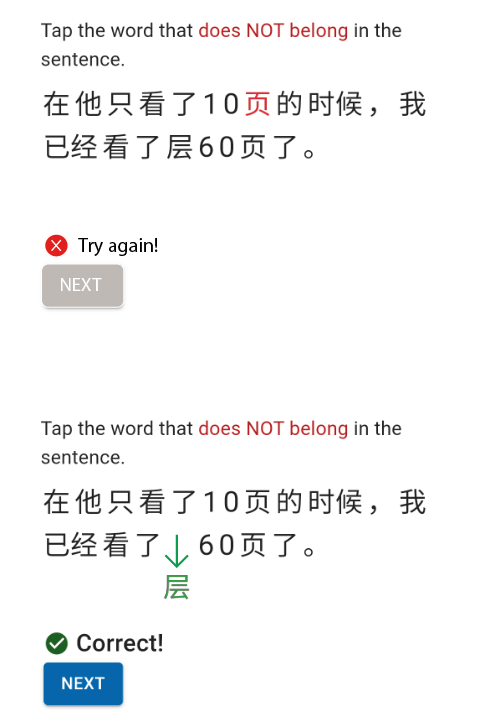 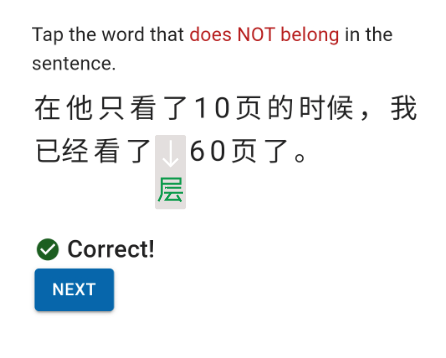 Keep the focus on their choice as the rest is irrelevant at that very moment, mute everything else. 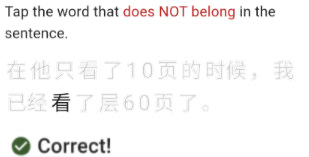 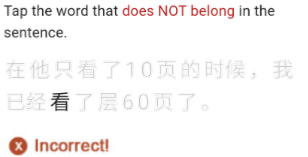 You can also slowly fade the other words back in if they are allowed another chance after they have failed.

If you want you can forgo the correct or incorrect message completely, but make sure you keep the colour blind in mind (example of correct answer, word is in green):

Instead of showing it with a red X, you could either

In both cases, you can optionally move the remainders of the sentence together. Both have the advantage that what you see in the end is a complete, correct sentence.

Other than that, questions asked 'in the negative' will always be harder to grasp and validate that those which have a 'positive' wording. I like @DavidZ's suggestion in the comments to change it into a positive statement like "Tap the word that should be removed from the sentence".

I am afraid that @Danielillo's answer gives you trouble when the 'not belonging word' is on the first line.

When the user selected: 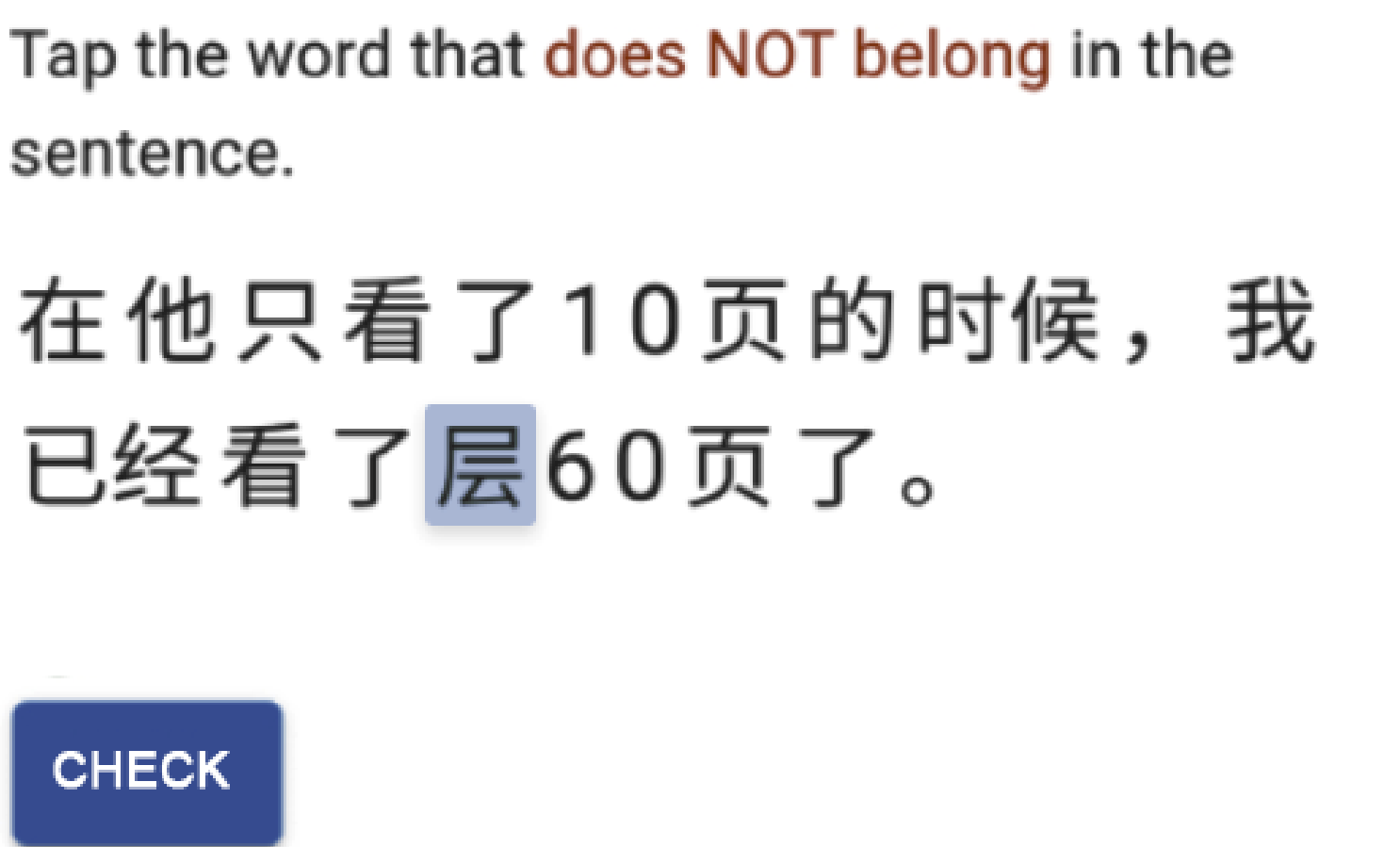 When the answer is correct: 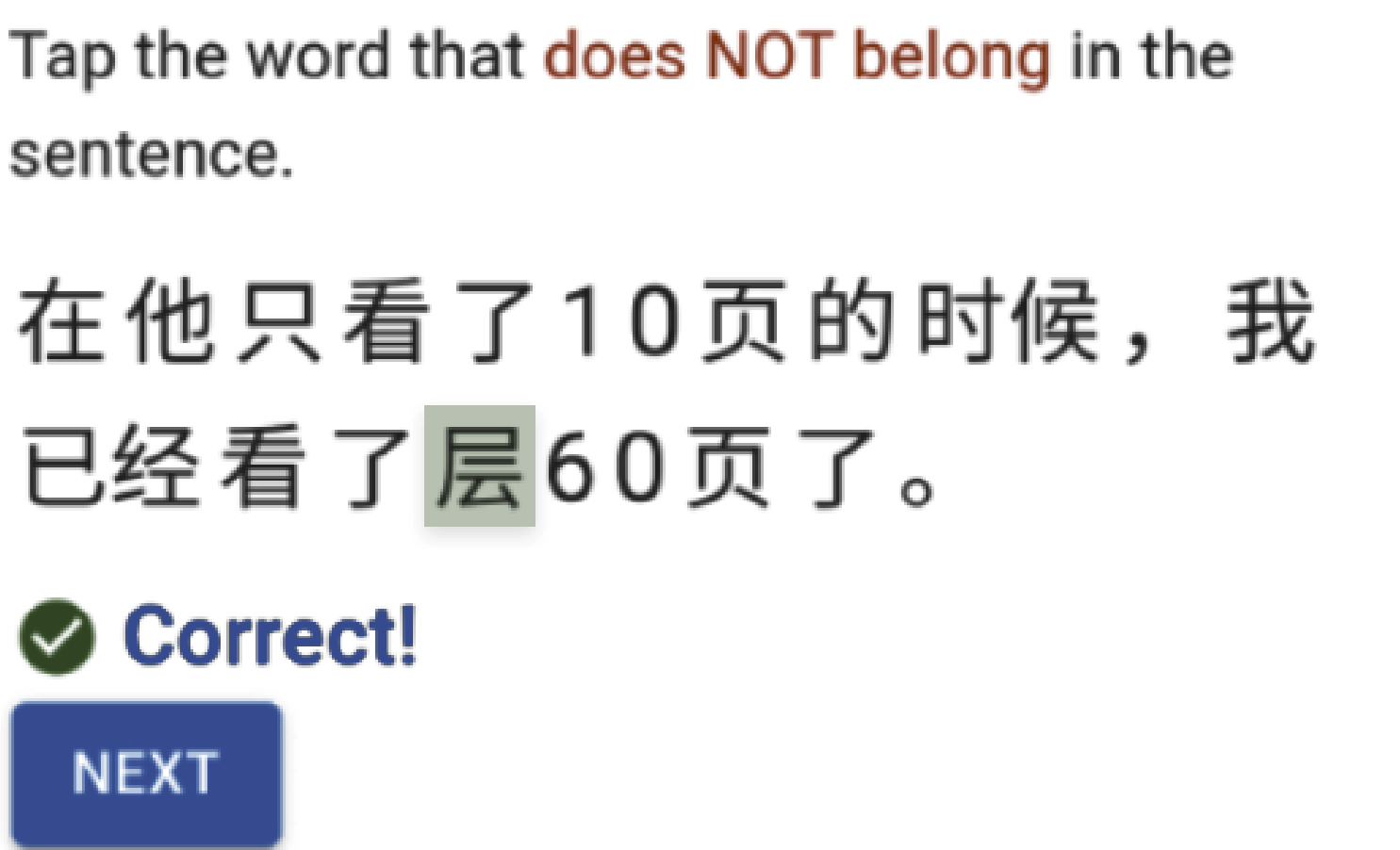 When the answer is incorrect: 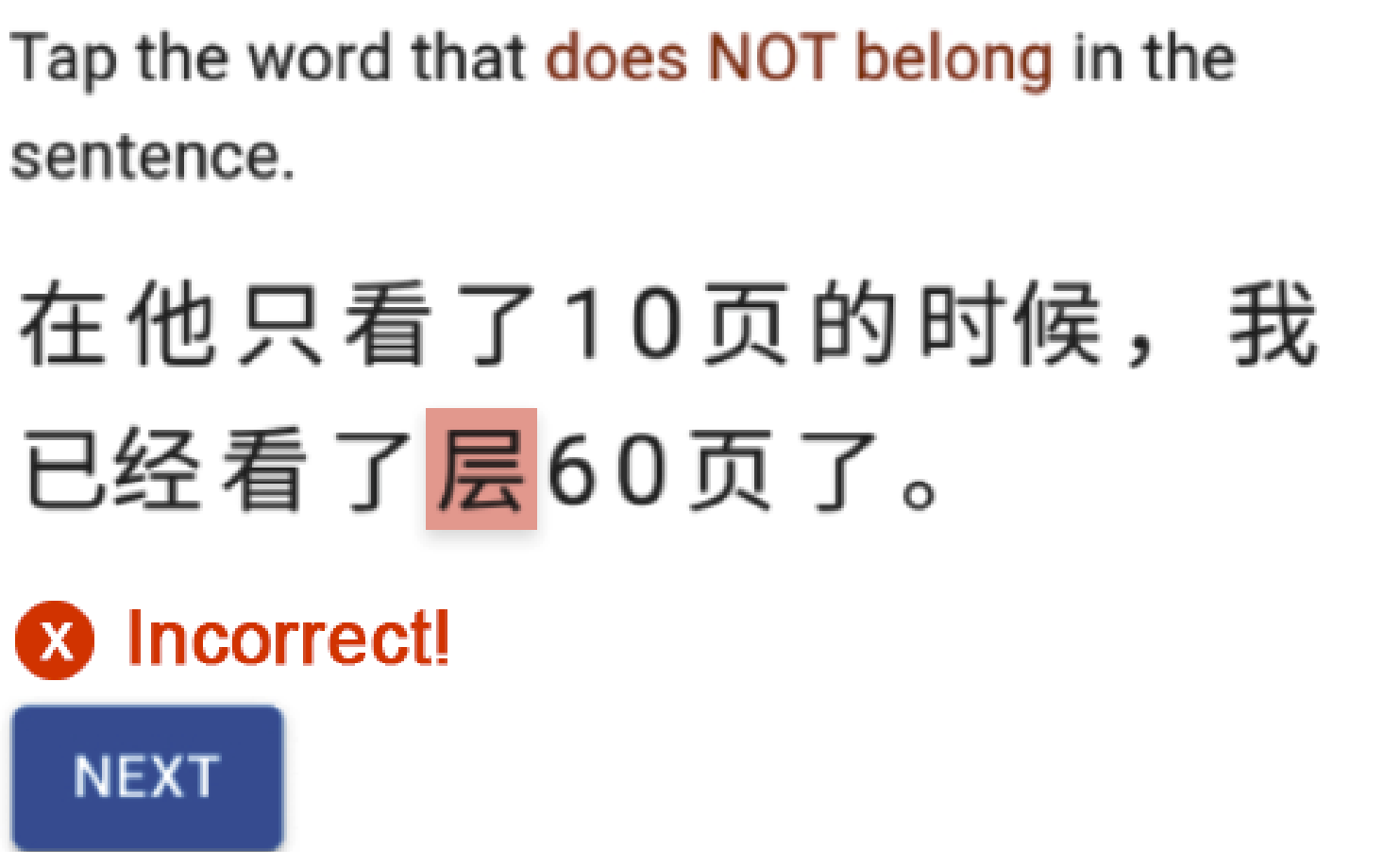 In a general sense, I would think about the operation the user has performed and how you communicate the result of that operation.

Either the user has succeeded or failed in the task. I would separate that from the concept of the word being "wrong".

How I would solve this is to indicate to the user what they have selected in an obvious way, but one which doesn't have a semantic meaning, then focus on communicating the success of failure of the task.

3
What is the best way to indicate that a user can perform a value lookup
0
How should calibration prompts be displayed/worded when the user has to set the initial value?
5
Should dropdown list option be removed if the options cannot be repeatedly selected?
1
How to add UI elements that have a button which need a description and inform the user that steps will follow after clicking the button.
14
How to indicate that a card is expandable?
1
How to indicate active option
25
Customers using the New Order option when they should use Reorder
1
search inside a dropdown or dropdown with a search for new set of option that user has to pick
1
How to indicate that cloud files are public?