How should calibration prompts be displayed/worded when the user has to set the initial value?

Working on a project where the application needs to keep track of certain real world variables, thus it either needs to

This is similar to those universal remotes that ask the user 'Is the TV on?'. For some of the options taking the first approach is fine, but some initial values have to be entered by the user. I'm asking because I wanted to avoid the 'Is the TV on?' approach, but the only other thing I can come up with is 'Press OK when the TV is on', while sending the command that toggles the 'TV' on and off every so many seconds.

This is not something that (potentially) needs to happen very often after the software is in production.

I recently just setup the Xbox one and I thought they provide a good setup experience when hooking up your tv/cable box to the xbox. I think you are describing a experience similar to the 'ready to send mute command' detailed in their instruction here. Should be useful to take a look. 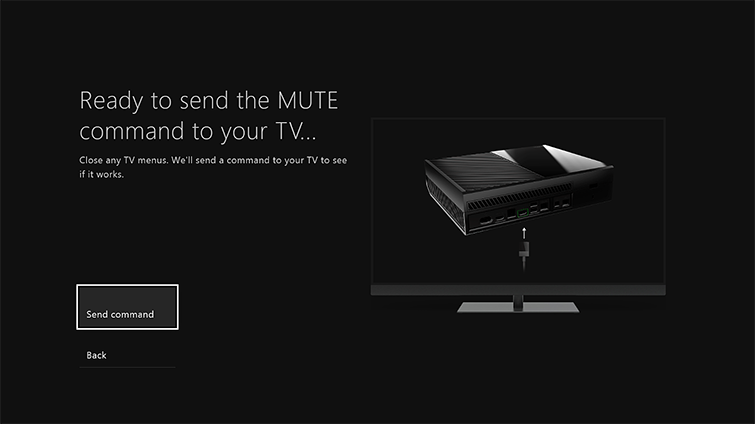 0
How to choose a setting from a set, when the act of choosing automatically sets the value?
5
Walk the user through initial data entry after the first login
0
Displaying checkbox options *only* when the initial condition is met
2
Displaying to the user a radio button before it has been selected
1
Graphical alternatives to mini-language to operate on large sets
9
Should an opened sub-menu collapse when the user opens other sub-menu?
2
How to represent an initial unpopulated value?
1
search inside a dropdown or dropdown with a search for new set of option that user has to pick
29
How should I indicate that the user correctly chose the incorrect option?