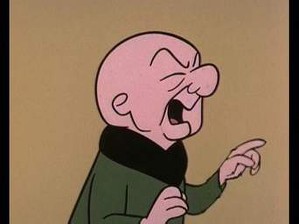 Forty-plus years in the computer industry - built my first microcomputer from a kit in 1976. Programmer (and electronics technician) by trade, problem-solver by inclination.

Now been unemployed for 19 years+, despite the alleged "skills shortage" and the "efforts" of websites, more than twenty "recruitment agents" and an entire government department. Employers prefer to engage a "new grad" who's "up-to-date" you see. They're "easier to train" (ie. they're cheaper and don't have the experience to tell the boss he's an idiot.)

So - I don't mind solving even dumb and obvious problems. Keeps what's left of my grey-matter from solidifying. At least people who place questions here have the wit to do so, unlike the average "computer expert" waving a "qualification" obtained on the demographics plan...

I've now lost interest in computing in general since the world only wants "qualified" cowboys who treat technical issues as some bizarre variety of popularity contest.

I was away from SO for a while because of the power-drunk noobie mods. I've now decided to ignore them.

...but they continue to plague me.

Well, can that. I'm sick of morons who have nothing better to do than to take offence and the idiots that support them. I spent too much time here anyway. I'll just go back to using this resource like the majority. Pity the mods don't consider relative-contribution when acting.

'Tis the way of the world nowadays, I suppose. Form is valued over substance. Those with the power to act are more interested in finding excuses for the inexcusable and have ears only for those who want to make the rules for others.

Oh - here's an example. Not allowed to tell the truth and why I'll not return here until expressly invited.

OK - so I did. The last three paragraphs rang true when I read them again. Truly, a race to the bottom of the worst kind. Any excuse to not do the right thing - excuse those who are up to no good with the flimsiest of excuses - and the moderators in the thick of it. Censorship because I say what the morons in charge don't want to be said, but publish a virus - it's all good!

Let's see how long I'll remain away this time. I'll check back from time to time, but offer solutions or suggestions - no, not any longer. Just sit here and watch the entire shit-heap collapse amongst the protests of those who seek to rule.