Is there a short/common name for form-based user interfaces?

We're all familiar with CLI and GUI but it doesn't seem to me that a UI consisting mostly of links and text fields is really a GUI. Think of something like on-line banking where any graphics are really only decorative. You're unlikely to use drag and drop to accomplish a transfer between accounts. Is there a name for such a UI? I'm looking for a name independent of implementation: might be a desktop program, might be a web page, might be a mobile app. TIA.

I think you actually used the most common expression for it in your question: Form-based interface. And I quote:

A type of user interface used, for example, on the internet, to organize questions or options for the user so that they resemble a traditional paper form to be filled out by pointing to the fields and typing text, or by choosing from a list.

This interface consist of forms which are adapted to the user. He/She can fill in all of the fields and make new entries to the database or only some of the fields to query the other ones. But some operations might be restricted by the application. Form-based user interfaces are wide spread and are a very important means of interacting with a DBMS. They are easy to use and have the advantage that the user does not need special knowledge about database languages like SQL.

The example image in the last quoted site is actually quite illustrative of the type of app you are describing: 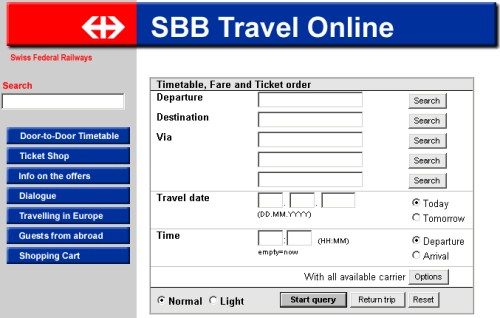 The Form-based interface expression is likely the most generic, yet others exist in more specific contexts. Such is the case for the Webform:

A webform, web form or HTML form on a web page allows a user to enter data that is sent to a server for processing. Forms can resemble paper or database forms because web users fill out the forms using checkboxes, radio buttons, or text fields. For example, forms can be used to enter shipping or credit card data to order a product, or can be used to retrieve search results from a search engine.

Notice that, although the most generic, it does not mean its some kind of standard. In the web site UI-patterns, more specifically in their Design Patterns you will find all kinds of expressions to designate mostly unnamed styles. The one you are looking for is "Fill in the Blanks", and I quote:

The “Fill in the blanks” makes the interface somewhat self-explanatory. Our semantic capabilities as human beings allow us to fill in the missing parts of a sentence.