Where to place the close button in Dialog?

In my project I have placed the close button in the Title part of the dialog. Almost my project in the final stage, now there is a design issue that in the absence of Title the empty space looks odd. Can any one help me how to resolve the empty spacing in the dialog without title case? 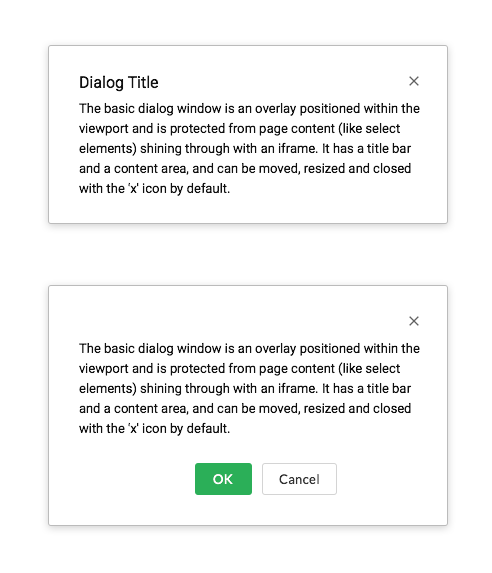 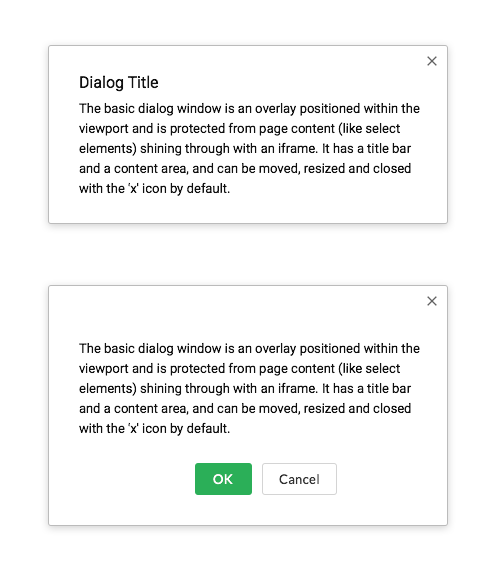 Also remember that this X is just a duplicate feature that does the same thing as an explicit Cancel button (the duplication is fine because many users expect this in the top-right of the dialog).

Proximity occurs when elements are placed close together. They tend to be perceived as a group.

Not the answer you're looking for? Browse other questions tagged gui-design ux-designer modal-windows visual-design or ask your own question.

0
Close button place depending on OS
16
Modern Alternative to Tree View for Hierarchical Data
6
Does the position of icons in buttons affect the user?
1
GUI elements in conflict Field Search, FAB button and Menu bar
1
Is popup or modal window corms suitable for certain scenarios?
0
Modal on the mobile: is bottom the best place for the close button?
2
Modal close button style
3
Grouping problem