What is the true benefit of likes and dislikes count?

As an end user, when I watch YouTube videos, most of the time likes and dislikes count doesn't really give me any useful information.

View count drives my interest higher to watch the video. The very rare situation in which I notice likes and dislikes count is when a video is truly hated by the community, which occurs once in many many videos. Other condition that captures my attention is when likes count is way way higher than dislikes count (say for example 25K likes vs. 300 dislikes).

These two conditions are so rare, that I wonder why do we follow this pattern of adding likes and dislikes to posts and media online?

Aren't we just following some pattern? I fail to understand the usage of this feedback. Shouldn't we discard this pattern for a more useful assessment approach? What's the true nature and usage of likes and dislikes count?

I disagree. The Like Button is a de facto feature to further exploit or empower the the role of the user for internet content. Its a democratic effect in reality. 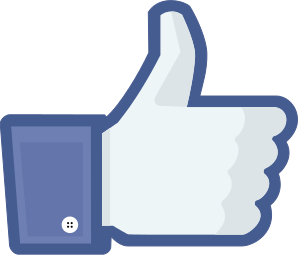 ...is intended to give a measure of popularity. This tool was so popular that Youtube decided to adopt it for its own system. In March 2010 a redesign came and the five star system was made into "thumbs up". I quote:

At the same time, the look has been "dumbed down" some. For instance, with the change, the five-star rating system is kaput. In its place are thumbs up and thumbs down buttons. This is a change that means all previous ratings are converted into "like" and "dislike" percentages. These will replace the five-star rating view across the site, as well as mobile devices, a change YouTube is making to its API. Though as Frumar explained, most people would either rate videos with five stars (meaning it was the best) or one star, and that very few were using the two- to four-star ratings.

You can get more information about the history of the "awesome button" here and here. But an interesting fact is:

Facebook CEO Mark Zuckerberg spent a good portion of the noughties giving the like button a thumbs down. According to Andrew Bosworth, Vice President of Advertising and Pages at Facebook (and known simply as "Boz") it took nearly two years to get the concept of an approval button for posts off the ground.

In any case the very community (and mainly stack overflow) were we are now would not be as famous without its rating system (like/dislike; try to imagine it with a 5 star rating instead and consider the consequences).

As for Youtube the like system is not just about liking or disliking the quality of the video. It is also about voice. Some videos, particularly when it comes to political, ideological or religious issues tend to have high assistance of both likes and dislikes. This is an important and relevant feature of Youtube from my point of view (when you vote on news usually you mean something very specific).

The option to remove the dislike button has, however, been considered in the past and I quote a bit of this linked article:

While it’s interesting that the down vote option has been removed, I’m curious to find out if it actually ever added any considerable value. For me, the only benefit the dislike button had was that it allowed me to quickly see if any video was high quality or official. Other than that, it pretty much went hand-in-hand with the ridiculous, angry and spammy comments that we’re accustomed to seeing on YouTube.

Sounds familiar? The article is from 2012 but both thumbs up and down still exist. Empowering the user is likely one of the most important features in UX and my advice is that you should not be quick to disconsider it.

Armatita's answer is superbly on target in respect to engaging the "reviewer" and making them feel like a relevant part of the process. There is also an experience impact to the passive user.

People instinctively search for validation from others — particularly in the disconnected space of the interwebs. One particular feature of the social proof phenomenon is strongly evident in like/dislike stats:

As user-generated content matured, purveyors of the web found that a simple good/bad indicator got more engagement than more complicated ratings.

I've thought about this same thing and I find it depends on the trustworthiness of the site or post or subject matter. When I view a video or read an article of which I have some knowledge or experience, sometimes I see it get downvoted and I find it surprising. Then I consider the context of what I am reading, the site perhaps, and realize that it may be a professional article posted on an amateur site or an article that doesn't follow a popular view but is posted on a populist site.

A while back, I read a well-researched article on Hacker News written by well-known authors which was upvoted quite highly. The same article was derided and downvoted into oblivion on reddit. So what is one to think of that? In my view at the time, HN was composed of more professional people while reddit was composed more of amateurs. Since I had knowledge and experience of the subject, my opinion of reddit became lower than it already was but didn't dissuade my opinion of the article.

At times I've found upvotes and downvotes only verify what I already thought and would even make me turn against other web sites that voted differently. Unfortunately, this causes a gathering of like-minded people. Doing that means other postings may be removed from view due to a dissenting opinion. On HN, again, a longtime user, with over 10K of rep, was banned when he posted a couple of dissenting opinions, which can only harm HN. I see this happen everywhere.

Product reviews are a tricky slope. Amazon has some moderation, as do other such sites. I tend to ignore the five star ratings and the one stars and read the reviews by those who rate a product with three or four stars simply because they are more likely to be fair and not rave too much while pointing out more details. Even so, I am more likely to buy a product with 1,000 five star ratings and if it has far fewer of the others, but I am less likely to put trust in a product review with eight 5-star ratings.

Overall, it seems, the reputation of the site seems to play a role. Dislikes on a site composed of what one might consider "whackos" means nothing to most of us.

Not the answer you're looking for? Browse other questions tagged feedback user-feedback or ask your own question.

12
What is the most effective way to solicit and manage open source project UI feedback?
7
What are the pros and cons of getting design recommendations from usability test participants?
14
What will be the Best notifications and error messages?
29
What is the right success message?
15
What is the best way to indicate success to user without a message box?
0
Are ratings relevant, and what makes a rating system good?
5
What is the best practice for “submit a problem”?
6
What is the best way to get good feedback on my designs from my team?
2
How to ask and determine what works, what doesn't work, and what's missing in a survey
8
What are the best practices for keeping and analyzing unstructured user feedback?