I have been asked to come up with an interface for managing lists. 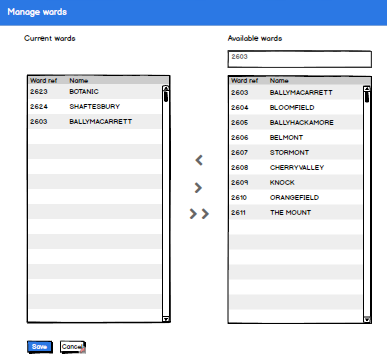 Is it better to have the assigned list on the right or the left?

Let's describe the workflow you presented to us :

I don't believe your biggest issue is "should the selected be on the right or left"--I think what hurts it the most is the fact that those arrows communicate nothing.

In my experience, using the arrows you have in your lists requires more processing because they point from left-to-right or right-to-left, but they're positioned vertically. It wouldn't make sense to position them next to each other (as they describe an action not between each other, but between the two lists). Additionally, they don't communicate which side the "selected" items are on, so the user has to look for headers or other context clues to find that out.

I find that Microsoft has solved this quite well. 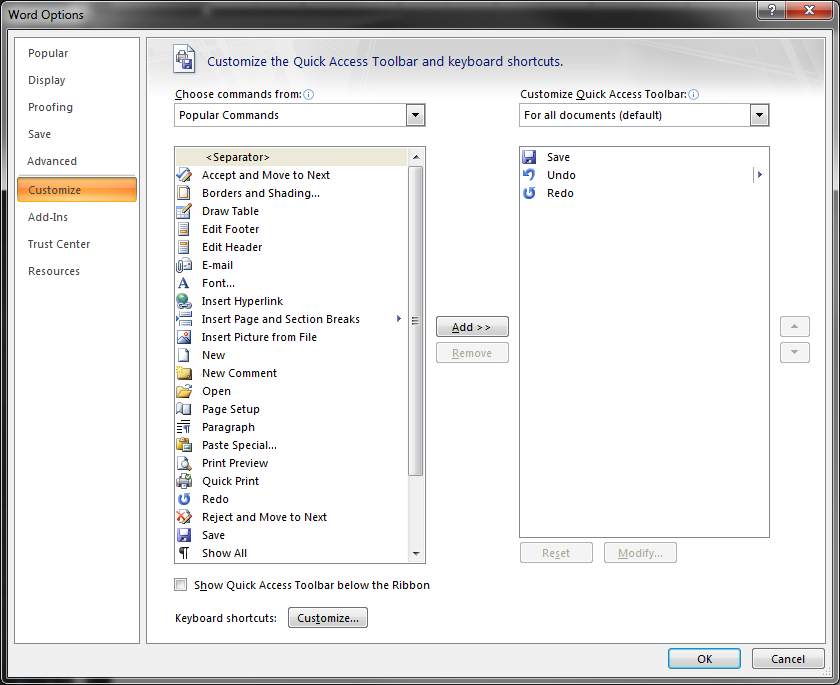 In the screenshot, Microsoft changed the buttons to "Add >>" and "Remove". This gives much more immediate affordance as to which button does what you want, and where the "selected" items are.

@maxathousand, did you noticed the microsoft print screen button [Add >>] is in enable mode. For example, if I don't select anything from the left side box, the button should be disable mode, like [Remove] button. Once I select any category from the left box, only then the [Add>>] button should be enable. Like that, the arrows which @colmcq created, bottom two arrows >> are confusing but the left < and the right > is okay because I believe they are in disable mode. As explained above, the user should select item from the left box and move it to the right box, only for that time period the arrow > should be in enable mode. @colmcq the assigned list should be on the right as we are following the same ubiquitous convention in microsoft and macintosh as shared by @maxathousand, see the "Customize" category and the result is on "right-side" of the screen.

Not the answer you're looking for? Browse other questions tagged lists or ask your own question.

17
Alphabetical lists - horizontal or vertical?
1
What control flow can replace vertical (or horizontal) scrolling lists?
11
Moving Elements Between Lists
2
Suggestions for a clean interface for two related,linked lists
0
How to make connected lists on a website comprehensible for non experienced users
0
help designing task screen
6
How to display long lists of nested filters?
4
How to handle lists with 10,000+ entries?
5
Ordered lists: numbers or letters?