Word to describe adding an independent variable to a chart

The word "series" is used to describe something unique about the data such as the city.

There is also something common to each series curve such as the month represented on the X axis. While this example used time as the basis of the X axis, another chart could have used something else such as elevation. 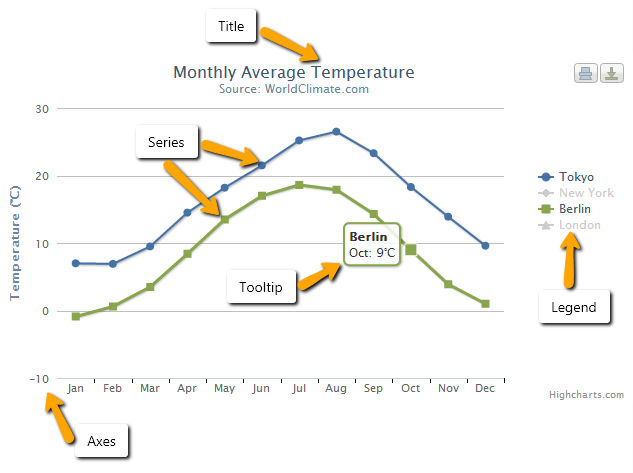 Another chart might look like the following. For this one, the year is the series, and the country is the X axis (and country isn't even on the X axis for a bar chart but only a column chart so using that name isn't good!). 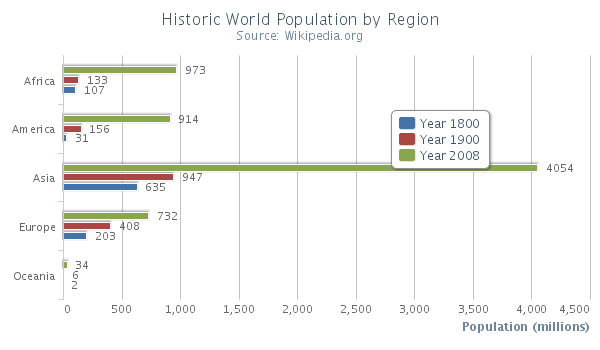 For this one, the series is the person, and the x-axis is the fruit. 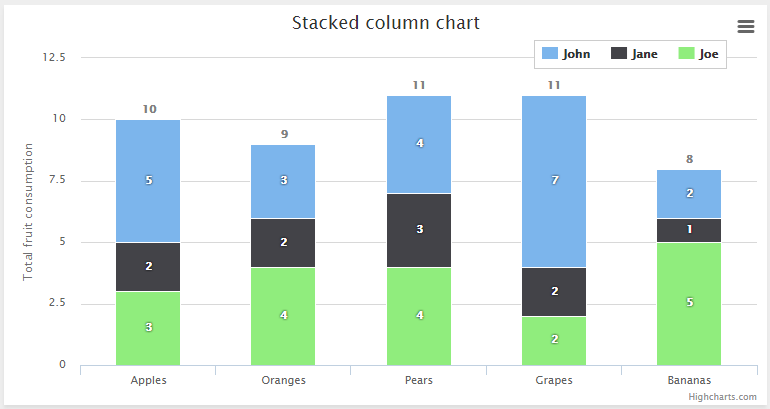 For this one, the series is also the person, and the x-axis is the fruit. 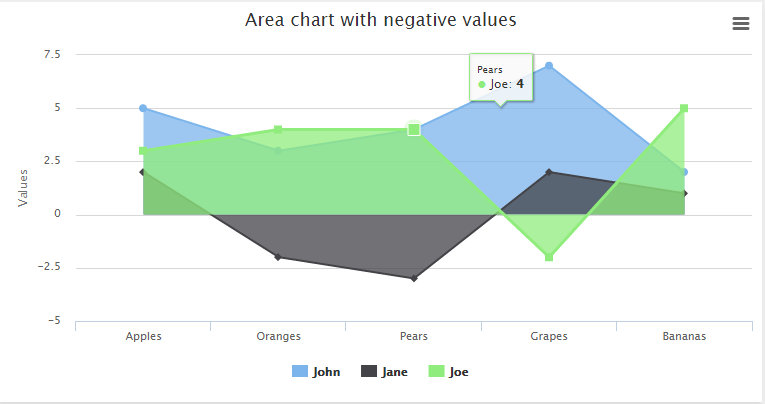 I am designing an application were the user can add a new series as well as a new X axis point. I am thinking of two buttons Add New Series and Add New X Axis.

I am thinking the user workflow will be as follows:

Using Excel as a design pattern, I can create the following charts using the same data. For this, I called the independent variable "row". While this makes sense from the spreadsheet prospective, it doesn't make sense from most of the chart's perspective. What would a user think if there was an "Add New Row" or "Delete Row" button? 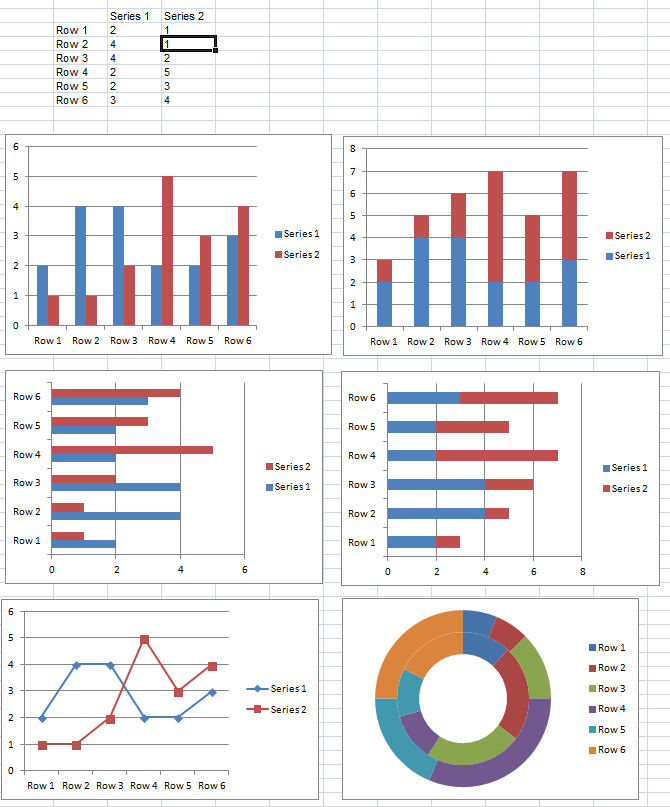 I feel the word "series" works (correct me if you feel differently), however, I don't know a good word to describe the x axis. The reason I am using x-axis is that the JavaScript library Highchart uses it.

What word should be used in place of x-axis?

It's a good question and well presented, but seeing as this is a UX Q&A site, it would really help (others and in turn you) to know who the users are?

Depending on their background and discipline, people may call it different names; dependent and independent variables even?

It's hard to give definite answer without some context on the users.

The word axis in this context denotes a reference line in a coordinate system. I believe that the terms x-axis and y-axis will be clear to most people who finished high-school.

Then, there's the data series, which is actually plotted on some coordinate system that involve axis.

I believe that using axis and series interchangeably won't scale and can lead to some trouble. From a user perspective, there will be actions clearly related to the axis, and others related to the data series. For instance:

If one is to consult existing designs, you'll probably find some sense in how Apple approached this: 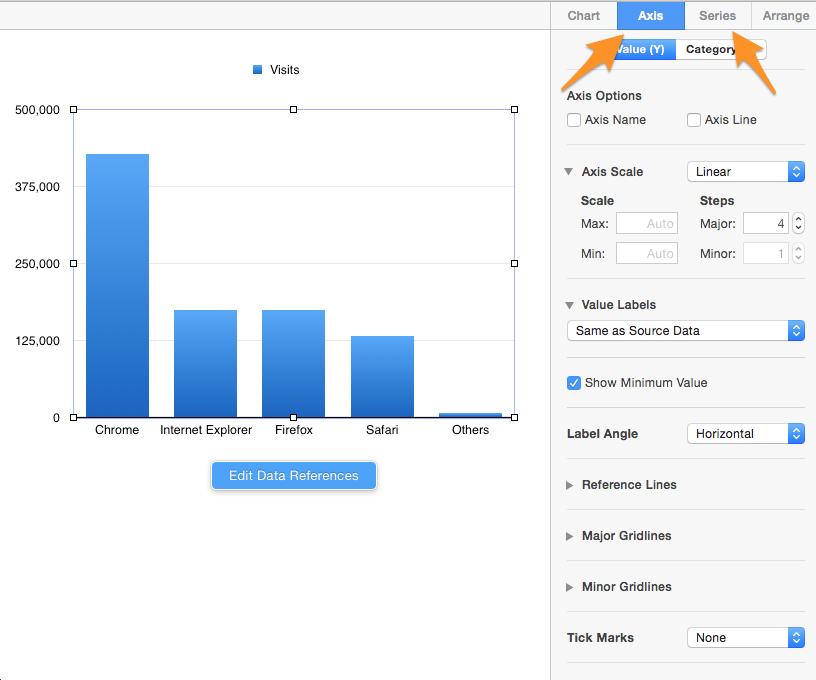 I'd do what Excel does when it makes graphs.

It adds 'labels' as in 'Kind of Fruit' or 'Number of Fruit Consumed'.

"Add new series" and "Add New X Axis" make no sense at all to me.

First, it looks like your app is limited to linear data? I.e., the user provides values that plot against the y-axis. (The corresponding x-axis values are assumed, starting at 0 and increasing sequentially by one.) Or, for example:

is the same as:

The reason I ask is that I agree with Izhaki. The series needs to be differentiated from the axes. They are two separate things. By "series", you're referring to the data, or the numbers contained in your spreadsheet. These values are plotted against the scales (the x- and y-axes). The text that appears on the x-axis would be referred to as scale items or scale labels. For a breakdown on the different scale elements, you can check out this X/Y-Axis Scales Tour.

5
Heuristics to choose most appropriate chart for given data
5
Report page with data table and chart
2
Chart axis autoscaling
6
Representing time intervals in a chart
7
How to improve legibility of chart with gathered lines?
2
Chart "Plan" Versus "Actual" for a time series?
2
How should I handle toggling of chart series based on groups of checkboxes?
2
How to display week numbers on a chart's axis
5
Error type chart with simultaneous errors