Dealing with selection when collapsing a tree node

I am building a software which has a tree structure filter. Selecting a node from the tree loads information about it in a table on the right.

What do you believe is the best option for node selection when the user clicks on an ARROW next to a node (just the arrow).

Version 1 - the node collapses, the node which arrow the user has clicked gets selected

Version 2 - the node collapses - no new selections - the table on the right still displays the previously selected nodes' information.

What do you guys think? Thank you in advance

Let's forget about 'correctness' and think what users might want to do here.

A user wishes to see the details of some node. She navigates to the node of interest, and clicks it. The node details are shown on the details pane.

I suspect that that's all there is to it. If the user is now collapsing the parent node of the selected node, that should mean she is now looking for another node, so what's on the details pane doesn't really matter much (unless you can think of why would that matter).

On a mobile device, the left (master) and right (detail) panes are likely not to co-exist side by side. Rather, a click on a node on the tree will take you to the details screen, from which you can go back to the tree using 'back'. See illustration below.

If you think a mobile version of your app can use such pattern, then it's another argument in favour of just keep the details pane as is. 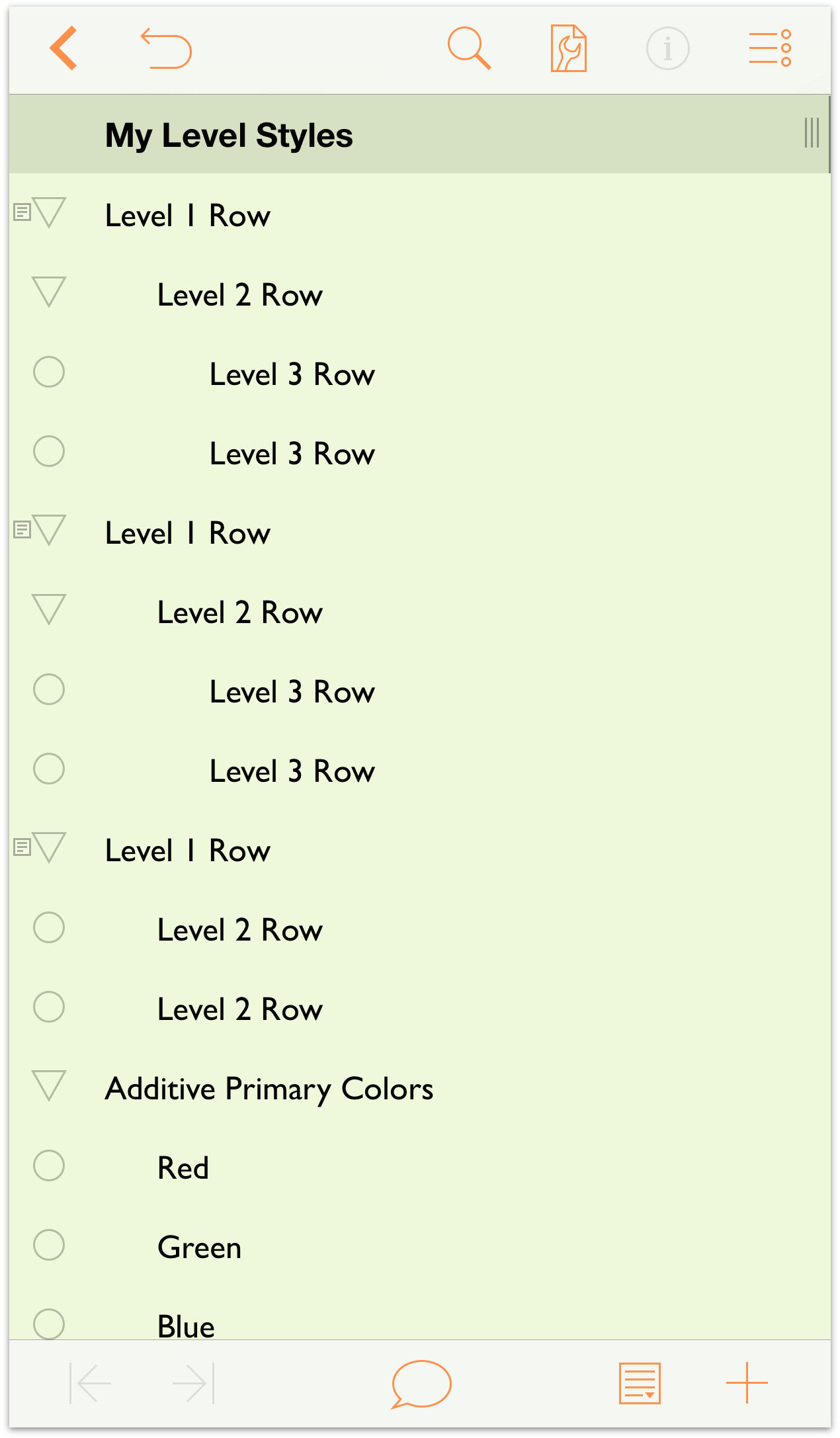 Collapsing or expanding a node does not constitute a selection. I'd argue that you shouldn't change any selection upon collapse/expand.

If you find it useful, you can always provide a breadcrumb on the details bar or an option to show the corresponding node on the tree. Something like the Show in sidebar option in the context menu:

Version 1 doesn't really make a lot of sense. If the user was trying to select the node, they'd click on the title.

By clicking on the arrow they're trying to find something in the collapsed menu, or collapse a section they don't need open. Neither suggests that they want to select that section.

Not the answer you're looking for? Browse other questions tagged usability user-expectation filter selection or ask your own question.

25
Hierarchical multi-state tree check box selection
11
Moving Elements Between Lists
11
Is it better to represent simple labeled information as table or just text with subheadings?
3
Should clicking on a checkbox and a table row produce different actions?
7
Selected group item - How should collapsed group indicate selection?
3
How/Where to display contextual information based on radio button check
0
Bulk actions on a left-navigation tree of folders/contents - Best way to handle this experience?
1
Feedback for invalid selection of the text
1
Selecting single/multiple rows in a table