whether card based design will suit for question and answer site?

I have planned to design a quiz website. My quiz will have some major topics, and about some sub topics. I planned to display all quiz questions in single page rather than taking user to different page.

Note: There will be about 15 questions for each topic. 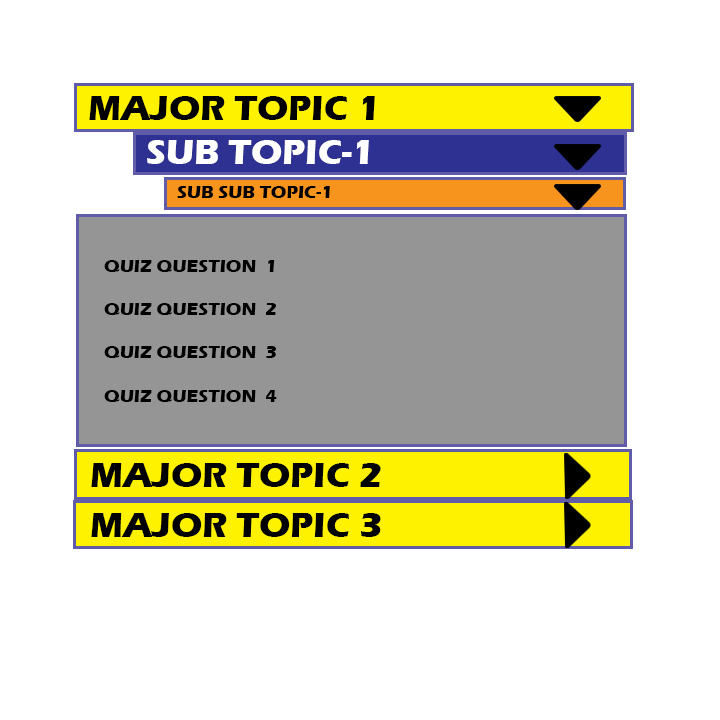 I think you may mean Accordion rather than Card-based.

TL;DR: Ditch the accordion, show them the topics as headings, and have the sub-sub-topics and questions on a separate page.

Alan Cooper recommends to avoid hierarchies greater than one level deep where expanding navigation is concerned:

Most humans are familiar with hierarchies in their business and family relationships, but hierarchies are not natural concepts for most people when it comes retrieving arbitrary information

Developers are comfortable with nested systems, in which an instance of an object is stored in another instance of the same object. Most other humans have a difficult time with this idea.

Ditch the accordion and simply show them the topics as headings.

Clicking a sub-topic brings you to the page containing the sub-sub topics as headings, with the questions underneath each heading.

Not the answer you're looking for? Browse other questions tagged website-design user-expectation design or ask your own question.

1
Long pages vs more pages
8
Tag cloud for web site actions - a no-no?
6
Designing a different kind of survey experience
1
Having Vertically Long display of Posts are good or not?
2
What should be taken into account when designing easily identifiable symbols?
0
How to combine full-width and fixed-width pages on a website
1
When web designing for the baby boom era should mobile first be considered?
3
How could an unintuitively named site's scope be made more clear to new users?
6
How to convince a client to use responsive typography
3
Documentation: one long page or several short pages