Choose between single or double buttons for two actions

I'm trying to find what is the best approach for the following scenario.

I'm building Music Player App(iOS). For each played song we have two options :

I'm trying to super-minimize the UI - so i've tried the one button concept.

When clicking the plus button, it's automated adding the song into my Music Library, and a bottom card menu pops with the options to add to a new/exists playlist(and cancel). 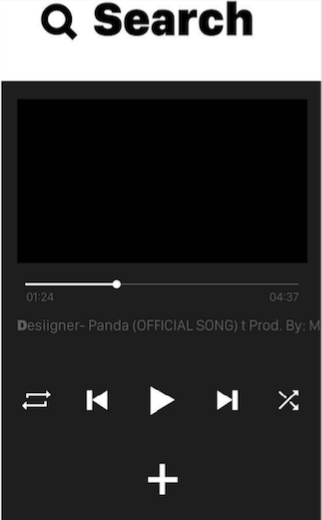 That said, here is the issue:

After the user click the plus button and adds the song, he can remove it by clicking the plus again(which will be a X button). But with this scenario, if i'll not be adding the song into one of the playlist, i'll not be able to open the playlist menu again, unless he will remove - add it again.

Is it "okay" to allow the playlist options only when adding the song? Or it's a must to add a playlist button for future use(just in case)? All tho' adding and removing the song will pop it up again + you'll be able to add the song from the playlist it self and not thru the song.

What's your thoughts about that?

Next to the "Add/+" button, you can have /(downarrow) selector which could either accordian-open a drop-down menu or pop-open a modal box which would allow setting indivual on-the-fly user-action preferences. (Add/Delete Behavior Settings)

Similar to how myfonts.com handles the behavior selections for viewing overview samples.: 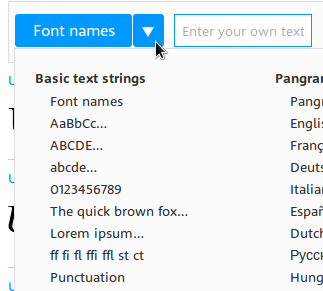 The Behavior Settings Area could also be used for related actions such as "reset to default" button, Also, great place allow access to the "playlist menu" which you mentioned.

You may consider implementing a "Remove/-". Grayed out until a selected song has already been added: 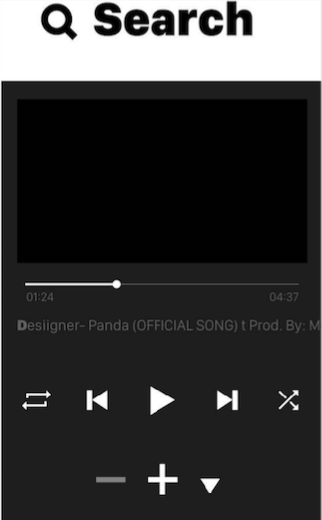 There is still enough room to implement a couple of more buttons, such as a heart for tagging it as a favorites without adding it to any specific playlist (non-selected start out as white, with green indicating it is already tagged as a fav and red being that it has been tagged as not a fav). Additionally, you could have a thumb-up, thumb-down to tag item as liked/disliked without actually adding to playlist.

In addition to "playlists", you could implement "virtual albums", which could then be included in playlists. Obviously, being able to clone an album or playlist would also be a good feature.

-- Best of Luck with this probject!

Not the answer you're looking for? Browse other questions tagged user-behavior buttons user-expectation user-research experience or ask your own question.

8
Input for Multiple Links
1
Best way to add filtering for the data in grid ? dynamic filter fields or filter for each column separatly?
1
Best way to remove items that are “assigned” to something else?
9
Volume control and Pause/Play toggles are inconsistent, why?
1
Centered grid menu for two textual buttons
1
Need effective name of a button which can explain that by clicking it user will be able to perform certain operation
2
Combine options in one button or create separate buttons?
0
UX for creating and managing users
2
Adding Users to a list
0
Is it ok for a button to open in a new tab?