I have a web application with a left menu where each item can have sub-menus within it,similar to this example : 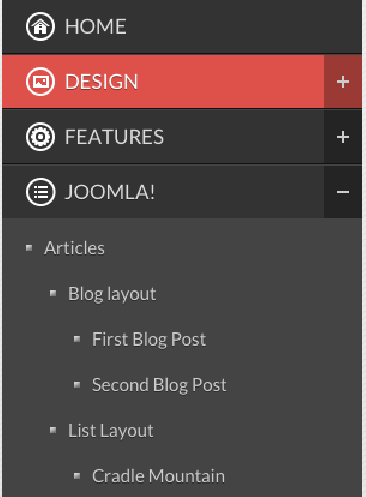 Now,if I am under a particular menu and then I navigate to another menu item what happens to the previous selected menu/sub-menu options?

The problem with patterns is that it’s hard to stand out when you’re doing the same thing everyone else is doing. But you don’t want to deviate too far from functionality with something as important as navigation. You need to find that sweet spot right between familiarity and creativity.

While thinking outside the box is usually a good idea, but there are some rules that you just can’t break. These are the navigation principles.

1) Should they get Collapsed Automatically?

Explanation: Try less to confuse or making hard for users to navigate through your application. Collapsing the previous helps users to know where application needs users attention.

Showing unnecessary items could mislead or misinform them.

2) How is this scenario handled from a UX perspective?

Yes they should collapse

Explanation: Having a look from perspective of UX, again it is best practice to collapse them due to two reasons:

"It doesn’t matter how good your website is if users can’t find their way around it."
- By jerrycao

Not the answer you're looking for? Browse other questions tagged gui-design user-behavior menu or ask your own question.

9
Should an opened sub-menu collapse when the user opens other sub-menu?
0
Best practice for collapsible submenus?

24
Where should the "preferences" item go in a desktop application?
4
Suggestions for menu mockup with "user options"
4
Where should I put a sub-menu on the screen?
0
Submenu and action combined in one element
1
Main menu organization and usability patterns
0
Directly access sub menu
0
Where to put the context sensitive menu
3
Website hierarchical/dropdown menu best practices
1
What is the best practice for a link that has two functions?
4
Web UX: what are the practices of content segmentation without sub-menus?