What is the significance of the three dots "..." on menus and buttons and how to use them right?

Adding three dots after the title of items in a dropdown menu seems to be a common practice (as you can see on the picture of a drop down menu in Google Chrome). They generally mean that there is something after clicking on it. 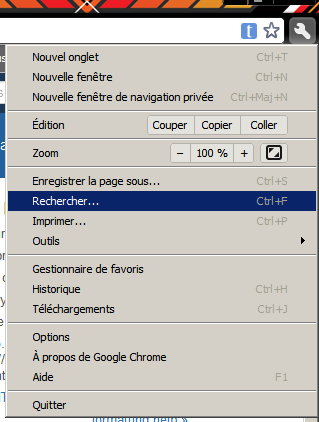 These dots are also sometimes present in the text of action links and buttons.

I am wondering about their utility and relevancy...

These dots, referred to as an ellipsis, always mean that there are additional options. For example when you see "Print..." it is indicating that there will be another step before there is anything sent to the printer.

Taken from The Microsoft UX Guidlines:

In this example, the Print... command displays a Print dialog box to gather more information.

By contrast, in this example the Print command prints a single copy of a document to the default printer without any further user interaction.

This doesn’t mean you should use an ellipsis whenever an action displays another window—only when additional information is required to perform the action. Consequently, any command button whose implicit verb is to “show another window” doesn’t take an ellipsis, such as with the commands About, Advanced, Help (or any other command linking to a Help topic), Options, Properties, or Settings.

Generally, ellipses are used in user interfaces to indicate incompleteness. Commands that show other windows aren’t incomplete—they must display another window and additional information isn’t needed to perform their action. This approach eliminates screen clutter in situations where ellipses have little value.

From the article: How to Use Arrow and Ellipsis Affordances

1
When should an ellipsis be used in menu items?
0
Can three dots be used for context menu?
32
Is there an obvious way to signal that an action leads to a confirmation?
31
Gear icon vs. ellipsis (3 dots)
21
What are the rules of using ellipsis on buttons
12
Is there any research on whether users understand ellipses (...)?
0
Single replacement for: "Upload a document" and "Upload a Video"
2
When to use ellipses with ToolStripMenuItem Navigation
1
Why aren't ellipses used for web applications?
1
How to add UI elements that have a button which need a description and inform the user that steps will follow after clicking the button.
See more linked questions

7
Dropdown navigation menus - should top menu option link to content?
0
Android UX: Smart to use consistent design pattern?
4
Why does Android not show an icon in the overflow menu?
3
Should the main drop-down menu in an application always be titled "File"?
6
Should main drop-down menu always be titled File
42
What is the difference between the horizontal three dots menu and the vertical one?
6
Defined used for the icon: three vertical dots
0
Hiding and showing menu items in an application based on state