My client is a large enterprise that designs its web pages on the basis of their Design library. Trying to create a Catalog for all their internal apps. After several discussions we came down to this design and it was accepted. 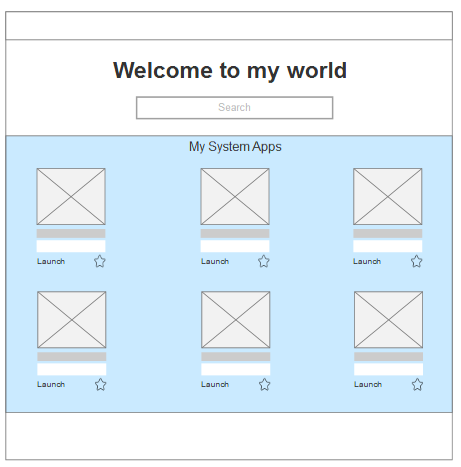 I was wondering what interaction would be correct one when the user clicks on the favorite icon. I decided creating a new section when the firt App was favorited. 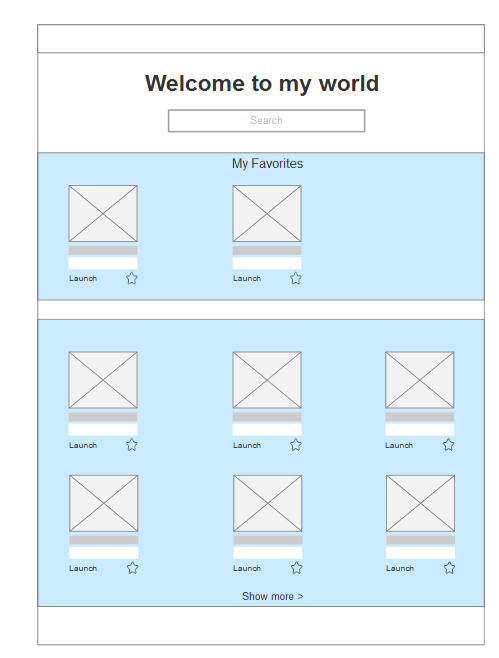 What would be the right way to go?

If we step back a bit, the client wants a clean catalog of its internal apps listed based on the user profile who logs in using ( SSO ). How can I help user see their recently viewed and favorites together.

Don't move it automatically. If I'm halfway down the list and think "Oh, I like this one!" and click the star, I would be very frustrated if it disappeared from sight. I would instead just provide feedback that it was added to the user's favorites list by filling in your "favorites" icon.

Additionally, provide a way to filter by favorites. If the thing I want to see is in my favorites and I know it, don't move it somewhere else for me, but allow me to filter out the ones I don't care to see (i.e. non-favorites).

This is a pretty common interaction on a lot of shopping websites and the norm is pretty much always:

Moving the products to a separate section during the interaction would be a very jarring experience and make correcting mistakes hard to do (e.g. user accidentally favorited an item she didn't mean to, now she has to find it in a new location to remove it).

You could potentially also add an intermediate state that shows a clear indicator that shows that something has happened. For example, a message that appears and fades away in 2 seconds or something like that. 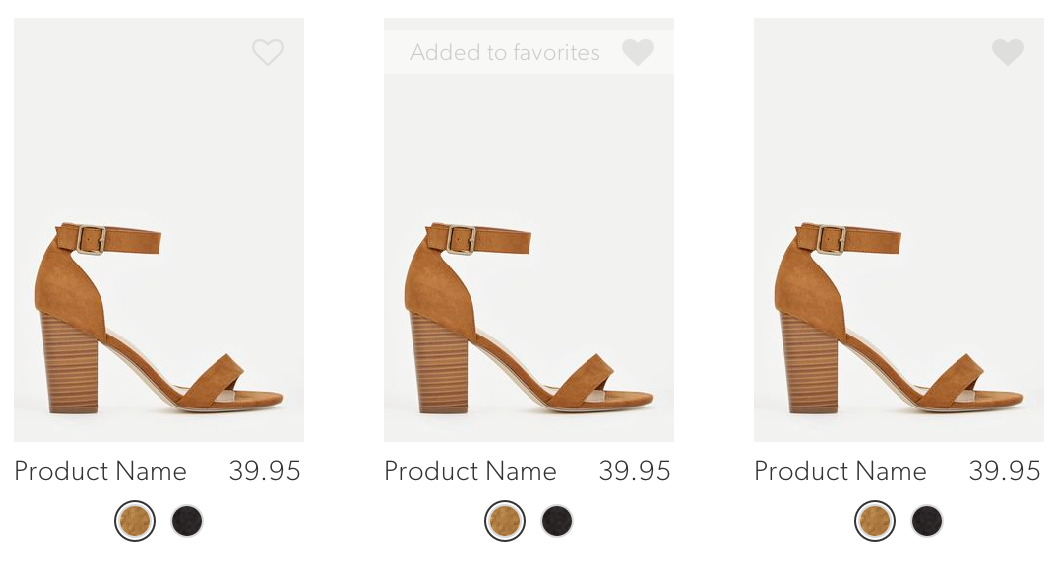 And as @maxathousand said, provide a way to toggle the view to show only the favorites, recently used, or all applications. This should probably go on the same hierarchy as your search field as it accomplishes a similar goal.

I would add a ♡ when the item is not selected, then give it an action color like this ♥ when its favorited.

Use a bright success color like green or yellow or anything else that works with your theme or template, when the user clicks add some transitions or animations so that the color eases into the outlined heart and the user registers the event while it happens.

Not the answer you're looking for? Browse other questions tagged website-design gui-design interaction-design user-expectation or ask your own question.

8
When users ignore icons is it poor design or distracted users?
48
With infinite scrolling, do scrollbars still make sense?
3
Interaction with remote validated form
1
What's the right experience for deleting a favorite conversation from a messaging inbox?
1
Is my needfinding observation plan methodologically sound?
0
Split pane on mobile application, does bottom pane have to take up whole screen
2
Country/Societal Preferences for Leading Zeroes in Clocks?
3
Global functionality placement on Material Design
1
Progressive disclosure on multi-selection interaction