Can Virtual Reality be a Substitute for Real Life Experiences? [closed]

Why should I use Virtual Reality in real life?

A lot of businesses and individuals are using VR like a force fit usage in so many things in daily life where it may not be required.

Is it like a magic which I experience and then keep it away? Or is it an essential device like my Phone which I keep on using in my daily life?

I would not recommend using VR to simulate your daily life activities.

Let me reflect my experience with VR so far.

I have so far had 3 VR Headsets (Can't call them headsets to be honest, since they are all Google Cardboards) and I have also used an Oculus Rift.

Each one of these, I must have used maximum for 5 days. They are based upon constant head tracking and movement which makes it less relaxing than to watch something on a monitor.

Although my usage of VR has been fairly limited to new experiences and apps being released, it feels great for that period but not as something you could retain a user in.

For example, due to the constant head tracking and other things involved, it's a tiresome experience at times and this means that your app/game/simulation in VR should not extend a time limit.

It is also detrimental to your eyes staring at a screen with a distance of around 5 cms between your eyes and the screen itself. 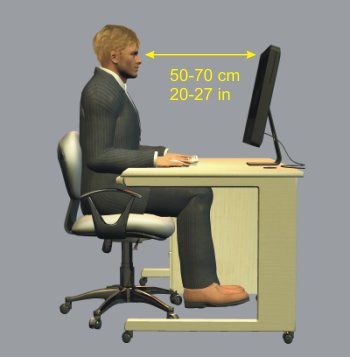 The reason of continuous enjoyment while playing a game or simulation on a desktop or console is the relaxing involved and the ability to actually do something else while at it. For example, eating a pizza.

With VR, the freedom is taken away from you to only concentrate on the content which can get pretty saturating.

And although most experiences such as Rollercoasters, etc have been simulated on VR, they don't really provide the accurate representation of the real life scenario because you know it's not real.

I would not recommend you to constantly use VR to get used to your life. So far, it's a gimmick which will probably end up at the corner of the shelf. There are developments to come and VR needs hardware development especially due to the lack of freedom with the current gen of headsets.

Maybe it can be some sort of substitute as the field of VR Therapy makes advances. ( See TechCrunch or WSJ for example.)

However, often VR is not a substitute for real life experience but an augmentation of actual experiences, i.e. AR, not VR.

My answer can only be opinion based (although I did work in VR during its first uprising in the 90's) and I believe AR will become the more common place experience, while VR in its current form with headsets etc is an ugly path for an infant technology that is en route to something that will merge with AR to form various levels of experience from personal aids to easy access to an almost addictive escapism. (And consequently the social and mental issues that come with that)

So while I don't think VR will become a substitute for real life experiences for the masses, I do believe AR will start to regularly enhance real life itself for the masses.

Not the answer you're looking for? Browse other questions tagged interaction-design virtual-reality or ask your own question.

4
Form Input for Min/Max Field that can be Equal
3
Mobile Augmented Reality App. What pattern for AR visualization and navigation?
31
Real-life UX: What's wrong with our coffee maker?
5
What is a real life example of "The Elastic User"
3
Designing user experience for an actual, real-life environment (off-screen)?
4
Prototype tools for Virtual Reality
2
What resources exist for designing virtual reality experiences?
4
Using virtual-reality as user interface