How to display a single column and multiple rows in UI?

I have to create the UI for a new dashboard. Most of the sections follow "single column, multiple records" policy. E.g. one section lists all the dates where attendance data is missing. So, it has only one column called "Date" which can have as many records as possible.

Currently I am using a grid with just one column, which wastes a lot of space on screen.

I am trying to figure out what is the more sensible approach here to design the second table. Should I try creating n number of labels instead? 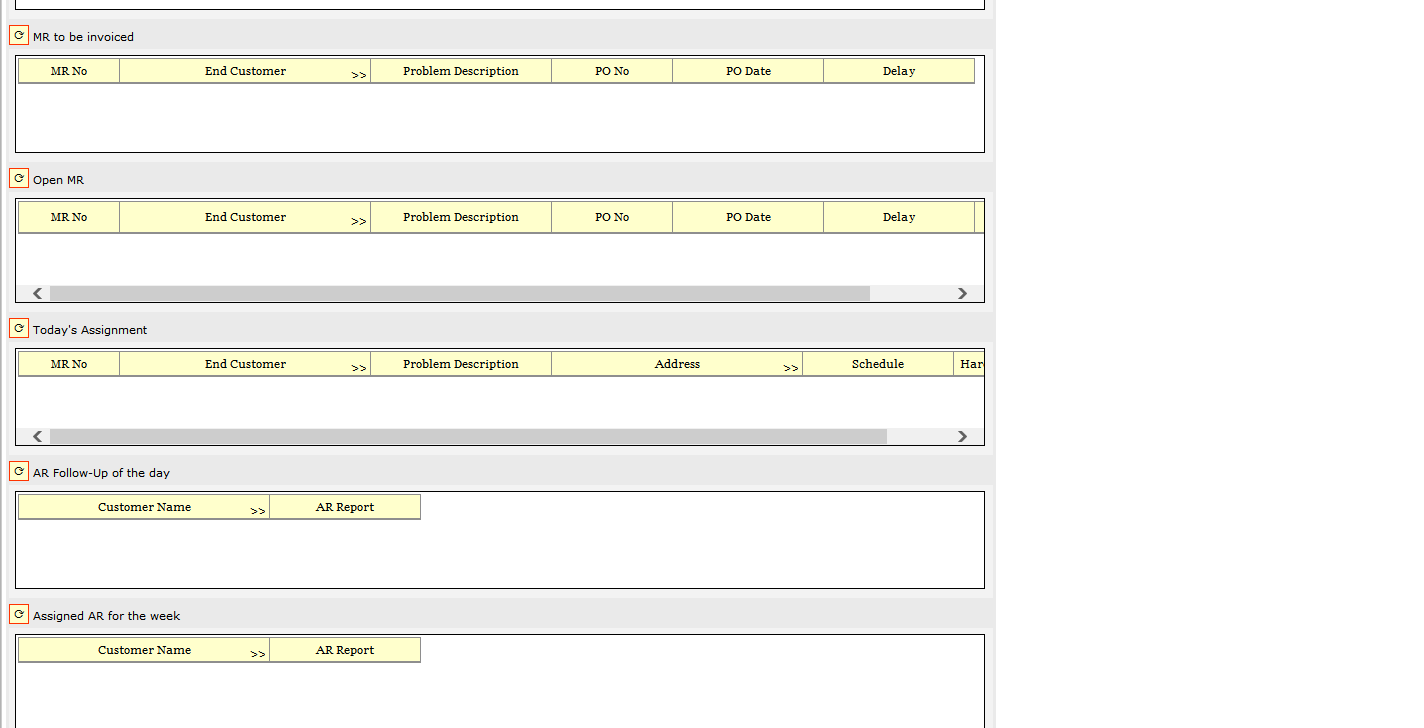 Page has about 15 such sections. Two sections require only one column. The grid control is an existing one which do not support orientation feature. I tried reducing the size of the grid controls, and placing two next to each other, which seemed like a right idea. Other than that, I tried placing n number of labels too, both of which seem like a good enough idea.

There is no requirement of interaction other than clicking on the link in first column in some tables.

Edit: This is how the design looks with two tables in one row.

When the content is as small as showing dates, then show it in horizontal columns and keep the Header as row; the information will still be consumed in the same manner as vertical, but it saves a lot of space and looks a lot neat.

7
exclusive select in a table: radio button, rowclick, text only, text and icon, or icon?
6
Better ways to display/interact with tabular data
2
How to accept multiple types of input to a table cell?
4
What is the best way to lay out a list of date ranges in a table?
2
How to render multiple levels of labels in a table to improve readability?
5
Does it make sense to put search result filters on the left in a table in which each column is filterable?
2
Need ideas and opinions on table display of objects in different states
1
Best way to show nested tree-model data in HTML tables
1
Combined Tables View
1
Best UI Practices to show Multi-Action Button while avoiding tabular layout