What's that "chevrons" mouse-like "not a slider" interface?

Imagine an ordinary left-right slider (line with a grab) which runs from say -100 to 100. The position is the value ... it's a slider.

I've sometimes seen rather: a horizontal area the same shape as a slider. It's marked with chevrons pointing to the right on the right and left on the left.

So indeed, a track pad really, rather than a slider. (Your movement cues a delta, you're not selecting a value along the length.)

a - Is this just something I've seen in my mind because I'm mentally unbalanced, or does this exist?

c - think of an app that does this?

Here's a scratch version I did of what's in my head ... 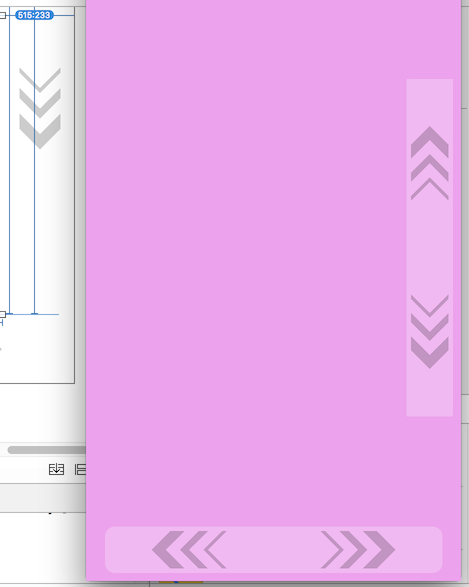 Imagine your phone app has an area at the bottom of the screen, where you can nudge your finger left or right (ie, as if dragging), and that will affect some value. (Imagine it, say, tweaking one joint of a 3D model joint on screen, perhaps.) How would you "indicate" that area; that the strip is a (let's say) sort of "touch strip" ("mouse-like value adjuster strip") .... ???

There's no chevron, but the behavior you are describing exist in Snapseed (photo editor for Android)

If you drag up/down, you will see the parameters you can affect. If you are dragging left/right, you can change the value of the previously selected parameter 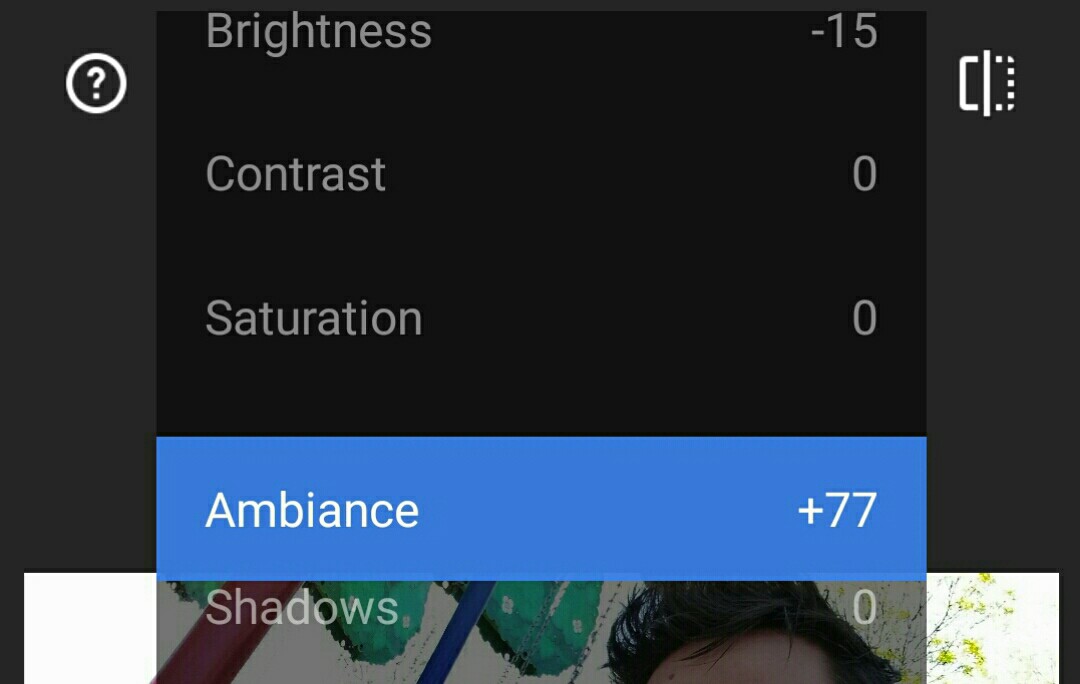 Not the answer you're looking for? Browse other questions tagged controls touch-screen sliders or ask your own question.

7
How do you indicate that a UI element affords sliding, without using an actual slider?
4
What's the term for imprecision in mouse and touchscreen clicking?
7
Should touch image sliders in mobile devices avoid scrolling on touch event?
14
Should a special slider value be implemented with a checkbox or not?
1
Best way to indicate that a slider caption & call-to-action box is attached to an image?
4
Does A Slider Control UI Element Like This Exist -- The Joystick Slider?
0
Why Facebook and Linkedin use a slider to scale/edit users' profile image instead of mouse middle button scrolling?
5
What's a good way to show a slider that also has on/off toogle in an app?
5
What's a better approach to slider?
4
What's the best option for an opacity slider on this color selection menu?