Where to place an emergency stop functionality for remotely controlled vehicles on a mobile device?

In several cases an emergency stop functionality must exist. With older control systems, there was usually a physical big red button in a corner somewhere. In case of a smartphone/tablet, there are several issues with placing the emergency stop on the screen:

I'm thinking about using the physical buttons which are outside the touch-screen. Exiting the app by pressing the back key or the menu button might be considered as a choice (I'll just catch the onClose or onStop signals and emit the emergency stop command before closing the app), but it has a disadvantage for the case where several users can control the same device. In that case, closing the app might mean releasing control so others might continue controlling it.

There might be other physical buttons on the side of the mobile device (the power/wakeup button, the sound volume control etc.) but not all of them might be available on all types of mobile devices.

Is there an established practice for the emergency stop option for remotely controlled vehicles? If it's placed as a button on the screen, how to avoid triggering it by mistake while still making it quickly accessible in an emergency?

Firstly, you can't guarantee the position of any physical controls on the device. Even if you decided to stick with the iPhone/iOS you can't be sure that they won't issue a model that has the button you've chosen hidden somewhere awkward or removed altogether.

If you have room for an emergency stop button on your screen, make sure it's in one of the lesser-used areas to avoid it being triggered accidentally: 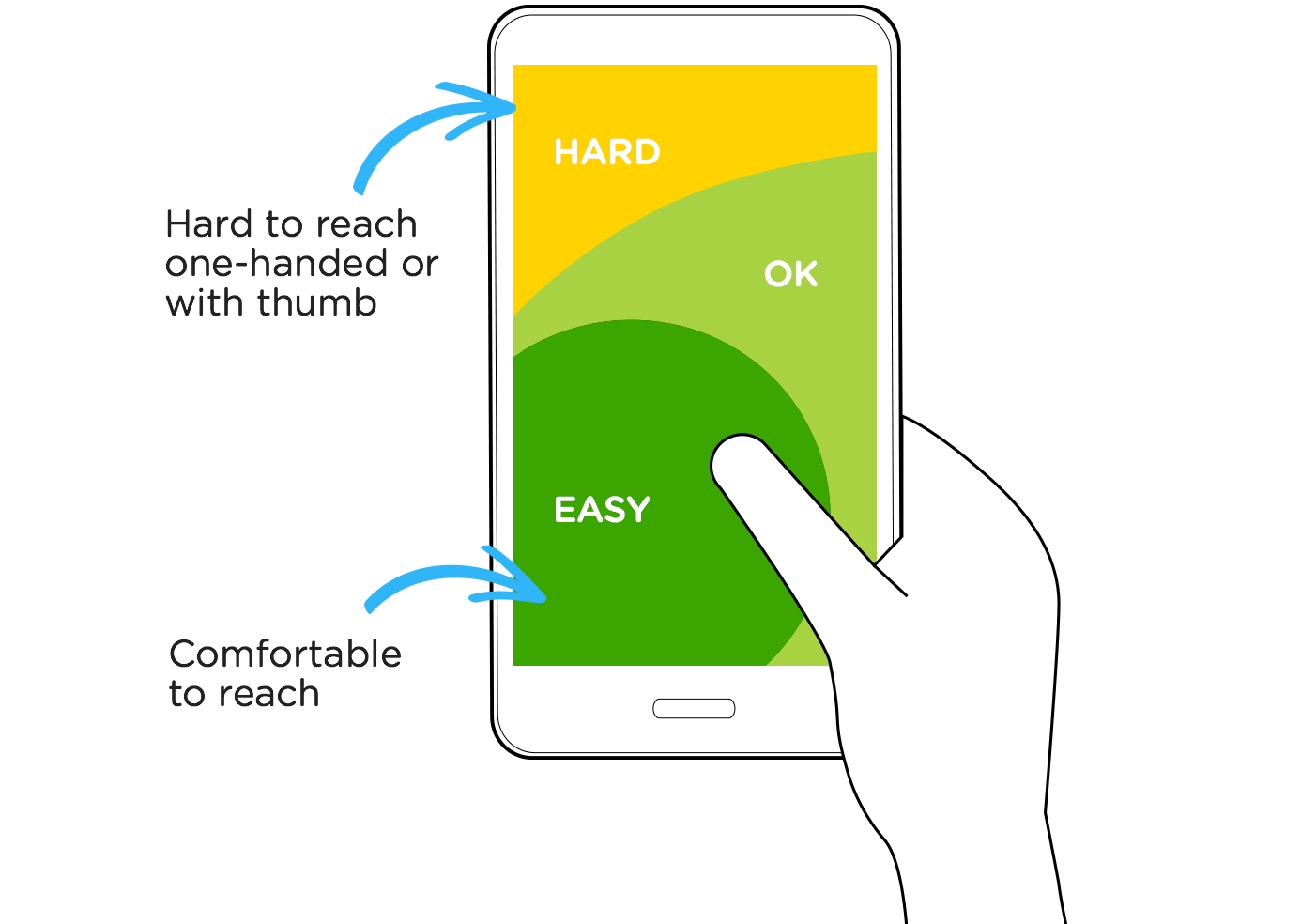 (of course this image is only good for right-handed users - image from: http://www.lukew.com/ff/entry.asp?1927)

Instead you might want to consider gestures - A two-finger swipe down the screen could trigger the emergency stop without the need to use hardware buttons or use valuable screen space - I would, however, advise trying out a few different gestures to find the right one for your application.

Not the answer you're looking for? Browse other questions tagged mobile remote-control or ask your own question.

1
On a mobile device, where in the navigation menu should “login” be placed?
1
Multiselect treeview of checkboxes on a mobile device?
5
Where to place call to action on the iOS mobile form?
2
Mobile - are there heatmaps that show where user looks at on a mobile device (like F Pattern) ?
1
Where is the best place for banner AD?
0
Where to place ads on a blog when viewed by mobile?
0
UI controls during full screen reading
2
How to implement list filter functionality for mobile use case