Why do manufacturers allow Android's 'takeover'?

This is a question that I was wondering for quite some time. To provide some background, I bought a few physical devices with different screens and operative systems so we could test apps at the office. Since these devices are not for heavy use, I went for the cheapest option for each one (basically, base memory).

Right off the bat, I realized something: a couple Android devices with 2GB from factory defaults were almost without memory: Almost 1.3Gb were taken by different Google apps and some specific apps for the phone and all its related files.

Obviously, this leaves no room for anything more than maybe a couple apps and a few photos, resulting in a less than desirable User Experience. And consequently, a really hard hit to brand's credibility. For example, I know I won't buy a Motorola or HTC phone again.

So, my take is: - Manufacturers accepts that Android limits the user experience - They allow the loss of user's locus of control - They're OK with Google taking full control of the device

Please note that this is not a Google or Android bashing. I simply see Android phones needs some specifications to work, so my question is: why do manufacturers create phones with all its features limited by the OS? It's really obvious that just adding a bit of memory would make user's experience more enjoyable, yet they don't do it, so: Is there a technical o economical reason to explain this behavior?

user-expectation physical smartphone
Share
Improve this question
asked May 16 '16 at 18:39

To keep costs down

I would rephrase the question as 'Why do manufacturers sell devices with seemingly insufficient memory?'. The answer is to make the device more affordable, particularly in developing markets where consumers are very price sensitive and may have lower disposable incomes.

The other secondary affect to this to consider is bundled apps. Manufacturers will strike deals with app makers to include bundled apps, to generate revenue up front. So manufacturers actually have an incentive to restrict the user's ability to download bundled app competitors. (Although I think this one is a bit more questionable in it's effect).

Users don't use that many apps

I'd also question your assumption that

this leaves no room for anything more than maybe a couple apps and a few photos, resulting in a less than desirable User Experience

'Normal' people don't actually use that many apps. 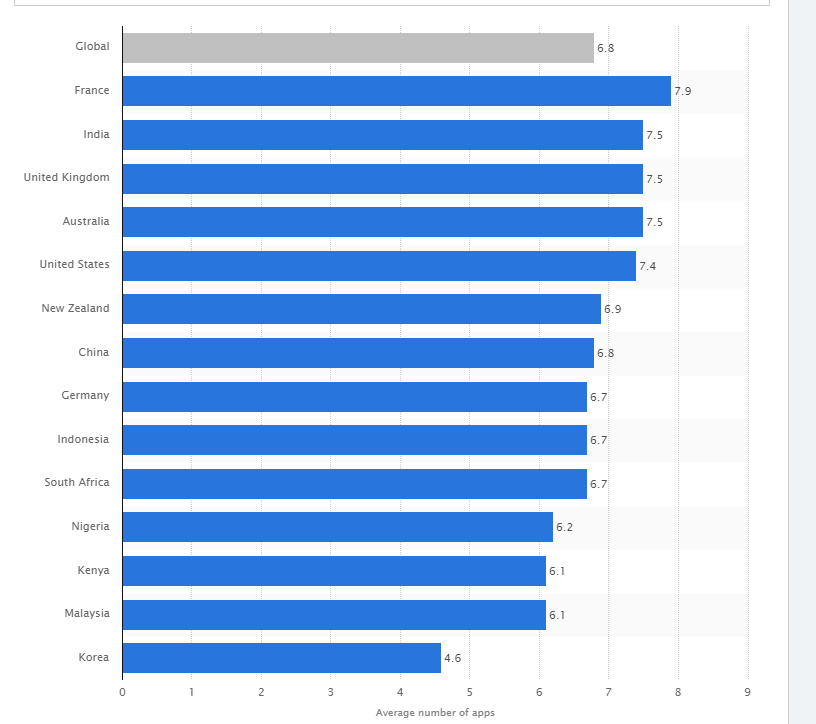 If you include the default apps bundled on lower end Android phones (email client, browser, maps, Facebook, possibly a chat app) then most users may not download that many additional apps because all their use cases are met by a relatively small number of apps.

It sounds like there is more to the story than meets the eye, so I'll try to tackle it from a number of different perspectives:

Firstly, it would appear that you have created some bias through the purchasing of the cheapest devices. No doubt that cost impacts on the amount of functions and features (memory being one of them) that can be shipped with the product. Line up a bunch of products with limited features, and you would be of the view that there is no option but to go with defaults.

Further to that, perhaps this is the manufacturer designing and developing to the specific behaviour of this group of users (e.g. I just want something cheap and simple to use), so it might not be that the manufacturer wants to control things, but simply the market dictating to the manufacturer what should be sold (I could be wrong here too).

One of the oldest tricks in the book is to create market segmentation where it is difficult to distinguish between the different groups of users and therefore to set the optimal pricing strategies. In this instance they may be using the fact that some people are willing to pay for the extra customization (e.g. power users or people that want a unique and personalized experience) to segment the market, and using physical limitations is a good way to control this because it is harder to get around it. So you have to buy the 'premium' model with the SD memory card expansion slot, or get the model with more memory (the iPod or iPhone is a classic example; Windows Surface is doing this as well).

I actually think based on your definition Apple is the company that limits user experience to the greatest degree (on the flipside you could call it strong branding and consistent user experience). In actual fact, Android doesn't limit the type of hardware device you can run their OS on, and as an open source platform it allows people to customize in many different ways so I am intrigued by the way you have asked this question.

Not the answer you're looking for? Browse other questions tagged user-expectation physical smartphone or ask your own question.

8
Do manufacturers of markers produce different shapes for each type (whiteboard/permanent) so you can tell the difference by touch?
14
Why do manufacturers of most small/medium refrigerators default the door to swing counter-clockwise?
4
Why don't most smartphones have front facing speakers?
22
What was the reason behind total transition towards wide screen displays by the manufacturers?
75
Why is sugar not in a shaker?
0
Why not allow numeric fields to do arithmetic computation?
59
Why do most smartphones not have a physical keyboard?