How can I make my “translate” feature not stand out?

I am building an app whose main purpose is providing Text to Speech service for those who doesn't know English very well. It can read the words you type in, add/delete/edit playlists, and let the user change settings like pitch, volume, speech rate etc.

Here is the UI where the user can enter a word/sentence and have the phone read it out: 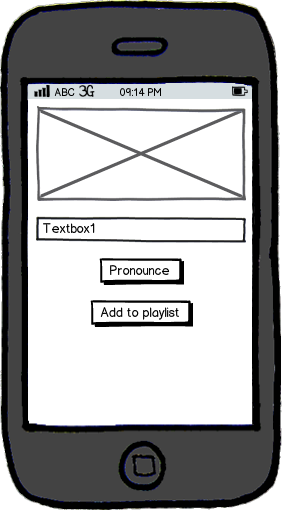 The problem is that I don't know where to put this feature. If I add it like this: 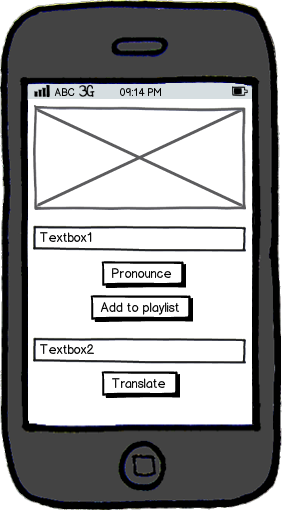 The user will enter the text he/she wants to translate into Textbox2 and tap "Translate" and the translated text will appear in Textbox1.

I just don't want the user to be distracted by the translate feature. 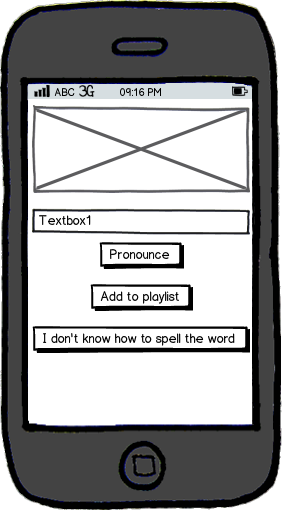 When you press the "I don't know how to spell the word" button, a dialog will pop up and ask the user to enter the word he/she wants in his/her mother tongue:

But that button looks really weird. You see, the other buttons are kind of small and with few words in it. And this really long button just pops out of nowhere. Looks bad.

Any ideas on where can I put this feature and at the same time not distract the user with it?

gui-design intuition
share|improve this question
asked May 12 '16 at 13:25

I agree with your third approach - but I think the way to remove your concern about importance is to use a clearer visual hierarchy on your calls to action buttons.

At the moment, all three of your CTAs are look the same, so the user will see them as equal importance.

If you make them visually distinctive, you can make it clear what is the primary CTA (in this case Pronounce), and what is a secondary (or tertiary) CTA - which is where your spelling help functionality sits. 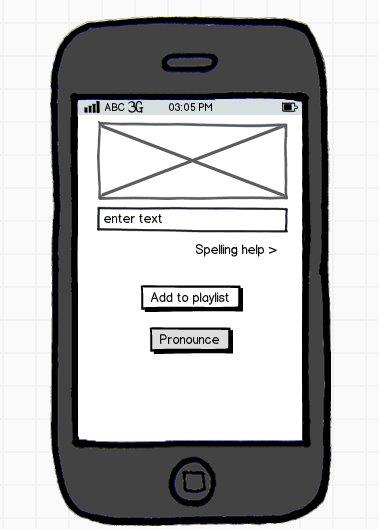 Not the answer you're looking for? Browse other questions tagged gui-design intuition or ask your own question.

5
rectangles Vs rounded corners of text fields on mobile
4
How do you show that a feature can be selected individually or combined with another feature?
2
Adding paging, sorting and filtering toolbars to a table
4
User access level grid - idea for gui
0
How to display a lot of filters (cascading and/or not)?
0
How to improve UI within a form, where a field can change type, based on data you want to enter
4
Can not reorganize large number of controls on a form , in a visually appealing and efficient way
3
Can sign up/log in be unified in one button?
0
Editing and Deleting smart folders
2
When to remove labels for data elements?