How to handle the cover when a photo album opens straight to the lightbox?

Think of a situation when one or more albums are represented by a single image. Clicking a album will not result in a navigation to the album's own URL. They open in the lightbox right away. The complete album is only accessible in the lightbox this way.

By default, when the representative (cover) image is the first photo in each album, it's no problem.

We could let the user pick the cover from:

If the photo is not from the album, we assume it's a custom cover (like a mosaic) and it's not meant to be shown in the lightbox anyway. The lightbox will start with the first photo of the album as normal. I guess it's ok?

If the photo is part of the album:

This is a very common situation. The user will choose a photo that represents the story they want to tell, but the story will develop sequentially. For example, let's say the user creates "My Wedding Album", and s/he uses a photo of the groom and the bride happily married. Quite possibly, this will be a photo in the middle of the album. However, to get to that photo, you'll need to follow the sequence the user designed (for example: how they met, how he proposed, getting to the church, the guests, whatever).

You'll notice the same happens with a music album: the artist uses an image that represents whatever concept s/he wants to transmit, but it does't mean it will affect the order of the songs, which will have a sequence defined by other reasons, usually rhythm or some kind of story.

In short: let the users choose the cover, it's what they want to transmit. And open the album where it starts: at the beginning. Then the story will develop as intended 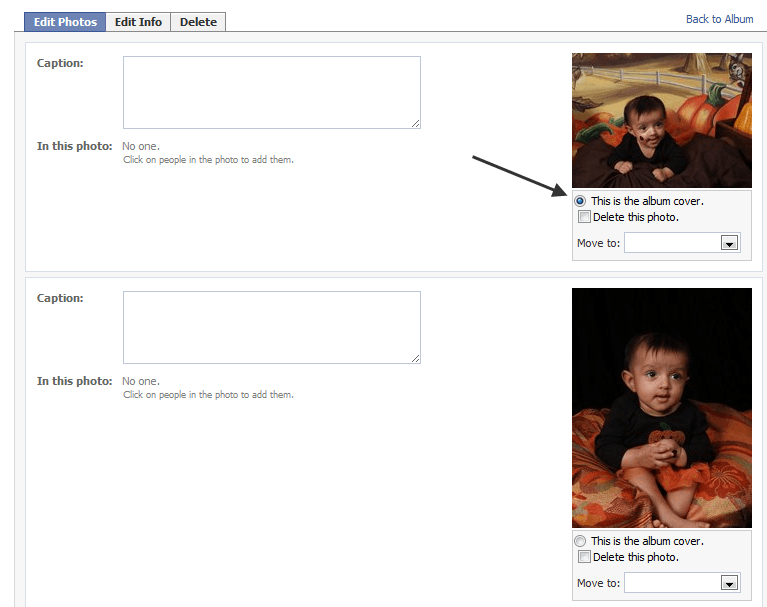 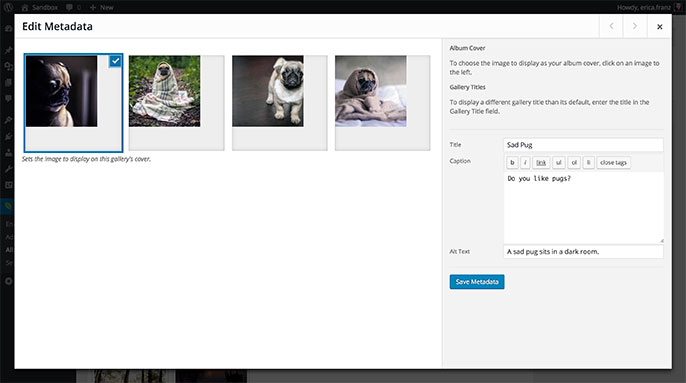 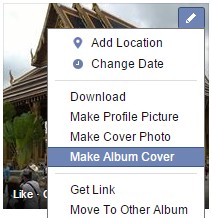 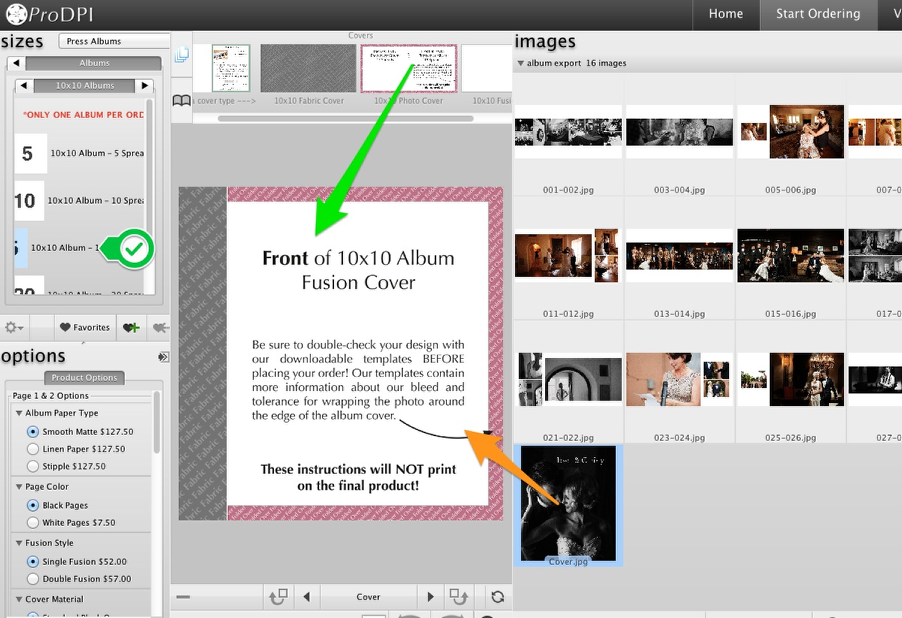 Devin has the right answer for you, start at the beginning. However, one alternative would be to open up to a larger view of the cover and treat it as a cover. Meaning that you would have a nice layout with the title of the Album displayed and any other pertinent info (as if it was a physical book cover). Then the next image would be the first page. The later repeat of the selected image would not be a concern, as you are getting the unaltered/unblocked view of that image (just as you would with a physical album). This may address your concern of, but dont you think the user wants to see that specific image, while working around the concern of repeating it, as it is serving a different purpose.

Representing albums with a single picture and using lightbox has some drawback.

To eliminate the mentioned drawbacks you need to provide some means:

Then you can start an album with the first image, as @Devin proposed.

Here I have attached example as per my point of view. hope it will be helpful to you.

Many times the intent of having a specific photo as cover photo would be to immediately see the large version of that photo with one click. So thats what the cover photo helps with.

Not the answer you're looking for? Browse other questions tagged website-design user-expectation lightbox photos or ask your own question.

2
How can I make this complex photo upload system easy to use?
11
What are lightbox / modal window UI best practices for viewing full-sized images in a gallery?
3
Is there an elegant way of sharing content that's already in a lightbox?
1
Lightbox Gallery Thumbnail Indicators
2
Gallery Lightbox
2
Infinite (looping) carousel vs lineal one
1
Is it bad UX to switch between galleries in a dialog window?
6
Should video lightbox “remember” the last video position?
1
Should lightbox be opened before or after image is loaded?