Focusing users on specific option/fragment creating the opposite reaction

i've made a research about my app today, and i've found some unexpected results. The default/opening screen of my app(iOS) is : 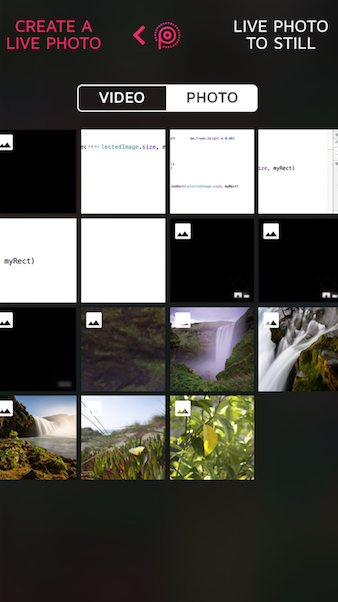 The user can create a live photo from video or a photo. The "Video | Photo" indicated that the current selected screen is "Photo". I've marked the text with the theme color, as well made a point to this option.

Still,most the users thought that "LIVE PHOTO TO STILL" is the selected options, and got confused. I can't understand why, because i've made two different things to mark the current choice. Any resolutions/suggestions? Much appreciate it!

I think Abhishek Sharma is on the right track. However, I also think the following isn't clear:

When I look at the above, it's now clear to me that I've selected Create a live photo, but it's not clear to me what the Video | Photo option is for? I guess it wouldn't take long to figure out, especially if you're using it, but I do feel it's missing something.

This approach doesn't necessarily have to be split between screens (although you could certainly do it that way - Step 1..., Step 2..., and so on).

Also, the actual user selection between Video or Photo isn't clear - that is, it's not clear which one has been selected by the user. Your best bet would be to clearly change the appearance of the selected option. For example: 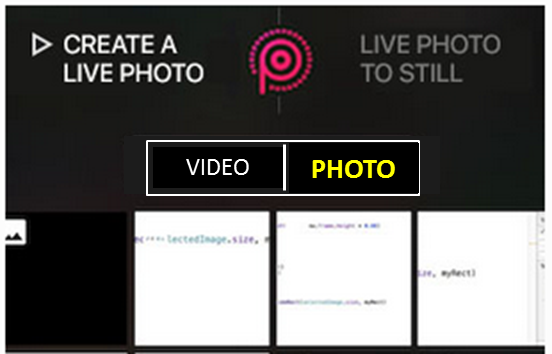 In the above mockup it's clearer to the user they have selected 'Photo' because the text PHOTO is now a distinct color away from the black and white theme, and it's also in bold and larger point size.

You don't have to use yellow, or even change the appearance of your text, but you probably should do something to differentiate what the user has selected. If you go with Abhishek Sharma's 'triangle' you could also use that instead to show the selected option.

Either way, I think we've been able to help you make your app clearer for users. Good luck with it! :)

I think the cause of the confusion is your colour choice : the use of black and white is so mixed such that it is unclear to the user "including myself" which one is the highlight colour and which is the background colour. So, my advice : change highlight color, it should be unique and obvious .

See the color: At very first look to this image, I can't able to see "Create A live Photo" as it is in dark color over the dark BG.

You have logo in pink color you can use grey color for inactive links. 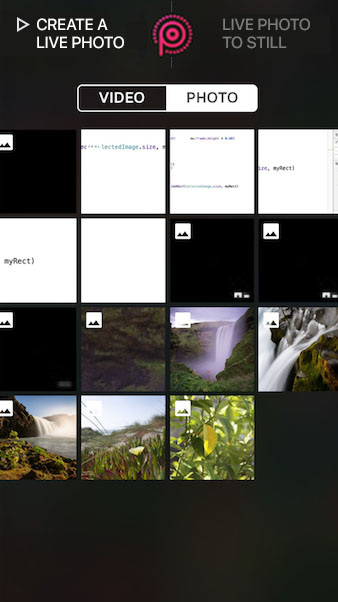 if you want to remove this small triangle you can remove it, it will look good without this also.

Hope you understood the important of colors in Design.

Not the answer you're looking for? Browse other questions tagged interaction-design user-behavior buttons user-expectation interface or ask your own question.

5
Edit button or tap to edit
3
How prominent should the deactivate account function be?
2
Changing button alpha value v button text colour to indicate current button status
2
Using native iOS / Android icons on another App expecting users to understand it
0
When should I combine/separate actions into different screens?
1
Improve selection (from 2 options) more Intuitive
89
What is the opposite of Cancel?
0
UX for creating and managing users
2
Button reaction depending on the x-coordinate