Background patterns - do or don't?

Is there any data or research on whether or not background patterns have an impact on the user experience of a website as opposed to using a basic (flat/solid) color like white or a light-grey?

I mean this both figuratively and literally. Anytime you add more visual information to something it becomes more cluttered. This is why with very data-dense interfaces people often choose for flat design; it alleviates the business a bit. Secondly, some patterns can actually make it look as though you have some smudges on the screen.

Having subtle-ish patterns can help distinguish areas for people with colorblindness. 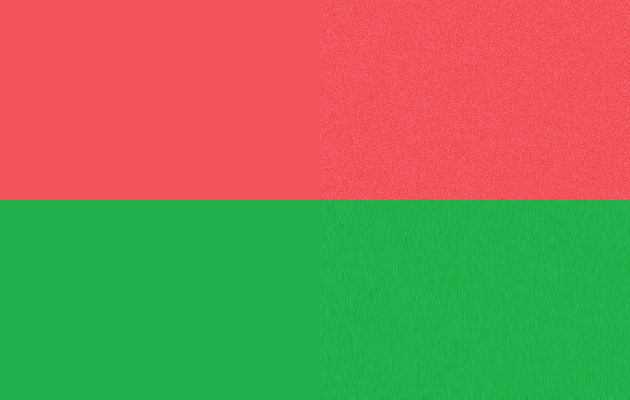 Most people will see the difference between red and green just fine, but these specific shades look exactly the same to deuteranopes: 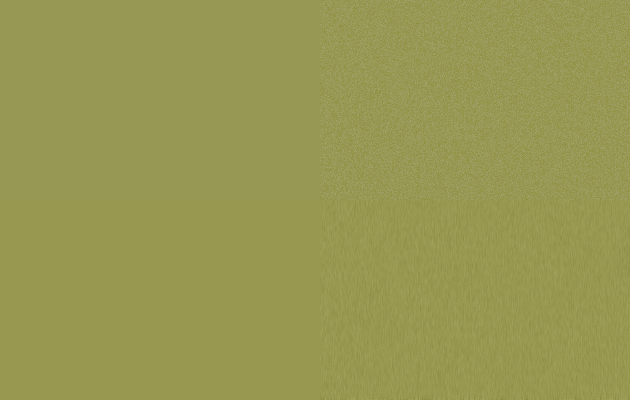 But as you see, a subtle pattern will help them distinguish the two a bit. Of course you shouldn't rely on just pattern, make sure the hues are somewhat discernible, have brightness contrast etcetera... but this here is just to show the effect a pattern has.

If you have a background pattern it becomes more clear which elements are moving and which are still. For very minimal/empty sites this can be beneficial, to give users a more 'grounded' feeling.

But there can also be downsides. For example, Smashing Magazine uses a very small tiling background image, only 100x100px, which generates a sort of pulsating effect.

You're probably not going to find data on this, because it's not the kind of things that publishable studies are usually focused on. If you're really lucky, some hyper-productive UXer will have turned some test data into blog post, but even then, the sample size will probably be small.

This is a case where you have to make decisions based on the application of general principles.

a simple and effective way to add depth to a website

The take away is that, when used effectively, texture is a very useful tool for manipulating a user's attention, but care should be taken so as not to overdo it.

As is so often the case in design, less is more.

the aim should be to help to user focus on the content or features on the website, not distract them. the background should take a very low priority in the user cognitive load, like the name "background"

Not the answer you're looking for? Browse other questions tagged design-patterns user-research background-images background or ask your own question.