On a tablet, is it okay for both modal-style windows and full-screen programs to close with different methods?

Imagine you are faced with a tablet-sized screen that is almost-but-not-quite a tablet.

The layout is simple, very much like an app found on a tablet. The menu is 1/4 of the screen width and aligned left. By selecting a menu item, that section is displayed in the remaining 3/4 screen width.

Very few of the sections have an additional level into which you can 'drill down', but for those that do, a modal-style file explorer window will open listing the files inside as a grid.

Selecting an individual file opens the program to which it is attached, filling the entire screen. OpenOffice, for example, would display as you would see it on a desktop.

Unlike a tablet or smart phone, there is no centered 'home' button or icon to immediately indicate how to exit the current screen.

I feel for the modal-type screen, a centered 'close' button is more clear and effective, as there are no other buttons needed for those modals. There are no other possible interactions other than select a file or close the window. The current modals use a top right x and are displayed very similar to Windows 7 'windows'.

The programs that fill the entire screen are all OpenOffice or similar and, of course, also look like the Windows 7 windows with the x in the top right corner, which is normal for programs of that type. These programs are not as often used, but when they are used, the mouse is almost always used to interact with them, which makes selecting the X in the top right corner much easier to target since they aren't using their fingers.

Update to add pictures of screens

Most screens on this devices are going to be panels for settings or grids of items to select. Those screens, in my opinion, would be effectively closed with a button like so: 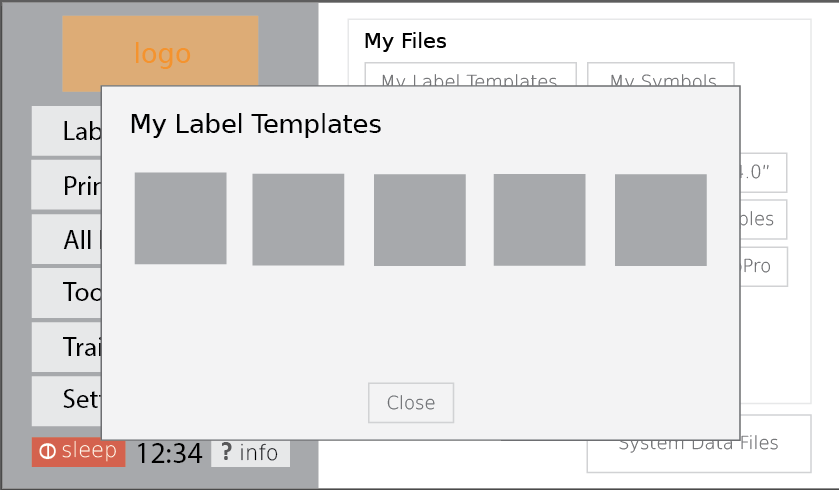 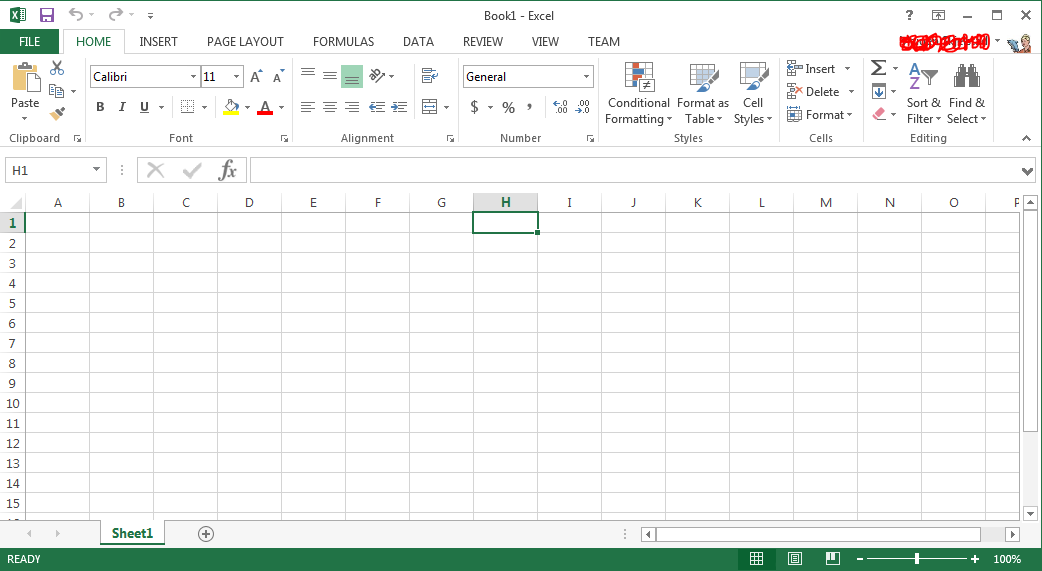 I don't feel like they have to both close the same way, because of how they are used.

This sounds less like a question than you publicly stating why your decision is justified. That's usually a dangerous position from which to design a solution.

In the comments you expanded on your concerns:

I want a clean user interface, and I don't feel like it needs two different ways to close a panel ...

This is a matter of "clean" aesthetics. You can take an aesthetic-centered approach, but don't pretend that aesthetics and experience are directly proportionate.

If users expect a close button in the top right to facilitate a "cancel" action, they don't care if it looks better to remove it. If you do remove it, you'll likely end up with a bigger button at the bottom to retrain them. Bigger buttons rarely look "cleaner".

Everything I've said is speculation. Speculation grounded in experience, but it's a guess nonetheless. The only way you'll ever know if your audience understands an inconsistent approach to closing things is if you test a representative population.

Bit hard to say for certain without some images to go with your scenario.

It's generally a good idea to maintain consistency for common actions, such as close. If you're using apps like OpenOffice, it's probably fair to assume your expected behavior is frequent (e.g., people use the devices regularly). So, I'd expect people to habitualize common actions such as close over time. If close keeps moving around, then they can't create that consistent cognitive model and it'll be frustrating over the long-term.

That said, there are reasons why you might want to break consistency to force a different thought pattern or more deliberate choice.

Ultimately, usability testing and such with people that will actually use the system is the best way to validate your decision (preferably in an environment similar to the expected "real life" situations). Given what I've seen in previous tests, I'd recommend consistency in most situations like this.

Not the answer you're looking for? Browse other questions tagged interaction-design user-expectation interface or ask your own question.

4
Which of the two is the best UI approach for a tablet app destined for reading?
10
Are new app designs deviating from conventional (better?) Interaction designs?
1
Why did browsers get rid of the standard menu across the top and now have one button in the top left corner?
2
How to represent medium difficulty? (fitness)
2
Mobile - are there heatmaps that show where user looks at on a mobile device (like F Pattern) ?
1
Which is the right place to place close button in a mobile app?
2
How to show errors when saving multiple things at once?
1
Is there a reason to make discrete selections not cyclic
6
About Commanding in UWP apps. What commanding approach is best? office like?, UWP? or classic win32?
0
Which UX is correct for the empty columns