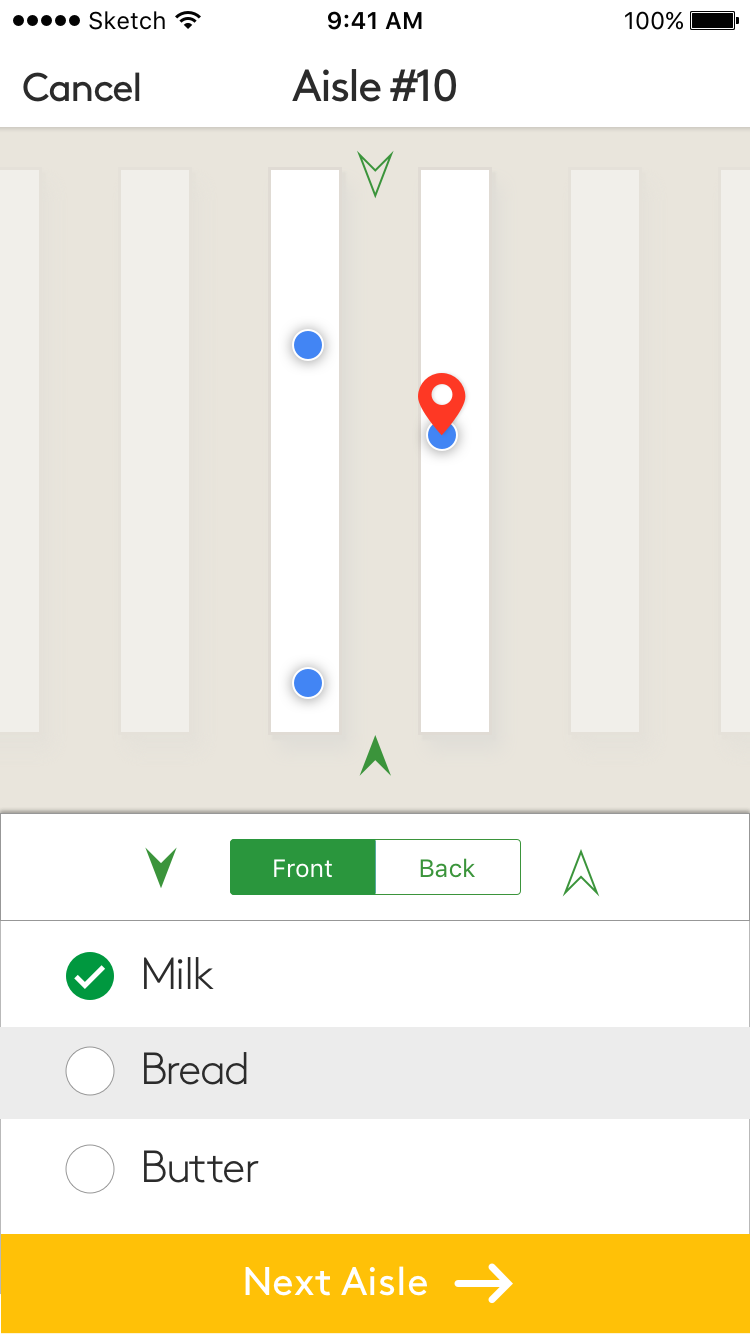 This is an app which provides the location of grocery items in a grocery store. I am trying to figure out the best way to communicate to the user which side of the aisle the item is located, based on if they are walking towards the front or back of the store. I am hesitant to use any GPS facing tech because shoppers often face the aisle shelf perpendicular, which might cause the aisle direction to twitch. I am trying to figure out a way for the user to toggle the direction they are walking, I just can't figure out the best way to indicate this on the aisle screen. Thanks!

I think some of the confusion may arise out of the fact that, as it is currently designed, each "shelf" is represented as a single unit. In the view above, the entire "shelf" is active, though one side is actually inaccessible to the user in their current location.

Perhaps if you somehow divided each shelf into two parts, and only showed the part facing the aisle the user is currently in as active would help with their wayfinding.

Additionally, perhaps rotating the display of the map to correspond to how the user experiences the store (as you mentioned, facing the shelves head on) could help in giving them situational context. Then you could use a single icon to "switch" the view of the store, essentially rotating it 180 degrees...

Excuse the roughness of this sketch...just to illustrate visually what I mean: 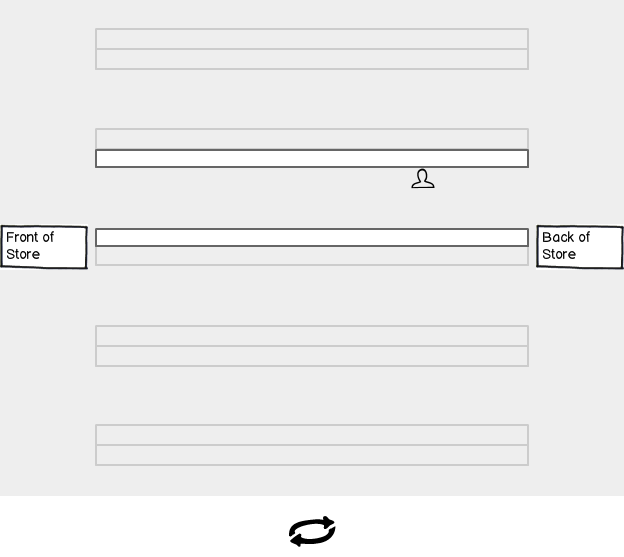 To quickly answer your question, I think this is an Occam's Razor scenario, where the correct solution is usually the simplest one. Instead of creating complicated usability layouts and absolute positioning, simply provide a position relative to a known point in space, like the front door, checkout counters, whatever. 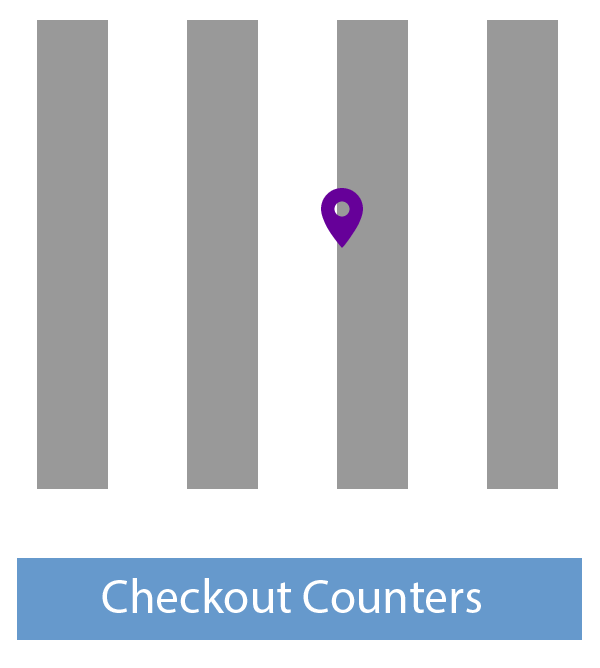 This way, just a graphic aid is enough, no need for complication or friction.

However, your question is incomplete, and you're not saying HOW are you going to define where the user is at any point. Knowing in which direction s/he is going won't be of any help when changing aisles, since the relative reference will still be there, but the products won't.

Assuming you're using some kind of device, like a Bluetooth antenna, then you can track direction and which aisle the client is based on signal strength. But this could be tricky, because many factors can modify this signal, so you'll still need to keep the relative reference. (see image below: when signal is stronger, the direction is defined towards that signal) 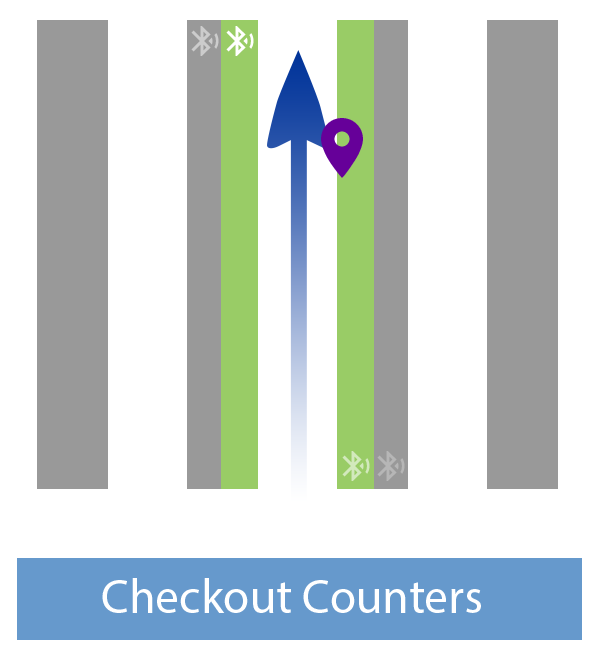 Anyways, this is just an assumption since I have no idea how are you tracking aisles, but with most approached you'll be able to define this in some way, so adding it for reference

Not the answer you're looking for? Browse other questions tagged layout info-visualisation or ask your own question.

43
Which direction indicates newer/older?
5
Handling images larger than viewport in carousel-based gallery
6
How to display ranges in a map legend
74
Why are election results presented by a geographic map instead of a cartogram map?
1
What is a good and short way to convey that a product is available on a "Pay What You Want" scheme
6
Visualizing version-controlled hierarchical data
3
How to obscure data in a screen captured image?
0
Best way to toggle between scheduling options
1
Show multiple device in one location on map
3
What visual cues can convey the sense of direction?