Representing Chronological flow in a table

I have an application that tracks the housing history of program participants. The worker using this program will already have their current housing information inputted elsewhere. 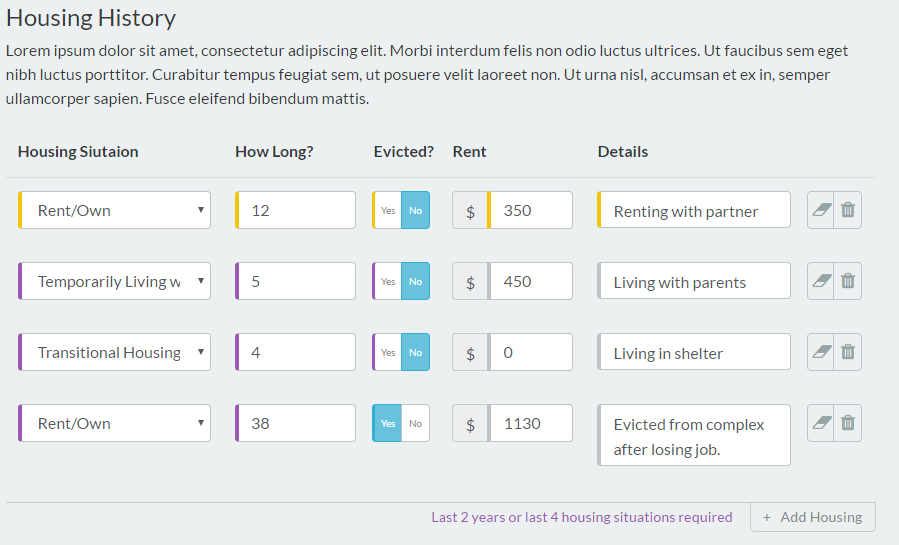 Apart from spelling it out with a text description, is there a way to design the table so that it implies data will be entered in reverse chronological order (meaning most recent at top)?

Consider adding textual instruction and a visual indicator to the side of the table showing the time-based ordering of entries. I would also allow users to re-order entries within the table. Something like this:

I think this approach ends up being the most effective if you must stick with your stated constraints (no date entry, low impact to screen real estate). Look into list re-ordering UI techniques - the example I have above is a little crude and there is likely a similar technique that will fit the technologies you are using.

Sometimes the best solution is the most obvious one. You can come up with all sorts of clever UI tricks to reinforce the sort order, but you're better off just spelling it out.

Without thinking about it in great detail, I see two ways to make it obvious.

If possible, allow the user to sort the list according to a handful of dimensions. It is a computer after all, why shouldn't the users have a little control. And a visible control will explain exactly what's going on.

If you don't want to include a sort control (even if you do), label each row or set of rows with a date indicator. It doesn't have to be prominent, it just needs to be available when users want to understand the sequence. 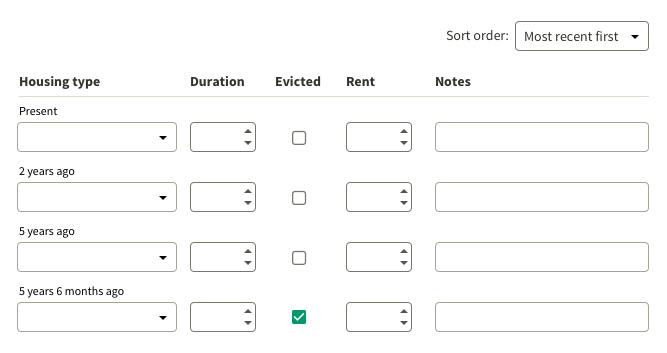 You can use opacity and blur as the metaphor. See a very quick example: 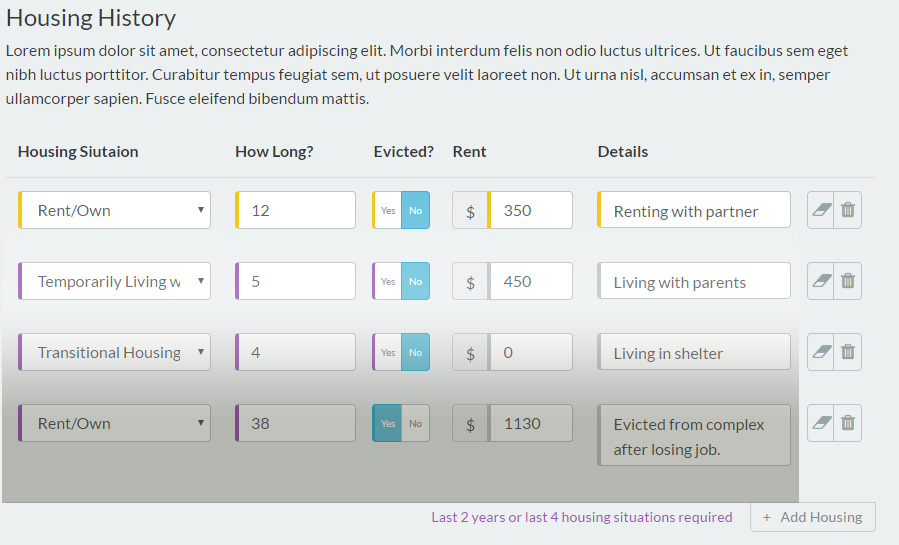 Since memories and past is always blurred (and future is unknown), it's relatively common to use the graphic blur as the metaphor you want to convey.

This approach is used in some controls with the same effect: you can see the NOW, the future becomes uncertain, the past is blurred: 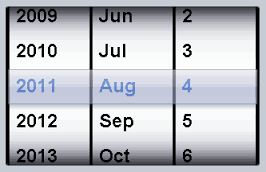 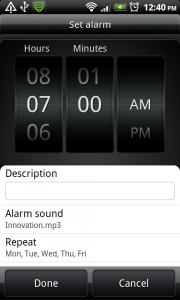 or, what you don't pick, lose focus: 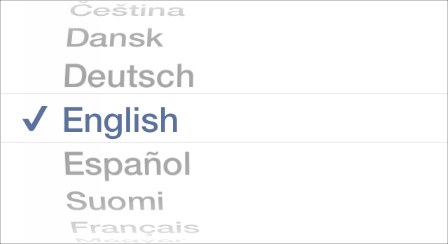 As you may see, this is a reasonable way to solve your request in a graphical manner.

Now, I'm 100% sure that what Nightning suggested in the comments is the way to go, and as such, you should at least suggest it.

Also, pay attention to your inputs and elements, there's a high cognitive load on them. As an example, by adding that color border to the "evicted" toggle, it actually looks as if the person was actually evicted (when s/he didn't).

OP said "the data fields were not for me to decide", which indicates to me some sort of failed process with their front-end and back-end devs... but for other folks looking at this problem, I think the best solution is to give calendar inputs to allow the user to enter dates.

Or if you didn't want to allow for gaps in the dates, then you could just have one column for move in date (or move out date) and infer the other date.

Since we are just 'borrowing' each others' ideas (great discussion by the way, and I think it really helped me to reach my own conclusions), this is what I think:

Would like to see how it all looks when put together, because it might just end-up being a 'Frankenstein design' that doesn't work at all...

There are couple of thoughts you should consider for this situation.

Not the answer you're looking for? Browse other questions tagged tables time ordering history chronology or ask your own question.

6
What is the best way to hint that a table cell is editable?
3
In what order should contestants' entries be presented?
4
Best way to reorder a list on a web page
9
Insert New Item - Before or After Selected?
7
Dropdown option order best practices when not using alpha sorting
10
How should email threads be ordered?
0
Chronological table : title column on the left or right?
8
How to make text selectable in master/detail table view?
1
Presenting date and time in a table where time is sometimes (but rarely) needed
3
Opposing sorting direction