How to present the content of an Image slider on mobile devices?

I suspect image+text sliders like this aren't the most usable thing on mobile devices, but then how to present their content? Stacking the sliders statically comes to mind but that would take a lot of space if there are more than two slides. Any suggestion?

A few things come to mind as far as a possible solution. Stacking will take up alot of space on a mobile screen so maybe:

2.Present content under the slider in small text, that relates to the current slide.

Yes, stacking isn't a good solution at all.

My suggestion for mobile view would be to keep the text and drop the image. I've seen several sites do this. This is because a lot of times, the image alone cannot convey the message without its accompanying text. However, the text can convey the message even without the paired image, assuming this is the case for you.

Yes, the text takes up space, which is at a premium on mobiles... but what do you end up with when you remove the text? 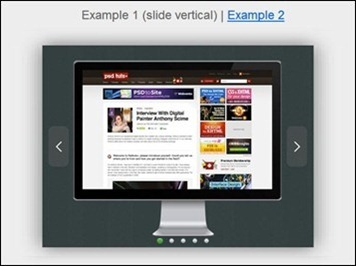 A picture of a monitor. What does that tell me? Nothing.

Sometimes it's okay to cull content at lower screen sizes, but make sure the user can still comprehend everything.

For example, on my own site I list the last couple of articles I've written. On a large enough screen it looks like this:

Some introductory text of the most recent article. Not too much, just one paragraph, a short few sentences to grab the reader and introduce the topic. I'd call it a lede (or lead), but it's actually a bit long for that since it's about 50 words instead of 20 to 25.

TITLE OF THE SECOND ARTICLE

But on a small screen I remove the lede of the first article, so it's just titles:

TITLE OF THE SECOND ARTICLE

Which saves me about half the space, but the remaining content is still usable.

Unless you can accurately predict the kind of content and the importance of it, don't remove anything.

If it's just a photo browser with location and camera settings, maybe that text can be considered second-tier content. (but tbh why are you not using a full-size image then?) If it's a slider showing different PC options, the tech sheet is likely more important.

In this case, perhaps combine my article solution with a single-tab accordion or some other kind of collapsible/hiding element. That way you could have the image + title always visible, and only show the 'detail' text on large screens or after clicking: 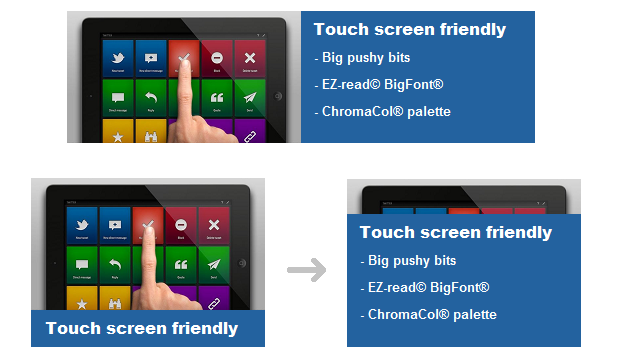 Not the answer you're looking for? Browse other questions tagged sliders or ask your own question.

1
Slider graduations - how many pixels?
12
How do you show a locked slider?
1
How to show both input and output on a slider?
1
What would be a mobile friendly solution for a range slider with input controls?
34
What cues can I use to nudge users away from setting extreme values on a slider?
5
How should a multi-state toggle slider with more than two states be implemented?
5
How to visualize slider steps without ticks
0
How to show sleeping on a slider?
0
Slider on Mobile - labels below or above slider?
4
Content slider / carousel accessibility best practices?