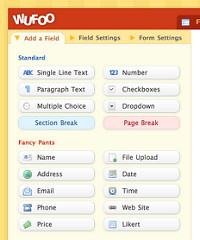 bobwhitebobwhite
1
4
Add a comment  |
Highly active question. Earn 10 reputation (not counting the association bonus) in order to answer this question. The reputation requirement helps protect this question from spam and non-answer activity.

4
How to display a countdown timer?
3
Placement of edit link beside long title?
16
How to convey a true/false value to a user?
8
Graphic representation of various data types
0
Assessing users' technical competence
2
String contains operator character
5
Multi-Workspaced UI
2
Wide table for bulk items addition
1
How to design the following part without any user confusion?
0
Seeking a better find and incremental replace navigation UI