Best way to display data from different categories in a single table?

I am currently trying to figure out the best way to display filterable leaderboard-like data in my web application. The app functions as a type of online-voting competition. When people sign up with their team, they have to choose from one of several different categories. These categories do not compete against each other, but should be visible on a shared leaderboard.

How it's supposed to work in its current incarnation

Since everybody can vote for any of the teams in any of the categories, my initial thought was to not display any of the competitors before the user actively filters the data with either the pictured category buttons (A, B and C) or by searching for a known competitor via the search field.

What I've got so far

I have embedded a sketch of my ideas described above. There is a functional web application with sample data, but that is not yet accessible from outside our dev environments - I hope you still get the general idea. 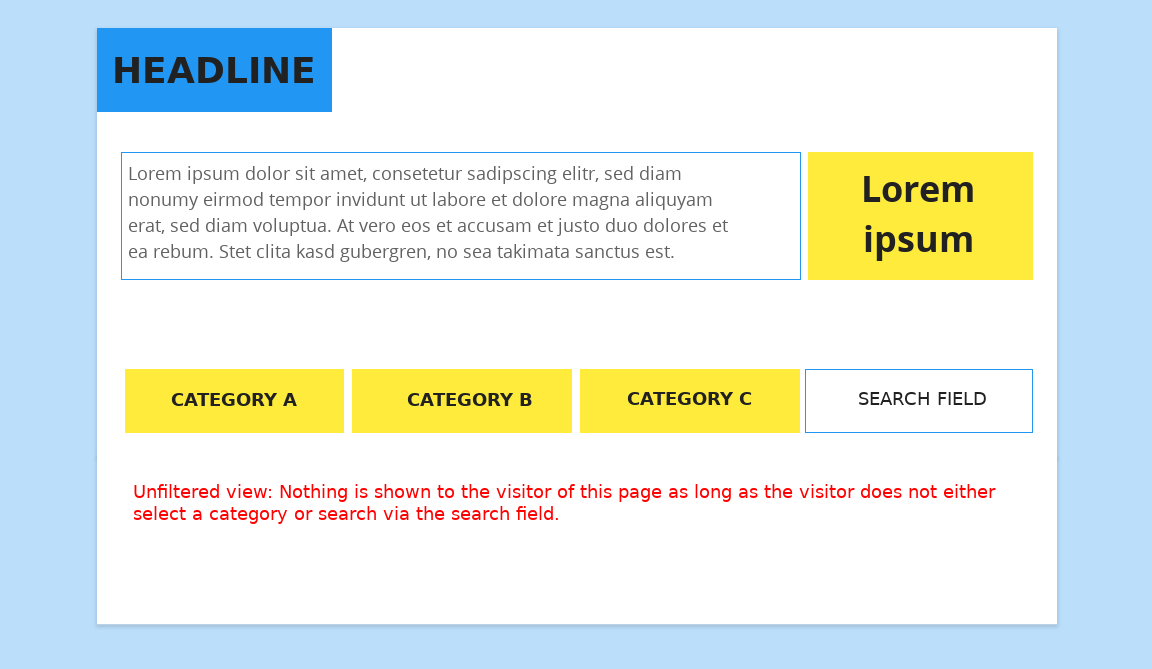 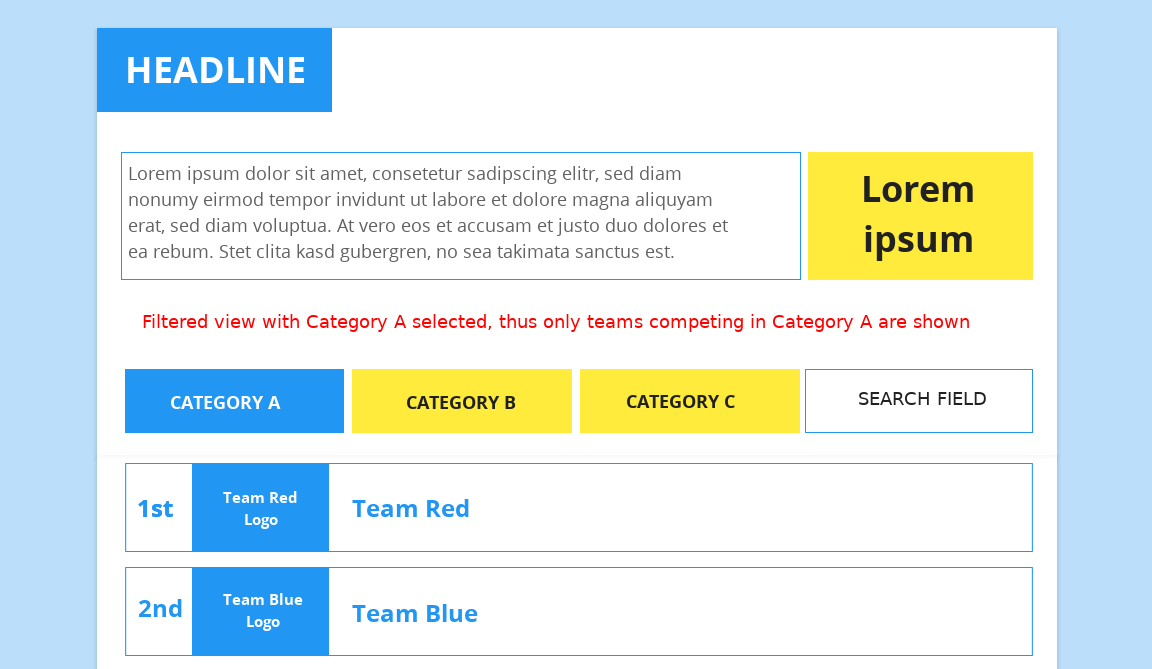 Users tests with a small group of users so far have shown, that some users will not click any of the buttons and assume that there is nothing to be seen and thus leave the page without voting.

In a second set of tests where on of the categories was pre-chosen and thus this category's elements (competitors) were shown, users have noted, that this may lead to an unfair advantage, as these competitors will always be popping up first when someone visits the leaderboard for voting.

What is the 'best way' to present this kind of leaderboard without confusing or angering users because of bad UX or perceived unfair advantages?

1. Hide all options but provide some cue to users

Basically go with the first option, however instead of showing nothing, you could display a small message asking the user to take action. I made a quick snapshot to demonstrate this (please ignore the jaggedness of the arrow :P ) 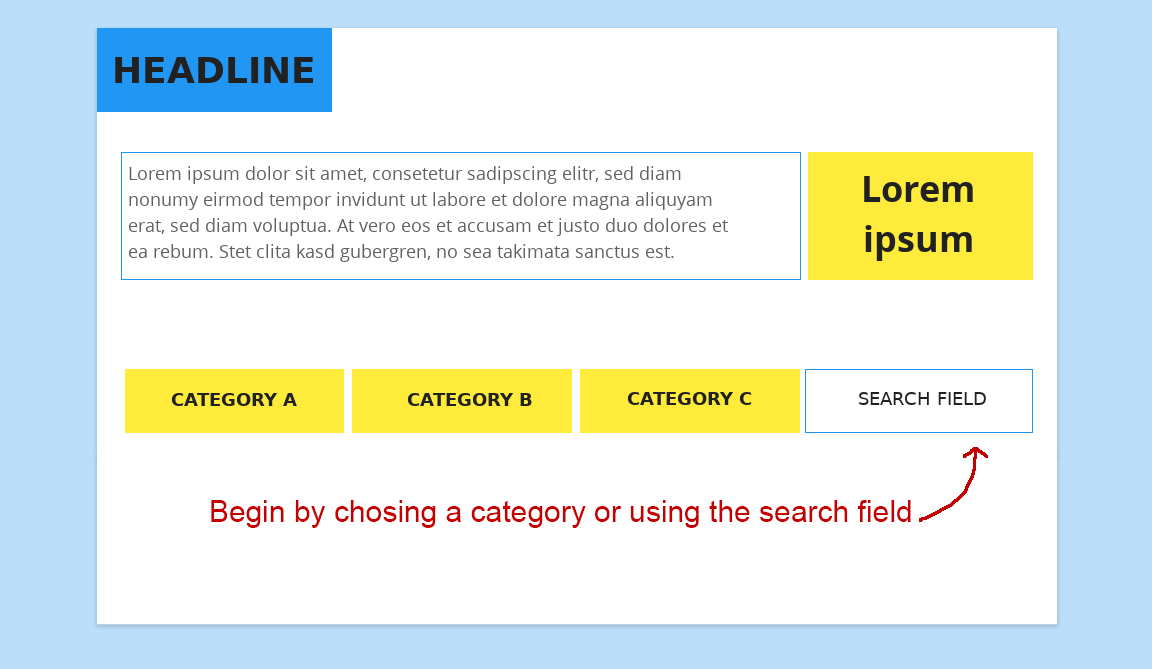 2. Add a pre-selected "All" Button next to categories and display a randomized common pool

You could also add an "All"(Or equivalent) button along with all the Category options. This will be pre-selected to display a common randomized list instead of lists from a certain category. The user can then filter this list by what ever category they wish you view. 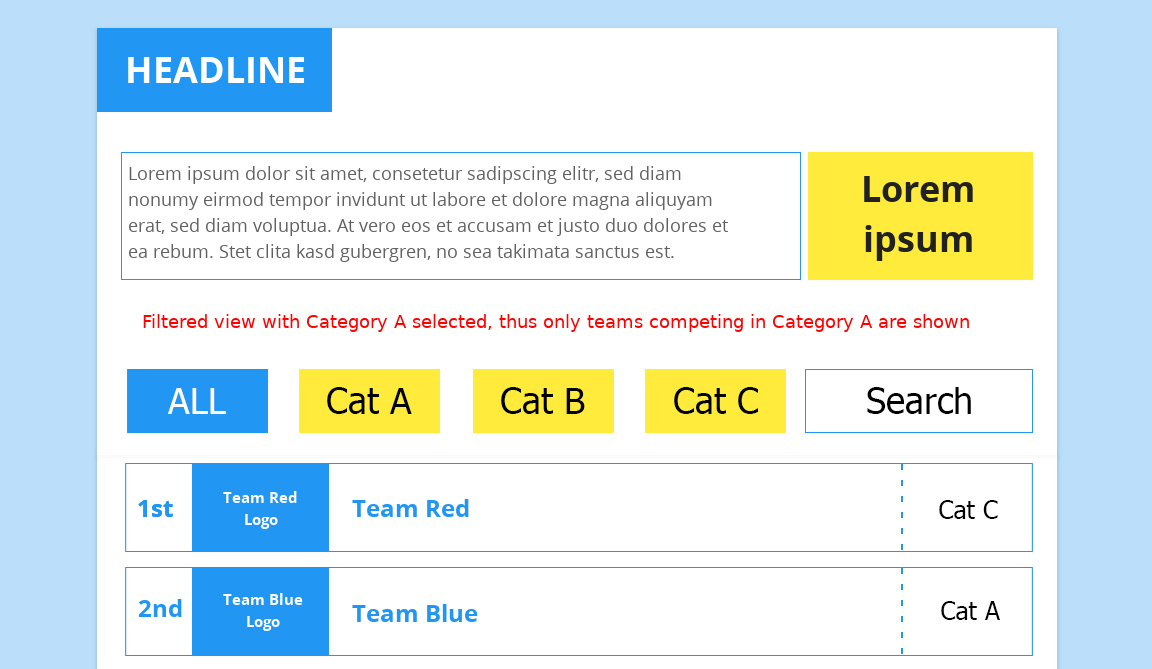 Placing a little arrow direction up to down near buttons for all categories show that there is more information if they click on it. Without this little arrow it is hard to understand they are refering to a button.

I know that this is not quite same but I ment like this.

Not the answer you're looking for? Browse other questions tagged tables data data-tables best-practice or ask your own question.

10
Best way to display large amounts of user data on a single page?
3
display a table of data with action to add new row
5
Best way to display date and time in a table with massive amounts of data?
3
Displaying hierarchical data in table
1
Summarising grouped data in a data table
0
which way is the best to present data based on depth
1
Displaying categories in tables
0
How to display different categories and their totals in a table
0
Where should I place my inline data table buttons?