In a healthcare product how will we show deactivated list items. I have given two options below where the first one is strike through option, which is there already in the older product and a new design where I have shaded the background with gray label. 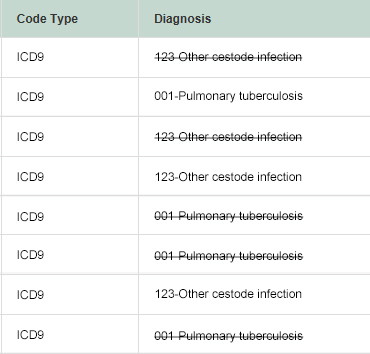 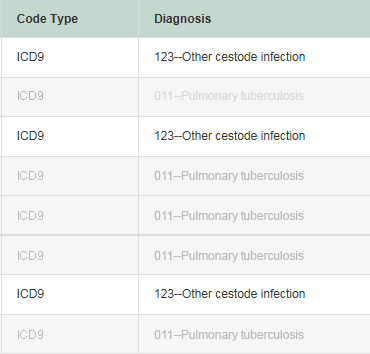 Though I know that strike through option is not advisable, I have been asked to do it since how it was in older version. I am finding it bit tough to convince my management's mindset from option 1 to option 2.

Hence, I want someone to help me with more meaningful responses, suggestions and solutions which I could take it back to them to convince.

The main argument on your side is that dimming, rather than strikethrough, is a practically universal standard for deactivated since the 1980s. No one I can think of has ever used strikethrough. You can point to Microsoft, Apple, and Gnome guidelines (e.g., Microsoft’s Windows 10 UX Guidelines for UWP) to substantiate your claim. Web and mobile apps also follow this standard. In all probability, your users spend most of their time on someone else’s app, so it makes sense to conform to their standards, not make your own.

The impact of this is that your users are likely already familiar with this standard and thus know how to interpret it. It may be true that your current users are familiar with the strikethrough convention, but they probably also know the dimming standard too, so it won’t be hard to switch. A quick hallway usability test should give you the data to show your boss that there is no cost to legacy users to switching to dimming. Meanwhile, new users of your product won’t have to learn and remember the unfamiliar strikethrough convention, so it’s a definite benefit to them. What’s your user turnover like?

Finally strikethrough can make the list items harder to read than dimming, and sometimes users do need to read a deactivated item. However, that effect depends on the exact graphic design. In your example, the dimmed and strikethrough items seem about equally hard to read to me.

Implicit in the above are some exceptions when strikethrough may actually be preferred:

If the list is the result of searching/querying/filtering, maybe you don’t want dimming or strikethrough. Maybe you want to simply hide all items that don’t meet the criteria. That removes distraction (and maybe scrolling) so user can more quickly see the items that matter.

If your boss is insistent on being consistent with the legacy version, then you can propose that the representation of deactivation be an option that can be set for each user. Existing installations of the app can use strikethrough by default, so it’s what your legacy users are used to (and they can change it if they never liked it in the first place). However, all new installations (presumably for new users) default to dimming. This will lead to strikethrough naturally phasing out with user turnover.

Since the context of this solution is medical. Tell them that the strikethrough method comes across quite angry and negative. Considering that the tone of voice for a medical project generally needs to be somewhat human and friendly.

This article explains the rationale of branding/design for the medical sector:

The dimmed option is preferable because:

(On that second point, if anything I would suggest removing the darker-gray background from the dimmed items, and only dim the text color -- the darker background tends to make those items stand out more, rather than less; and more importantly reduces contrast and therefore readability.)

If you're faced with a management team that fears design change, you might propose a "compromise" of doing both: dim and strike through the disabled options. This would be somewhat redundant, but wouldn't significantly impact either of the above points, and might give your management (and, let's face it, any users with the same mindset) a greater feeling of continuity with the previous design.

Not the answer you're looking for? Browse other questions tagged usability tables lists guidelines ux-designer or ask your own question.

4
Is strike-through text a good indicator for an item in a list being unavailable based on a filter
25
What are good UI patterns for selecting exactly two items from a list?
7
Should the input for a new item of a wishlist be at the top or the bottom of that list?
3
Mobile UI for choosing without replacement a item from list b for every item in list and then choosing between two options
1
Conventions for Current/Active state on a list item
25
Customers using the New Order option when they should use Reorder
1
Choice of UI widget for marking item in list as unsatisfactory
0
Appropriate UI pattern for Expandable List Item in Data table?
2
UI for multi-select batch editing where eligible item list changes depending on the action