How to name (reverse) values of a playback speed slider

I got a video-dialog that comes with a Playback-speed slider.

The slider holds the values

The numbers however, do not correspond with the actual playbackspeed. A video set to 2x playback speed doesn't necessarily playback the video at twice the speed. Depended on the codec, FPS, PAL/NTSC etc. this can fluctuate.

Since we cannot solve this, we opt to change the numbers in the slider to words, similar how VLC does it: 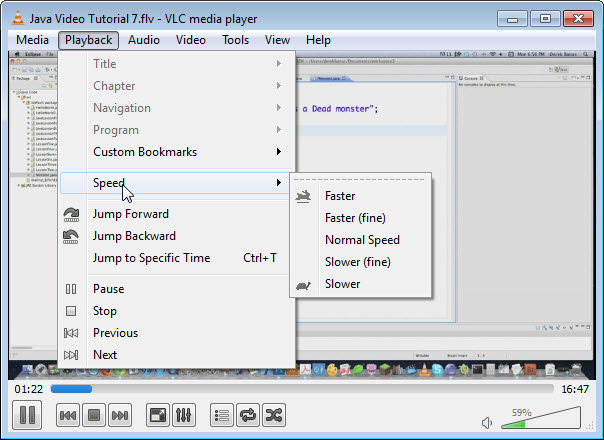 Now it's easy to just change the numbers to "slower" "fast" "faster" and such, but i'm wondering how state the reverse speeds. Is it just "reverse slower" and "reverse fast"? Or should I use a different naming for those?

I think words are fine in menu like VLC does it. But if you want to have a relation between the playbackspeeds it's better do use symbols. Just a small icon-set like this one.

This are well-known symbols of the VHS era up to today.

Not sure where "reverse" is on this UI, but if it is a separate option on the menu, then it can be the same as the forward options.

There are some good ideas in this post: What are good rules for naming menu items?

19
What are good rules for naming menu items?

6
What is the name of someone who does not know how to use a computer or the web?
3
How to name those two buttons to switch from effective attendees to invitees
1
How to name different data display types?
1
How to best name enterprise tools or portals?
0
How to name a page that contains 3 features that have no relationship to each other?
0
How to better communicate change of name to existing users?