What is the name of Alpha Centauri's tech tree navigation style?

I'm trying to find keywords to search for implementations of this style of navigation for a tree of content: 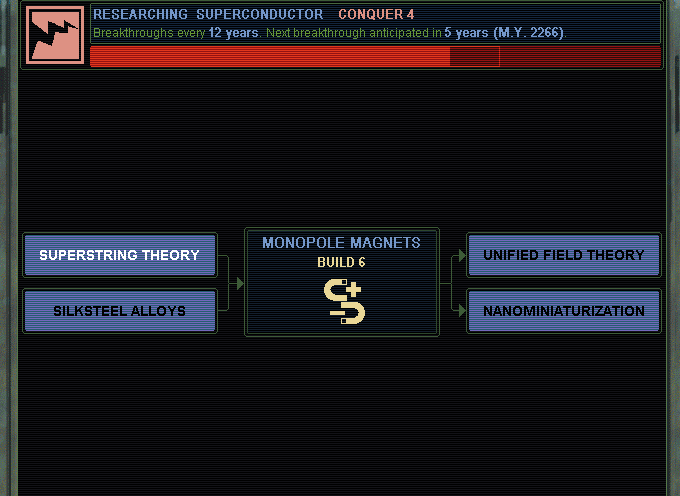 Clicking on a different box recenters the tree on it, allowing exploration of a complex interconnected tree in a fairly intuitive way.

It seems to me that this is just a tweak of the Miller Columns UX Pattern, except instead of displaying all the items on your current level and all the items of the previous level of the tree, you display just your current node itself, and its parent(s). And all the child nodes of course.

And you just display the three levels (with Miller columns you usually get more).

A close relative is the Drilldown Navigation pattern, most commonly found on your smartphone. When you explore a tree on your phone you'll usually see the next level, with sometimes the title of the current screen representing the current node, and with no representation of the previous level of the tree. Here you have all three on the same screen, but otherwise it's pretty much the same - you basically have a viewport sliding along a navigation tree that's been spread horizontally.

A possible suggestion is a 'dynamic' radial tree/map navigation or display. The reason is that something that automatically centres where you click means that there is no specific 'root' of the tree, and 'radial' because it is branching out from a central point rather than being aligned to one side of the node.

To be honest I haven't seen many actual implementations of this style of design (certainly none off the top of my head), but you'll probably find it where there are customized designs used to explore novel datasets or aggregates of datasets.

We built some prototype navigation systems like this that leverage ontologies. I think smartlogic has a product that also does this navigation style for one of their products as well that leveraged flash and was recently upgraded to an html 5 coordinate based system leveraging x and y coordinates. I don't have a name for it though, although internally we call it a Web navigation system since each node can have one or many threads leading to additional nodes. Not sure if that helps...

I believe it's some free form of a dialog tree, a technique frequently used in RPG's. I'm not quite sure if you will find what you're searching for with that keyword though.

Not the answer you're looking for? Browse other questions tagged navigation tree or ask your own question.

1
Is it good to offer the same navigation choices in the main content area as in the navigation?
3
Metro Box Style Navigation
3
App menu created from keywords
7
How to handle "Facebook style" slide in / fly in / side navigation menu in iOS7?
8
Tree navigation in material design
2
treejack tree-test - pages that are not in main navigation (access from in-page links)
3
Mobile first approach for tree structure
2
Expand/Collapse button directions in tree table ie data grid versus non-table applications
4
Recommendations for improving tree navigation