Is a switcher a better pattern than radio buttons?

I'm designing a list with an option to switch some records on and off. I'm wondering which pattern to choose: standard radio buttons solution, or something a little more sophisticated but not too uncommon—switchers.

I know there are some flaws regarding the use of switchers, e.g. problems with the state of the switcher, but maybe merging standard switcher with indicator of the state (active/inactive) would be the best solution.

I have attached an image with some ideas, such as those implemented in Apple and Google products. So is the switcher a better solution than radio buttons? 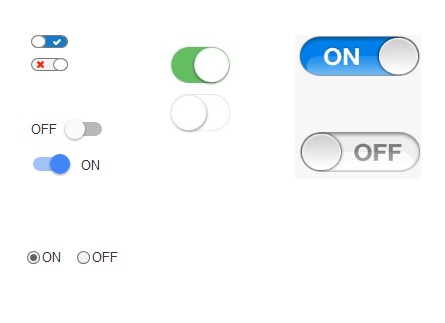 There is a very good thread on this topic here. A must-read in my view when designing or considering switches.

Summary: often-used designs for switches (including the standard iOS designs) are not very good. They fail to communicate clearly if they are in ON-state or in OFF-state.

A good switch design tells the user if it is ON or OFF:

Interestingly: the only design in your question that passes the test is the radio button design. In the other designs it is only clear that switch is ON because you have a similar one in the OFF-state next to it. In reality, this is not always the case.

Quick user test you could do: take 1 switch (not 2 of the same version) and ask the user “do you think this switch is on or off?” My bet: the radio button would score best.

Switches look nicer, and make for more intuitive touch control, but I would advise to use a good design, where it is clear that it is an interactive thing, but also that communicates if it is ON or OFF.

Generalization of interface elements is not working. It is high depended on the context

Switches are not working well if you have more than two options. If you have on/off active/inactive; switches can have better results.

Radio buttons can be used with more options. If you have three options or more; radio buttons show better results.

It's generally a very ;) good idea to use a platform's default widgets as much as possible (and as long as they serve your design's purpose), because users are typically well-acquainted with them.

You write that you want to allow your users to un-/select individual items from a list.

If you're designing for a desktop or web app, using good old checkboxes might already do the trick, and it's a simple, effective, and non-ambiguous solution.

On mobile devices, using the On/Off radio button pair is tricky, because iOS does not feature radio button widgets out of the box, and it might look out-of-place on that platform, too.

Alternatively you could use switches, but especially for long lists, they can look a bit "heavy."

That said, iOS also "officially" supports using checkmarks for selecting multiple options from a list, as you can see in the screenshot (from the Clock app) below, and this is also an established Android/Material Design control, so that could be a viable approach for your app. 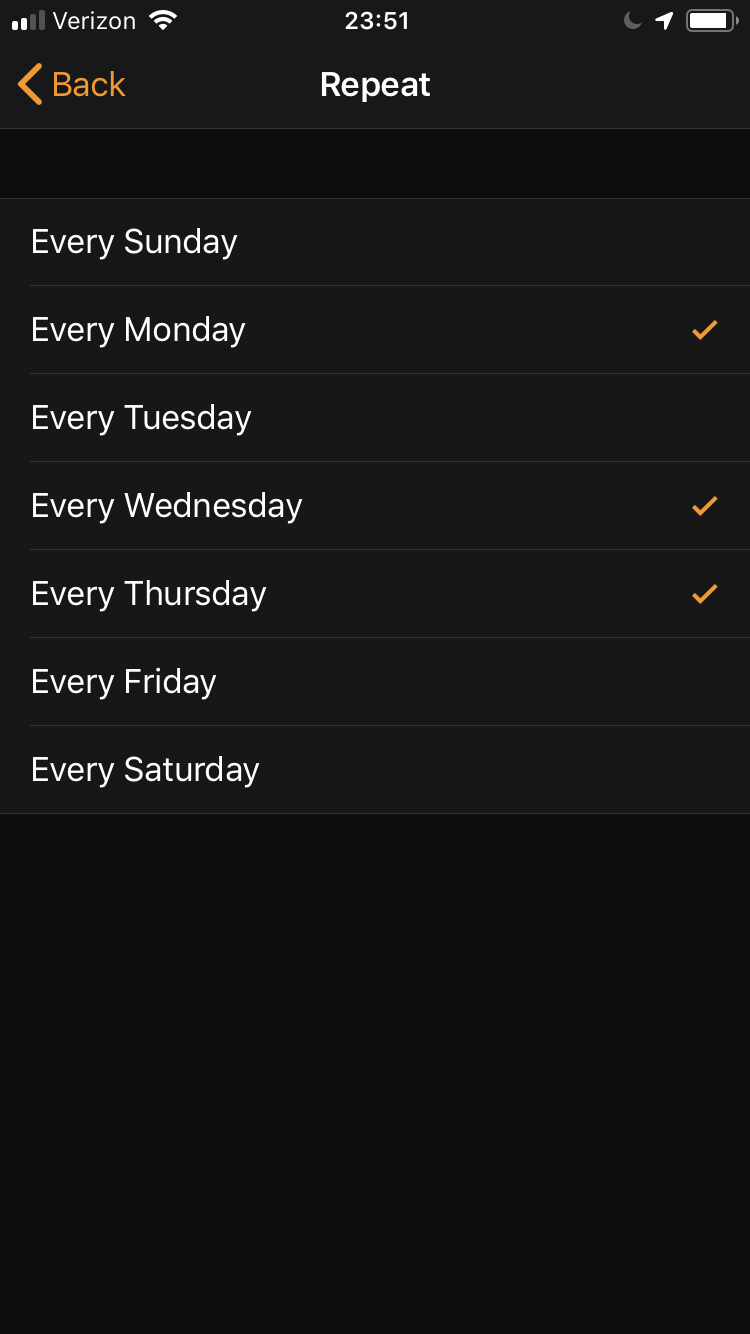 The risk with radio buttons on mobile is that can be set with an accidental touch. That's why apple didn't create radio buttons for iOS.

They changed that interaction to a subtle swipe over the control.

Switches are intended for, as the name suggests, switching the state of something on/off (or similar).

Radio buttons are intended for making a single choice from a list of options.

Your use case is a perfect fit for using switches. Take care when implementing them to follow best practices and avoid ambiguity.

The case is so simple it all depends on the number of options to pick from:

2 options go for the Switcher

Note: Sometimes the List or the combo can hold more than one option depending on the need and how you configure it

Not the answer you're looking for? Browse other questions tagged radio-buttons or ask your own question.

472
Should a toggle button show its current state or the state to which it will change?
22
Modern approach to radio buttons