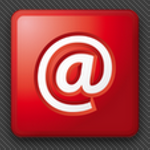 264
Save icon, is the floppy disk icon dead?

264
Save icon, is the floppy disk icon dead?
5
Flag vs. Star in E-mail apps! Which would be the optimal placement for a 'flag' or 'star' icon in e-mail apps?
117
Why don't we auto-save for users instead of having them save manually?
3
Does anyone know the percentage of people that still use the Exchange Mail Client
5
Email address/app icon : is "@" sign still relevant today?
20
What should a e-mail address confirmation e-mail say?
3
Is there a mail sent confirmation standard?
2
Check your mail or check your email?