How can Google+ Circles' UI be improved?

Since the day I used Google+, I didn't really like how "circles" were presented. I've had 4 main issues with them: 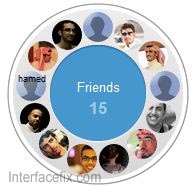 Do you agree? And how would you improve it?

** EDIT ** moved my proposed solution into its separate answer as Patrick suggested.

I think that the main intended purpose for the current design is to 'add new contacts'. Thus, groups are represented in a compact manner.

You are focusing on the 'manage' task instead, which is a different purpose.

In the long term you probably will know which is the purpose of each circle and only need to classify new contacts and not to change contacts from group to group (maybe some co-workers can turn into friends). In any case only time will tell which purpose is the most common.

Having said that, I also think there is much room for improvement. What if upon hovering over the desired circle, it could trigger a fly-out, like how they do now, but the fully scrollable list like this: 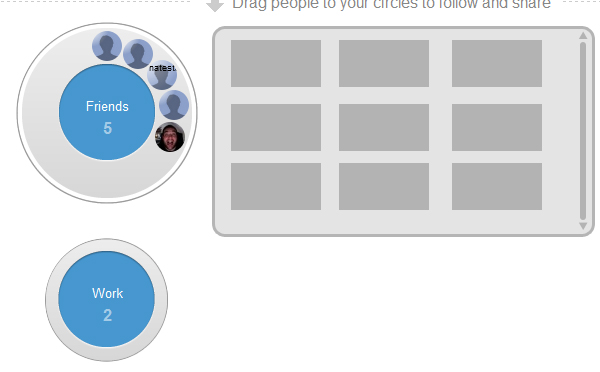 ** EDIT ** My proposed solution was moved into an Answer (instead of the original post) as suggested by Patrick.

So I transformed those "Circles" into squares (and called them "sharing groups" since they're not technically "circles" any more). 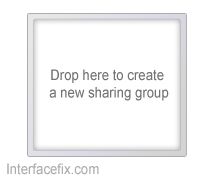 Partially-filled Group: Almost the same, except for people with no avatar will have their full name shown partially as a hint (let the brain try to auto-complete the rest of the name): 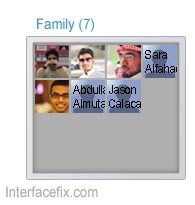 Group with many contacts: Additional contacts will go underneath the frame, and then you can scroll down the whole list (middle mouse button, two fingers on touchpad...etc depending on your machine): 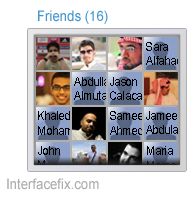 And this is how the same list would look when scrolled down: 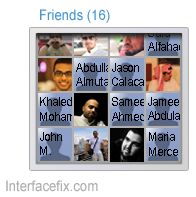 I'm not graphic designer, so it could look better of course.

Do you think this would improve it?

(p.s: the source of the pictures is my Arabic UX blog)

I actually like the circles, so I wouldnt change that. However I dont have many friends on Google Plus yet, so maybe I will see it differently when more friends come to Google Plus.

If a circle contains more than 13 contact, you can't see them all unless you click and view them in a separate box.

What is the problem with that? I like it.

If it should be changed, maybe the circle could be larger with more rows. But the problem still exist if you have many friends in the circle.

You can't see who's in a Circle unless you hover the pointer over it.

You can't quickly glance over your existing circles to check out how you arranged people.

Well it works well, when you add people to the circles. I think thats the most important thing. But yes it might not work just as well if you want to change your networks.

Not the answer you're looking for? Browse other questions tagged google+ or ask your own question.

5
What is the UI pattern used for managing people in Google+ called?
4
Why does the Google +1 button not change to a -1 once clicked?
3
Best practice to communicate 'direct' registration with a website (not through Facebook, Twitter, Google, etc)
6
How do people use Google+ circles?
3
Why don't Facebook and Google+ use face recognition tools for user profile pics?
0
Should you display author information next to Google search results?