Is it good practice to include a timezone on a timestamp?

We have an application that displays timestamps for things that have already happened - creation, last edit, activity history.

We have a customer where the source for these events (a user triggering an action) may be in a different timezone, and they've asked us to append timezone information to the display. The majority of our other customers work in one timezone.

The times are always displayed in device-local time, so there would be no logic changes but rather simply the addition of the devices current timezone appended to the end of the timestamp on screen.

Is it good practice to do this, or is there a better way to convey this information?

Specifying the timezone directly in the timestamp is neither good nor bad practice. The answer to your question has more to do with your user experience than any documentation or timestamp formatting.

You stated one or more of your users requested the timezone be added to your timestamps. This would imply your timestamps are currently ambiguous, which is something we want to avoid. You have several different options to remedy this and improve the user experience.

From professional experience, any of the 4 options above (including mixing and matching more than 1) could be extremely beneficial to your users. You'll ultimately have to weight the dev time required to make the change, but the one option I'd say you definitely shouldn't go with is doing nothing.

It depends on the other timestamps you display on your site/app. However, timestamps are almost always used to compare events relatively in a single timeline, so in almost always, it's better to stick to one timezone. 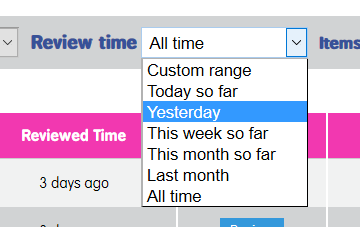 Everyone has already answered your question, so I'm not going to go there :)

I suggest to always use the date and the time. Just look at SE's time stamps: perfect.

The date will need to be formatted according to the region/country it's being displayed at:

See all the regions here:

I can think of 2 other options

1.To display time in international format (if thats not so currently)

This should remove any confusion for the user, and not take up too much space.

I don't think it would be logical to append since everyone sees their device local time. Instead you may state how long ago the action was performed for easier understanding. An user friendly algorithm can be drawn up. For example, if less than 1 minute, show in seconds, if less than 1 hour show in minutes, etc.

Events happen in a "point in time", stated as numbers.
For example an event that happens at 4PM in London will be seen as happening as 1PM in Buenos Aires. Two different times (numbers) that denote the same point in time.

Now, how you depict it depends on the particular application.

For example if you want to see the events distribution along the hours of the day, like at what time of their day people take breakfast anywhere, then you'd be better off with the local time of each event.
In this case you'd find that people in Buenos Aires take breakfast at about 8AM GMT-3.
People in London already had breakfast maybe at 8AM GMT, that is, at the same local time but three hours earlier.
Same time, different points in time.

On the contrary, if you are dealing with at what time a global audience hits a server, then all timestamps would be better related with the server's location timezone.

Not the answer you're looking for? Browse other questions tagged dates time-zones or ask your own question.

8
Unambiguous way to display timezone information in a compact manner
14
Timezone selection best practices
33
How to make selecting a timezone more user-friendly?
2
Timezone representation according to Daylight Savings Time time
1
Good practice for entering multiple dates
17
When should a year be added to a timestamp?
3
Timezone madness in task management app
10
Should I display timezone if the user is not in the same location as the event?
3
Which timezone to use for visualizing data?