The bubble with blue background and white text stand out more than the response which is what the user is going to read.

I leave an example of what I'm talking about. 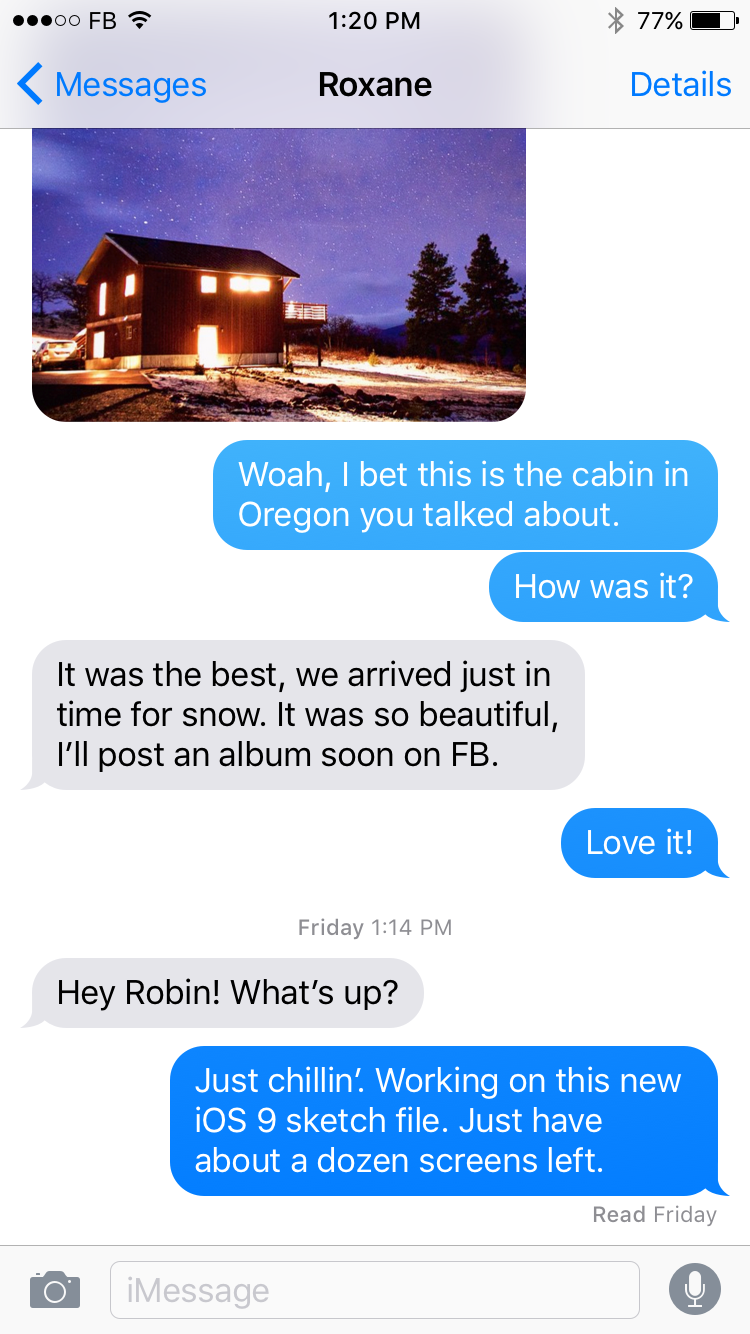 With respect to contrast on the White background of the application, the Gray background offers low visibility. However, in order for your texts to be legible, the contrast is bumped up again with a Black textColor.

In order for you to text, you need to type the text in the message box and then hit send. So you already know what's present in the text. Hence, it offers you a gray background which doesn't catch the eye so often juxtaposed to the Blue background which is a new text sent by someone else.

This is simply colored differently for the fact that the texts that are incoming to you are more important than the ones you have sent after typing them out.

For the same reason, few messengers also happen to tone down the color of the incoming texts which you have already read and keep the newer texts in a brighter tone.

For me, the bubbles are only to make it look attractive and noticeable. Use any color that matches with your app theme, just make sure that its not causing readability problems to the user.

The font color is probably arbitrary since the popular WhatsApp Android app uses black font for both sets of messages.

There is no solid reason. Hangouts is the only one with a logical approach on this topic, using grey background for your messages vs white background for the response so the messages you need to read have more visual weight than your own messages, which you'll need to read very rarely. 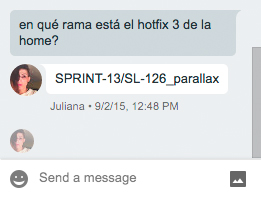 Not the answer you're looking for? Browse other questions tagged mobile color-scheme chat color-perception or ask your own question.

1
Hierarchy in chat between sender & receiver

5
Back Button Color in iOS
1
Mobile app considering ecology - is it possible to blend light green into calm scheme?
6
Coloring Schemes
1
Chat bubbles on a web or desktop view
12
Background colour suitable for both black and white text
13
How to measure the contrast between any given color and white?
2
Bootstrap nav bar with variable background color - best way to handle this?
1
Color Palette Accessibility for White Text Button Labels
1
How dark does a background have to be before white text shows up better than black text?