Is it acceptable to place video controls at the top of a video?

Is it okay to place video controls at the top of a video? Like so: 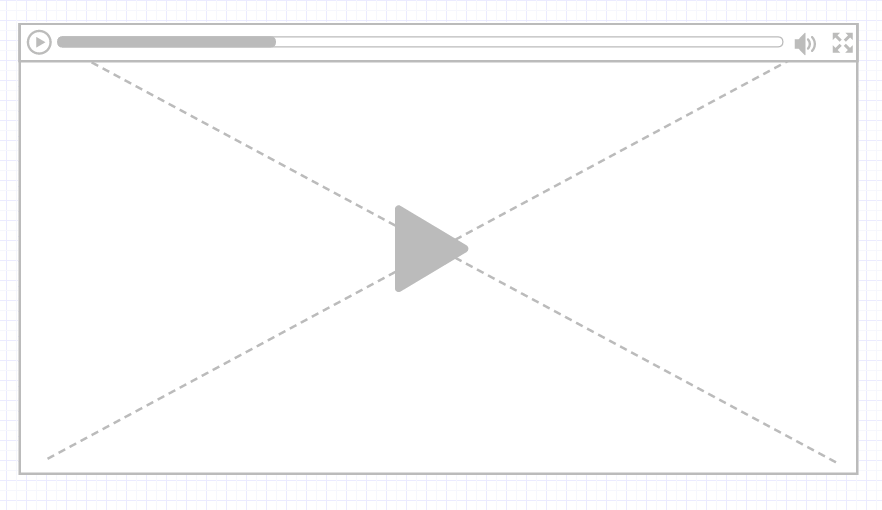 Mainly considering a full screen video streaming platform like Netflix, I believe this format has some benefits:

The only downsides that I can think of right now are:

I just don't see much benefit, while the downside is significant.

As for the benefits you mention:

The downsides you mention both seem important:

The top of panels is usually reserved for controls over the panel itself, not the content of the panel.

For instance, in your example you have the Full Screen icon in the top-right, which at a glance is strikingly similar to the close 'X' icon that would dismiss the panel altogether.

Also, out of context it's hard to tell whether it'd work. As a single window like your mockup is one thing, but when embedded into a page with content and browser-chrome surrounding it it may be another matter.

Now that doesn't mean it isn't acceptable, but you'd need to test it. You may find people are more annoyed about it than not.

Currently the de-facto standard is to put the timeline at the bottom. Changing this will cause mental friction, so you've got to have a good reason not to follow standards. If you have a good enough reason, then yes, maybe, maybe, move it up. But consider alternative solutions first.

Why do you want to move them up?

To be consistent with other parts of the interface? Well, there's a taskbar on the bottom on the PC, and there are generally buttons on the bottom of a phone. If there's a scrollbar in a browser window, it's at the bottom. So it's not exactly like all interactivity is at the top.

To stay out of the way of subtitles? Like someone already mentioned, when you use the controls, you're not focused on the movie itself anymore; often the screen even goes a bit dim. But lets say you want to pay attention to both. What's the true problem? The (red) bar gets in the way of text. Not the play or fullscreen buttons on either side. Just the red line.

So what if we move that line down to the bottom of the screen, and move the text up a few pixels, if necessary? Here's a mockup: 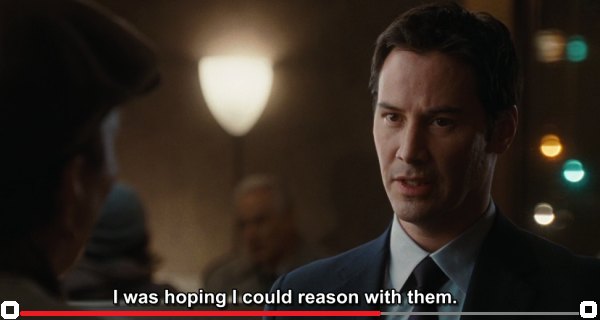 Not the answer you're looking for? Browse other questions tagged user-expectation controls video position or ask your own question.

3
Choosing between state and action on video chrome controls
6
Can I eliminate volume from my custom html5 video controls?
3
Smallest acceptable 16:9 video player?
0
Acceptable length of video for mobile?
2
Video controls on full screen landing page video
3
Is it good design to cover part of the video display with control buttons?
3
Why does YouTube hide media controls?
2
Platform selection mechanism on documentation website
2
Matching events on timelines of different scales for a video scrub bar
1
Accordions on iOS, and Android