How to display nested categories of data without using nested menus

I've been put in charge of making a simple website. I'm also new to front-end web design and just design in general (I've always been a back-end programmer).

I was given a document by my superior that I should follow as to how certain data is to be structured and how they want the main navigation/basic look of the site to be. Here is a screenshot of it: 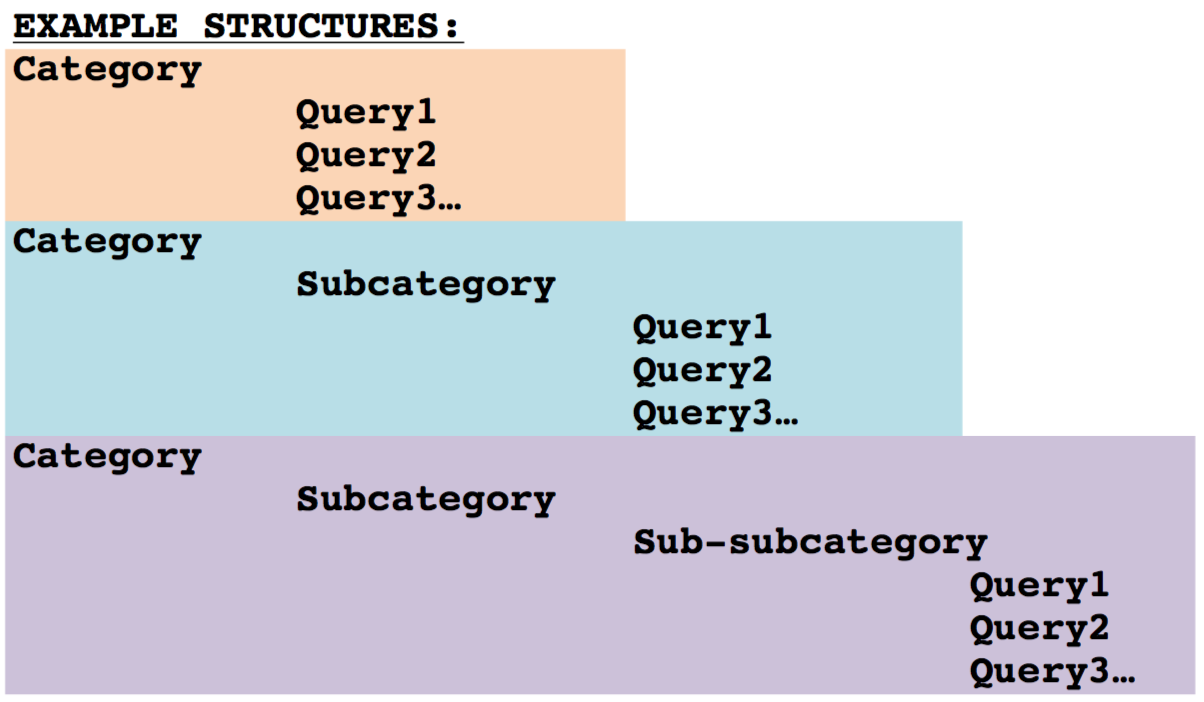 I think it's important to note that the maximum depth of categories is bounded. We've settled on a max of 3 levels deep (so what is shown in both pictures is the deepest the categories will go).

tl;dr version: Is there a well-regarded UI design pattern I should follow that would best mirror the structure in the first picture?

My first attempt at a site was not well received. I used nested menus in a navigation bar at the top. The last menu item in a category when clicked would open up a set of accordions for each query to be displayed. The menu was universally disliked and so were the accordions to an extent. This is what the menus looked like: 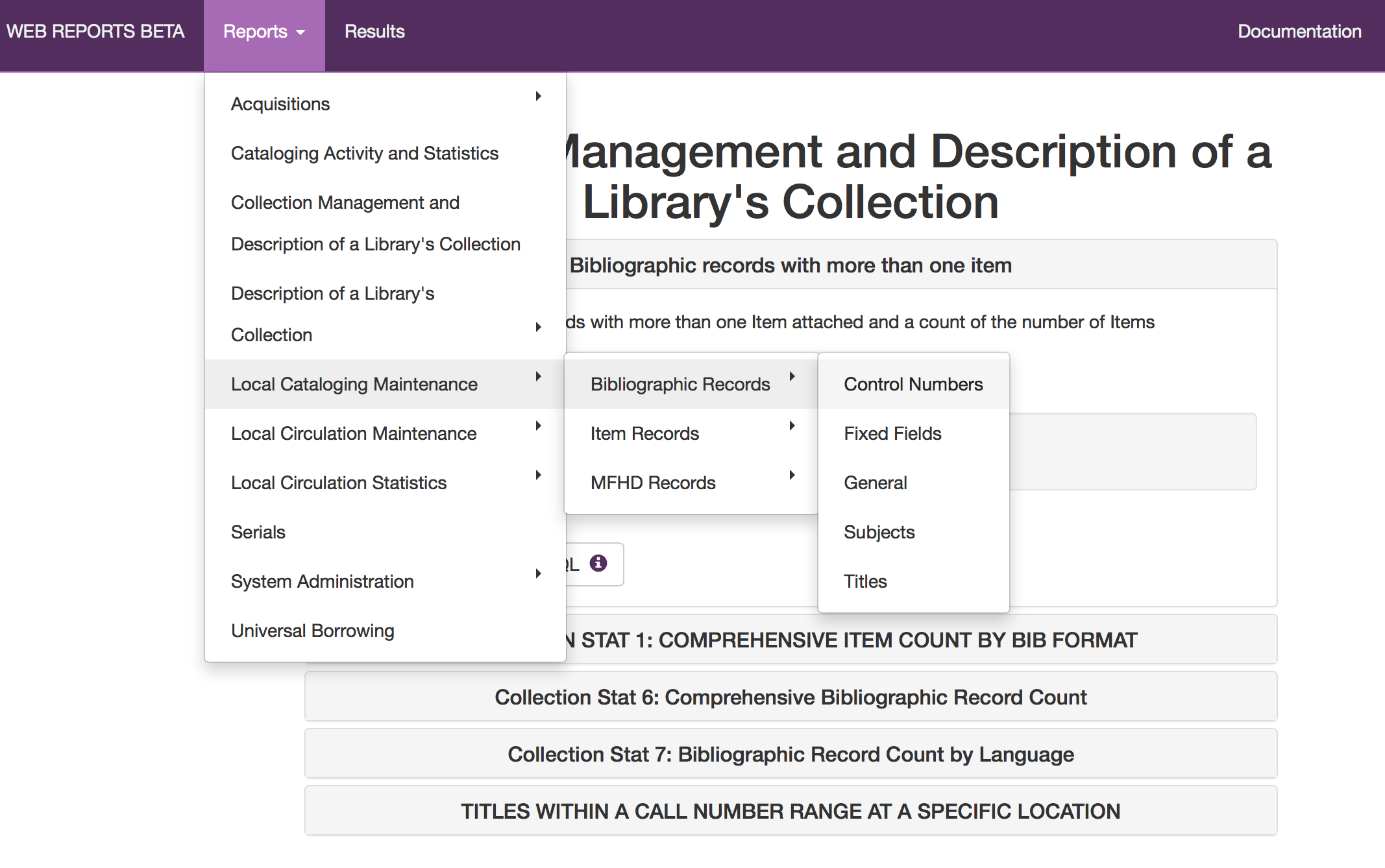 Below the menus you can see the accordions with the top one open.

I started doing my own research on UI/UX design and read that nested menus are considered poor design (and even removed from Bootstrap 3). I've been researching interface design techniques as well. But so far I have not been able to come up with anything that was able to mirror the structure of the first picture as well as nested menus. I guess I'm not very good at designing things (I can't draw very well either! :)

My question: What is a good way that does not use nested drop-down menus to display the data structured and shown in the first picture on a website?

If not a specific technique or html component, then is there a good reference I can check out that would help me out?

The main problem with nested menus is that as UI objects they are somewhat feeble. Their task is to appear for a short period of time and disappear once user made a selection. From this perspective, asking user to select multilayered menus is an awful task as menus tend to disappear on a wrong move of the mouse.

I think a better option is to make nested menus more static. For instance, user can select first level category from the menu, like presented in your mockup. This opens a page where you can provide further navigation to other topics with a tree-like structure or with drill-down links and breadcrumbs. If there are data for parent topics, you can display it in the middle of the page and navigation at the left. Something like that: 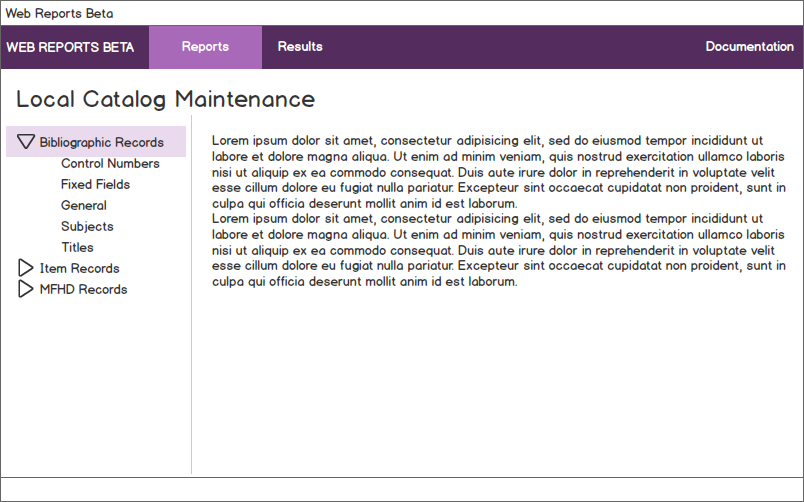 Not the answer you're looking for? Browse other questions tagged website-design web-app layout info-visualisation or ask your own question.

3
How or where to add an explanatory legend without the use of asterisk?
6
Modifying images for mobile sites: scale them or cut them?
15
Any data available on using Skeuomorphic Design in apps?
0
Displaying a matrix of information on mobile devices
2
How to display data behind a data point in a matrix?
1
How to display tabular data with search results that are tabular data
1
How can I properly display a like/dislike average briefly
6
How to show a score without numbers?
1
How to organize nested groups of forms where a user can just keep adding to them?