Is there any meta-analysis of Corporate Design Manuals or a guideline for developing CDs that includes which semantics CDMs associate with colors? What are they like, i.e. which kinds of semantic colors should be specified to be proficiently employed by users?

Many colors come in pairs of foreground (text) and background, often they can be switched. Frequently, one or the other has alternatives with different hues. Hue-based colors often come in different tints, shades and tones which often vary the different bases in a color scheme in a consistent way. Some software, e.g. MS Office, generates and offers such variants automatically: 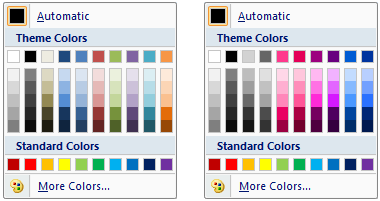 The implementation in MSO, albeit better than nothing, is an example of dumb, non-semantic color schemes. As a user you have the predefined colors available, but you don’t know what they should be used for. They will have been applied properly in document templates (often made by the same designers who wrote the CDM), of course, but that way they still only bear implicit connections to semantics.

Please note that I’m not asking about just web-design, but e.g. physical products as well. My intended focus is not the designing process but user needs and affordances, hence I’m not asking at Graphic Design.

If I have understood this correctly, you are looking to encode meaning using colour for your Design Manual - correct?

If this is your meaning, then best practice states you should not rely exclusively on colour alone to convey meaning, i.e. you should use colour and text so that there is explicit context and no confusion. You can see this is MS Outlook and MS Excel: 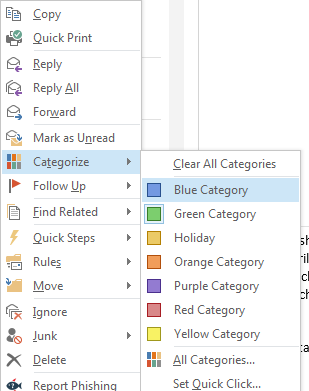 Not the answer you're looking for? Browse other questions tagged color-scheme style-guide or ask your own question.