What are some best practices to follow when designing for users completely unfamiliar with computers?

In User Testing in the Wild: Joe’s First Computer Encounter, a researcher for Mozilla encounters a 60 year old man who has never used a computer and describes what it was like to have him use a computer to search for restaurants using various web browsers. It's a fascinating read:

Me: “Joe, let’s pretend you’ve sat down at this computer, and your goal is finding a local restaurant to eat at.”

(I show Joe how to use a mouse. He looks skeptical, but takes it in his hand and stares at the screen.)

Joe: “I don’t know what anything means.”

An interesting observation was that the man spent most of his time reading and not really interpreting standard UI elements like buttons or icons. That's a testament to the importance of copy writing, I guess.

Hacker News has a thread about it in which several people are coming forward and describing their experiences with people who've never used computers before, as well as what designing and producing software for that market entails. One such person posted an interesting list of recommendations that you should consider when designing for this audience:

As for those best practices, here are a few examples:

In many ways, designing an interface for a zero-experience user is like choosing a programming language: You want the language that lets you describe exactly the program you need to make in as few instructions as possible. Likewise, you want an interface that lets your users describe exactly the action they need the program to perform in as few interactions as possible.

This led me to wonder if the UX community has any more experience designing for people like this. What kind of patterns and conventions have been established when targeting an audience unfamiliar with existing paradigms like windows, the mouse, multiple document interfaces, buttons & forms, the meaning of iconography, and computing terms like "browsers", "backing up", "folders", etc that we all take for granted?

Is there any interesting reading we could look into to better understand designing for this group of people?

For those with kids, perhaps you remember the first time your children had a go on the computer, having never used a mouse before. It's amazing how quickly they pick it up. Before you know it they're playing games on kids websites.

Ok, so they need to learn how to use a mouse having never used one before. But once they've done that, they don't need to learn to use it again for every different program and website. So it's not for long that you need to cater for the absolute novice.

This means that the range of abilities that need to be catered for are very diverse (too diverse) for a program to actually be used by all users for complex tasks. Thus, typically applications that DO cater for absolute novices will comprise very short tasks - so aiding user satisfaction on completion.

Once the user can manage these short dedicated applications, they can soon start to explore gradually more complex (relatively speaking) applications.

Most programs that cater for the traditional progression from novice to expert, don't actually cater for the complete novice because it does require a completely different thought process in almost every aspect of the design, and the two designs don't sit side by side.

I have a little relevant experience approaching this area. I was asked to design and implement a touch screen sign-in system for a pre-School childcare facility (kindergarten) where parents and carers could sign their kids in and out at the beginning and end of the day. Childcare staff had to be able to sign themselves in and out and view system records, status etc). It had to be designed for basically anyone to use as there was no scope for training and time to achieve the task is pretty limited on a busy morning.

Another example that comes to mind is a system installed in a local library near me recently. Automated check out and returning of library books (+CDs, DVDs, videos etc) where they are either placed in a 'hole' or on a shelf, (depending on whether the item is on hold maybe).

Common attributes of both these systems included:

Neither system actually shows you how to use a touch screen. A 30 second introduction from a member of staff at first point of use is all that was required in either case - typically utilizing a dummy run-through to show how easy it is. After that they could usually do it on their own.

Not many systems that will be interacted with by absolute novices will not have anyone around to help out in order to get over that very first hurdle.

It's worth bearing in mind that for a naive computer user what's on screen is just a mass of meaningless shapes and colours.

It's like seeing an impressionist representation rather than a photo of a person: 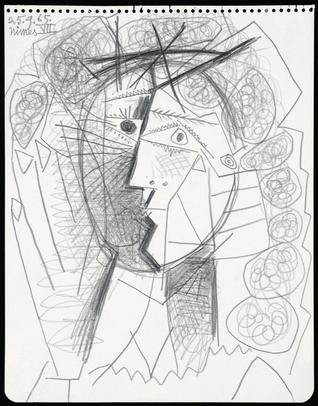 Children and teenagers learn quickly; however, the ability to 'learn new stuff' drops off after around the age of 35.

Learning to use a Windows PC and application programs from scatch for an older person is quite hard.

Not the answer you're looking for? Browse other questions tagged accessibility usability design or ask your own question.

6
What are the best resources for designing "accessible" interfaces?
10
Best way to display whether someone is the right age for a match on an online dating site?
2
Designing For Big Screens / TVs Best Practices
1
What are some design patterns for a cycle button?
4
UX to consider on a business card design
6
Headline vs. Image: What are the best practices for designing article-based interfaces for maximum readability?
4
Should icons be based on what they do rather than the appearance of an object?
2
What are best practices for registration process?